Nostalgia and longevity of good radio 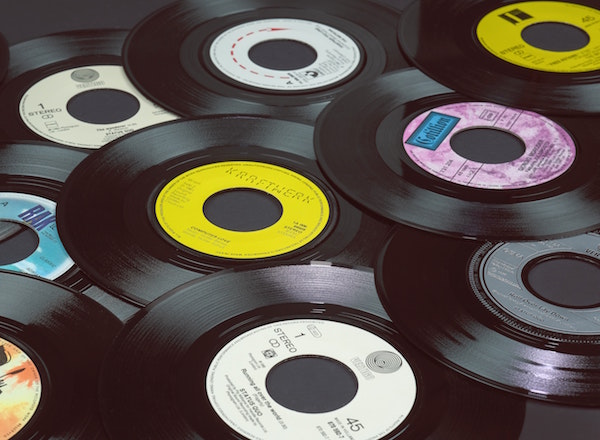 [PARTNER CONTENT] There’s no question music from the ’60s and early ’70s was in a class of its own, and listening to it today doesn’t mean you’re out of touch, it just means you like good music, whatever your age.

‘Nostalgia is an affectionate feeling you have for the past, especially for a particularly happy time.’

I’ve always been a fan of radio, particularly music radio. My interest started at a young age. By the time I was 12-years-old, in 1964, I was completely hooked and LM Radio was my favourite radio station.

There was something exotic about LM Radio. Perhaps it was because it broadcast on shortwave from beyond the borders of South Africa. Then again maybe it was the Portuguese station identification.  I always imagined the then Lourenco Marques as a tropical paradise, with palm trees, cocktails and white sandy beaches. Later, when talking to the well-known LM Radio DJ John Berks, he told me it was a similar sense that drew him to the station.

In the mid 1990s, talk radio arrived, along with new commercial radio stations catering for youth. Music radio in South Africa seemed to forget about the baby boomer generation – those born in the post-World War Two years who grew up in the ’50s and early ’60s – and the X generation born during the ’60s and early ’70s.

I was inspired to bring back music radio targeting those forgotten listeners. When I thought back to my own youth there was only one radio station that provided the model – and that was LM Radio.

I started researching the station to find out why it had been so successful and why subsequent stations such as Swazi Music Radio and Capital 604 never quite managed to have the same magic. I tracked down and interviewed people who had been involved with LM Radio going back to the mid 1950s. I collected press cuttings and audio recordings.

I found one common theme. LM Radio’s programming style, music and even the jingles connected with the listener in an intimate way. It made the listener feel that it was just for them. One particular jingle went like this: Do you remember the happy days gone by, the time, the place, the song?

Once the re-launched LM Radio went on air, we received a fantastic response. The listeners raved about how the station brought back their memories and feelings of happy times from their youth.

But what surprised us over the next few years was the response we received from much younger listeners; people who weren’t even born until the ’80s. They told us LM Radio made them feel happy. How they danced around the house when listening. How it made their days more enjoyable and how they forgot about the tough times they might be going through.

It got me thinking about nostalgia, what it is and the role it plays in our lives. We usually think of nostalgia in the way defined by dictionaries: an affectionate feeling for our pastand a longing to relive those happy times. But I realised there is much more to it. So I started listening to people and observing their response to the music we played on LM Radio,  particularly among the younger generation.

I noticed that at the LM Legends music events and even at weddings and karaoke evenings people in their late teens and early twenties knew, sang along and even danced to the songs and music of the rock ‘n’ roll, ’60s rock and ’70s disco eras.  In other words, music from a period way before they were born.

When you think about it, people in general want to know where they come from. Children love to hear stories from the parents and grandparents of what life was like and what they experienced. As we grow older we research family history, we collect antiques and enjoy watching old movies and costume drama. It all helps to connect us to our ancestry.

One of the ways this has been expressed in contemporary society is through music choices in advertising. There has been a big move towards retro fashion, products and lifestyle. Music from the ’60s and early ’70s  is often used in television advertising and in movies.

An example is the Giorgio Armani Si Passione TV commercial which used the 1963 hit You Don’t Own Me by Lesley Gore.  Music talent competitions feature music from the so called ‘golden age of music’ of the ’60s  and early ’70s . The lyrics are poetry set to music. This era reflects the new freedom of expression brought about by the hippie movement.

When we listen to music from past generations, music that our parents or grandparents enjoy, it helps us connect to their memories and stories. It triggers feelings of nostalgia, even though they were not our experiences and memories. That sense of nostalgia helps us to feel anchored in a world which is becoming increasingly uncertain. It gives us a sense of meaning and purpose helping to boost our confidence.

It seems to be a commonly held belief that radio, like other media, only reflects the world we live in. But this is not true. Music radio influences our taste in music by introducing new songs, styles and artists that we’ve not heard before. The record industry learnt decades ago that if you want to ‘break an artist’ or ‘break a song’ you need to play it on the radio until is it so familiar you want to hear more.

So why should so-called ‘old school music’ not be re-introduced and played to the younger generation as much as ‘new school music’? If it’s good music, then it’s good music, no matter when it was first performed. When the Beatles song  I Want to Hold Your Hand played on LM Radio in the ’60s, it was enjoyed by teenagers. So why would it not appeal to a teenager now?

So the question: How does nostalgia help to make enduring radio in a world of streaming audio and vast audio libraries such as iTunes?

Since the very beginning of radio broadcasting in the 1920s, radio has been the theatre of the mind. Words and music have been used to create pictures, to stimulate feelings and emotion, to enliven one’s senses of taste, smell and feel. Good radio connects with the listener and harnesses the listener’s emotions and feelings. I don’t believe that nostalgia is about trying to relive the past. Nostalgia is about stimulating the senses and making us complete people.

Radio which creates the right mix of presenter, music and imaging can harness that nostalgia and can make the listener feel that they are the most important person in the world. Therein lies sustainable radio.

Chris Turner is founder of the new LM Radio. Turner has been involved in radio communications and broadcasting his whole career. His experience covers a wide range of responsibilities in technical, marketing,  managerial and company director capacities. His primary focus for the past 12 years has been the planning, establishing and growing of LM Radio in Mozambique and South Africa. LM Radio is a Nostalgic Adult Contemporary music radio station which launched in Maputo, Mozambique in December 2009 and in Gauteng province South Africa in June 2017.  As founder of LM Radio and a ‘can do’ person, he has achieved success where many “nay sayers” said it could not be done.  Prior to this, his career focus was on radio systems engineering and planning. Though, since his teens, his main passion has always been broadcasting.