The future of traditional and digital design 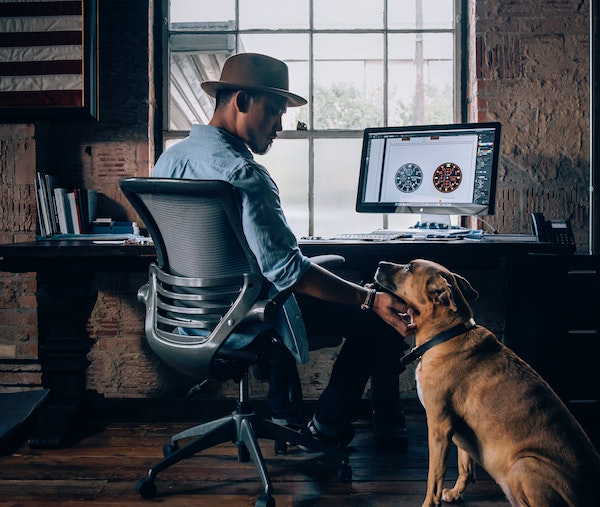 I have been tasked to deliver prophesy in the form of this article. To predict the future, I believe that it is important to have a solid grasp on the past.

The Industrial Revolution, which occurred in the mid-to-late 18th century, gave rise to the nine-to-five office. Before this period in time, the nine-to-five office as we knew it did not exist. There were no factories that workers needed to be close to and no offices required for the administrators of those factories. After the industrial revolution, things changed drastically as the world began to gravitate towards industry.

It was in this cauldron of creativity that the age of the atom and analogue communication was born. First came the telegraph, then the telephone, followed by television. This heralded in an era of unrivalled communication that acted as the catalyst for exponential technological growth in the years to follow.

Communication and computation bring us neatly to the present day. Interestingly, before this current Covid-19 global crisis, the trend of change in the way we live and work, due to our stage of technological development, had seemed to have stalled somewhat, regardless of the exponential growth of modern technology and the sciences over the past 70 years or so.

Where industrialisation forced centralisation, modern technology in the guise of the internet and automation should have led to expansion, since it clearly enables up to 40% of workers in modern economies to no longer be geographically bound to their source of income. So, why did it have to take a pandemic to force the world to adapt to a future that should have occurred in the past already?

Unlike the industrial revolution, the digital revolution experienced almost no resistance. In fact, it was embraced by both private and governmental interests. It happened much quicker than any other revolution that had come before it. As little as two generations ago, an individual would go through their lives without experiencing any drastic change. In today’s world, new technologies manifest on a daily basis to subtly change and shape the immediate future.

Pre-Covid-19, creative agencies used to operate on what I like to call the battery-farm principle. They wanted bums on seats arranged in neat rows. I can only chalk this up to the security of habit and routine ingrained into corporate culture and demanded by skittish shareholders. Set hours seemed far more important than results. Companies would prefer staff to rather sit at their desks and peck mindlessly at their keyboards instead of allowing them the freedom that Covid-19 ironically exposed the world’s workers to by putting them into lockdown.

I do believe that the world would have naturally gravitated to the off-site working model, but Covid-19 expedited matters rather drastically. Now, we are beginning to wonder why we sat in traffic for so many hours. We also wonder why we rushed about for meetings that could have been done on Teams or Zoom.

Interestingly, off-site working is not a new concept. It is one that companies like Grey Advertising have been gravitating towards. It is partly because of this emerging agile structure that our agency is weathering the Covid-19 pandemic without having to make too many uncomfortable concessions.

The future of traditional and digital design is this. Offices will transform into places where designers are motivated to want to be, not where they have to be. Offices will transform into hubs of social and professional gathering where networking, meetings and brainstorming will be staged. It will no longer be a place of work. Work will be done where these masters of creation feel most comfortable.

The way designers work will also change over time. In the next ten or so years professional designers will find themselves working on contract for more than one agency and experience a diversification of their function far beyond the parameters of old school agency work. The tools designers use will also change drastically as technology begins to automate the drudge work and grows far more intuitive and intelligent. In this future the designer won’t be using their tools as much as they will be collaborating with them.

Design must attract attention in order to expand the legend (brand) of an agency’s clients. Now is the time of the emerging new normal, new patterns and increased chaos. Now is the time to allow the designer to expand. This is important since the product of their labour is what creative agencies sell, and free-range design will improve that product in surprising and probably lucrative ways.