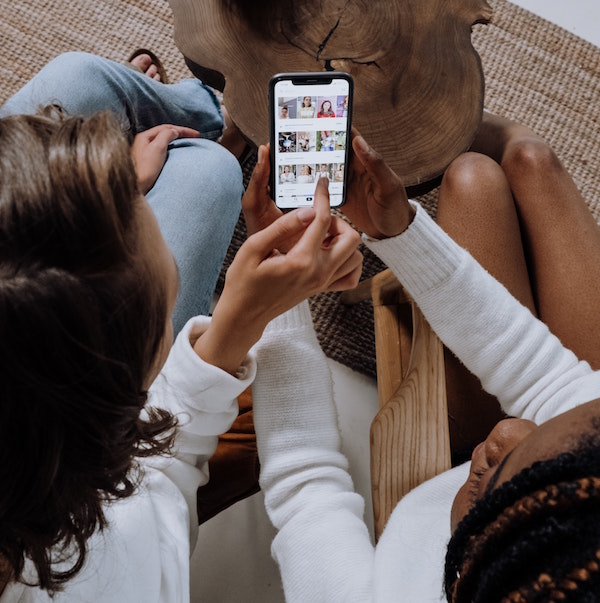 It’s also become a geopolitical football. Owned by Chinese company ByteDance, TikTok has been banned by India along with 58 other Chinese-owned apps in July in response to escalating border tensions between the two countries. The Trump administration issued an executive order banning TikTok and Chinese-owned messaging platform WeChat from engaging in transactions in the United States beginning on 15 September. The company sued the Trump administration in August in response to the ban.

As a political scientist who studies social media, I’ve looked at what makes TikTok unique and why young people have flocked to it. In short, the phone-only app lets users record themselves dancing or goofing around to a music or spoken-word clip and then alter the videos using a wide array of effects. Despite its superficially frivolous nature, young people have been using the platform to send political messages, coordinate political actions and hang out in an online space largely free of adults.

Each tiktok is a 3- to 60-second-long video that loops when finished. The majority of the screen is taken up by the video uploaded by the user. The app offers a wide range of options for customising and combining these videos, including video taken with the user’s smartphone, photos uploaded from the web, emojis and other text superimposed on the video, and special effects. The app’s library of filters and video-distorting effects is like Instagram filters but for video.

The bottom of the screen contains information about the ‘sound’: the audio file that accompanies the video. These ‘sounds’ can either be user-uploaded or chosen from a library of popular sounds. This library contains both snippets of songs by professional musicians and silly recordings of people talking. ‘Sounds’ have had a huge impact on the music industry: ‘Old Town Road’, one of the most popular songs of all time, first gained popularity as a TikTok ‘sound’ with an associated dance.

When you open the app, you encounter a tiktok that starts playing. This is the ‘For You Page’, which plays tiktoks that TikTok’s algorithm recommends for you. To go to the next tiktok, you swipe up. To see the account that uploaded the current tiktok, swipe right.

Like Netflix, the default mode of encountering content is through the recommendation algorithm, not through the construction of ‘friend’ or ‘follower’ networks. And like Snapchat and Instagram, TikTok can only be produced on mobile phones, favouring younger users who are more fluent with smartphones than computers.

TikTok is the first social media platform to combine these characteristics. The result is a unique way of conveying and consuming information.

The combination of video media and the ‘feed’ makes TikTok especially information dense. There’s a lot going on with each tiktok, and there is a never-ending stream of tiktoks.

Unlike text, video media operates on two parallel pathways, conveying explicit information (the kind found in speech or writing) and implicit information (social cues like the TikToker’s clothes and hairstyle, or emotional affect from music) at the same time.

The ‘feed’ enables a social media consumer to scan through several pieces of bite-sized content per minute, extracting information in a much more efficient fashion than from a television broadcast. In combination, these trends make scrolling through the ‘For You Page’ a whirlwind experience, a significant advance in information density.

If you spend a few hours on TikTok, you’ll see how this works. Other media begins to feel “slow,” even formerly compelling products like a YouTube video or Twitter feed. Younger people tend to love intensity – loud music, bright lights – and its no surprise they find TikTok compelling.

TikTok also shifts the costs and benefits of posting. On the costs side, because TikTok is designed for smartphones it’s easier for some people to use, and harder for others. As a general rule, the more years of your life you spend using a technology – and the earlier in the life cycle those years are – the more skilled you become at using that technology.

TikTok also encourages videos filmed in the vertical orientation inherent to smartphones, so they can be created wherever the user goes, whenever they have a spare moment.

In terms of benefits, the importance of the recommendation algorithm over ‘friend’ networks means that everyone is guaranteed to get at least a few views, even on their first tiktok. On Twitter, say, you might log on and tweet dozens of times before you get any ‘likes’ due to the importance of ‘follower’ networks in determining what people see.

TikTok’s ‘For You Page’ varies between showing the user extremely popular tiktoks and tiktoks with only a handful of views, thus promoting greater equality than on traditional social networks. Overall, TikTok offers an online platform for young people that feels unusually disconnected from the adult world, one in which they are sure to get some amount of attention.

Finally, the ‘sounds’ that users combine with their personalised videos represent a novel way to categorise and navigate a social media platform, a feature unique to TikTok. If you click on the ‘sound’ at the bottom of a tiktok, you can see all of the other tiktoks that use that sound file.

The most common example involves a specific dance routine paired with the accompanying ‘sound’. The audio is constant across this group of tiktoks, but each user provides a unique video of themselves performing the dance.

These dances are examples of TikTok memes. ‘Memes’ on more text- or image-focused platforms involve some fixed ‘meme format’ that is then remixed by users who edit the image or text to create a given ‘meme’. On TikTok, however, the raw material being remixed is the user’s body, as the user performs the behaviour associated with the meme format, what I call “embodied memes”.

This makes the body much more prominent on TikTok than other platforms. Whereas clever wordplay goes a long way on Twitter, TikTok rewards conventionally attractive or otherwise striking bodies to an even greater extent than Instagram.

This also means that the identity categories that are increasingly central to politics play a major role on TikTok. Embodied memes often play with the race, gender, appearance or physical location of the TikToker.

More conventional image memes can seem anonymous or disembodied as they are shared around the web. With TikTok, it’s impossible to separate the individual from the meme.