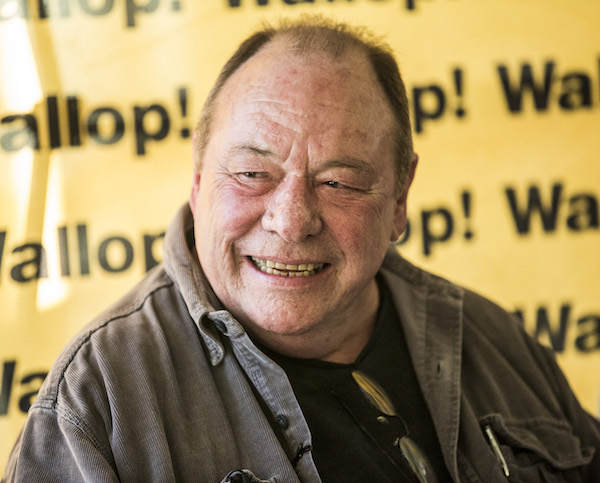 Brian Searle-Tripp has died at the age of 80

Brian Searle-Tripp, one of the local advertising industry’s creative greats, has passed away in Cape Town at the age of 80.

Searle-Tripp was a legendary art director and, in 1976, one of the founding fathers, with Roger Makin and the late Bob Rightford, of the Cape Town agency Rightford, Searle-Tripp & Makin which became a powerhouse, and through a partnership with Ogilvy & Mather, achieved global recognition.

Fellow co-founder, Roger Makin, says; “Brian slept, ate, drank and smoked advertising. I’ve had a lot of luck in my life, but my biggest stroke of luck was being partnered with Brian, by Allan Raaff, as copywriter and art director. We had a tremendous rapport, and often, while a client was briefing us on a campaign, Brian would smile at me and I’d smile back as we’d already come up with the big idea.  We were, as they say, ‘joined at the hip’, and I feel that a part of me has died.”

Searle-Tripp, a larger than life character, was one of the driving forces of the Red & Yellow School of Logic and Magic which he helped to found in 1994.

In 1995 he became the first recipient of the South African Creative Directors’ Forum Hall of Fame award. In 1996 he was the Financial Mail’s Advertising Achiever of the Year.

Ogilvy Cape Town managing director, Vicki Buys, says “Brian’s contribution to our agency and our industry was immense, his legacy lives with us to this day. We have lost a giant”.