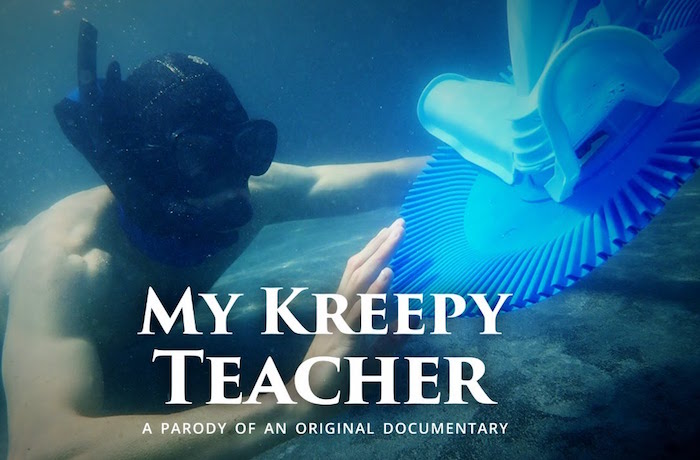 A rapid-fire tactical Kreepy Krauly campaign launched in response to the Netflix hit, My Octopus Teacher, is a perfect example of how a small budget can deliver results in a marketing landscape where speed, creativity and agility matter more than big, bold and expensive branding.

It also raises the question of how agencies should be fairly remunerated in a shifting digital marketing landscape.

The spoof film – created for Kreepy Krauly by Mike Sharman and Glen Biderman-Pam of Retroviral – is a fantastic, well-executed idea and the brand deserves kudos for signing off on the concept in record time.  The client is no doubt thrilled with the awareness, recognition and social media buzz the campaign has generated.

Nonetheless, one must ask how any agency can turn this sort of execution into revenue. As we all know, agencies usually get paid a fixed hourly rate and earn commission off media placements. However, many people in the industry are exploring whether there aren’t other remuneration models where agencies get paid for value rather than hours of work.

Digital agencies lend themselves to an output-based or value-based compensation model more than traditional agencies. They have the tools to objectively measure results which should, in theory, enable them to adjust their fees according to the value they create or their success in meeting the campaign objectives.

Three years ago, I interviewed a few agencies’ leads about whether they have come across or implemented any innovative approaches to client-agency remuneration. It seemed that only digital agencies were binding remuneration to results. Most media, creative and PR agencies did not seem to have a vision beyond today’s retainers and hourly fees.

In my practice, I have continuously pushed for transparency, which is the way to go with most agency scope of work. However, when you come across a great idea such as this or Telkom’s ‘Free Me’ campaign by DDB, it does make you wonder whether the remuneration is fair for the massive value it creates.

This brings me to another relevant observation. Digital provides you with an ability to produce content cost effectively compared to any other broadcast medium with no media flighting costs; plus, you can often get away with lower production costs. Once the video is on YouTube, people can view it at their leisure and share it with their friends.

We also often find that when a brand is investing in a big broadcast campaign, it will demand bold branding and in-your-face use of the product in the creative. In the case of Kreepy Krauly, no big or crude branding was needed to ensure that the viewer had 100% product recall.

This proves that if the idea is strong enough in linking with brand and product, there is less need to hammer it home. It’s a fantastic showcase of how you can get away with understated branding, increasing viewer engagement.  With the My Octopus Teacher spoof, there had to be strong creativity and strategic acumen at work to make the connection with the brand and the movie’s emotional story.

People in the industry used to say you can have great, cheap and fast but never all three at once. Well done to Retroviral and Kreepy Krauly for proving us wrong.

Angelika Kempe is executive consultant at AdOps, a specialist advertising consultancy with a difference. It focuses predominantly on managing the relationship between marketers and their agencies.