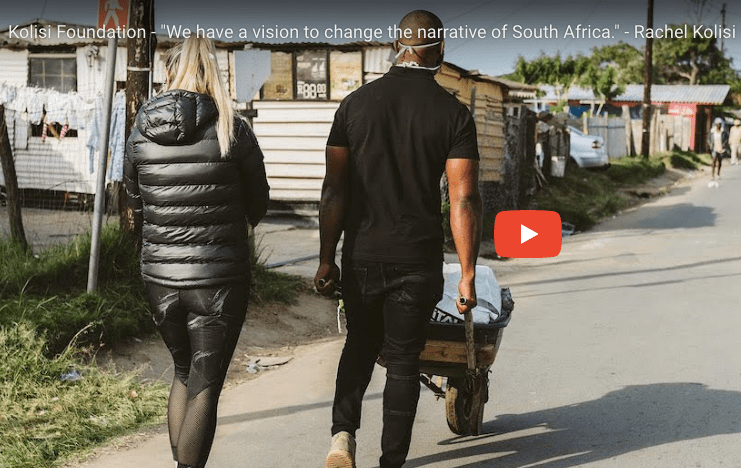 Siya Kolisi and Cheslin Kolbe are back in action on the rugby field and in business.

Despite Kolisi not drinking alcohol, the Springbok/Stormers captain said he was proud to be partnering with Pernod Ricard, “alongside my brother Cheslin, whose commitment to making positive change in South Africa couldn’t be stronger. As a collective, we share very similar values – caring for our people, family and fellow South Africans”.

Cheslin Kolbe, considered one of the best talents in world rugby said, “I am thrilled to partner with a brand like Pernod Ricard who are aligned with my ambition to contribute positively to our most vulnerable communities in South Africa. I’m excited to see the positive differences we can make together.”

As international superstars, Siya and Cheslin are both deeply committed to addressing challenges in their home country, with particular focus on food insecurity. Siya, of the Kolisi Foundation, launched alongside wife Rachel, and Cheslin of Be the Difference Foundation, launched alongside wife Layla, are both working via these philanthropic platforms to supply those most disadvantaged with the resources they need to stabilise their households.

“We are excited to be partnering with Siya Kolisi and Cheslin Kolbe, not only because Pernod Ricard has a longstanding association with the game of rugby, but because they represent the spirit, trust and commitment which is the foundation of our business,” said Paul-Robert Bouhier, CEO of Pernod Ricard Sub-Saharan Africa.

The global sporting icons have faced similar adversities in their rise to success and, as such, are fully aligned in utilising their voices and platforms to highlight the challenges faced by those most vulnerable across South Africa and the need for local investment with economic hardship having been intensified by the Covid-19 pandemic. In response to this, Pernod Ricard South Africa will be launching a major integrated campaign to support the local economy over the festive season.

The pair are both represented by Roc Nation Sports.