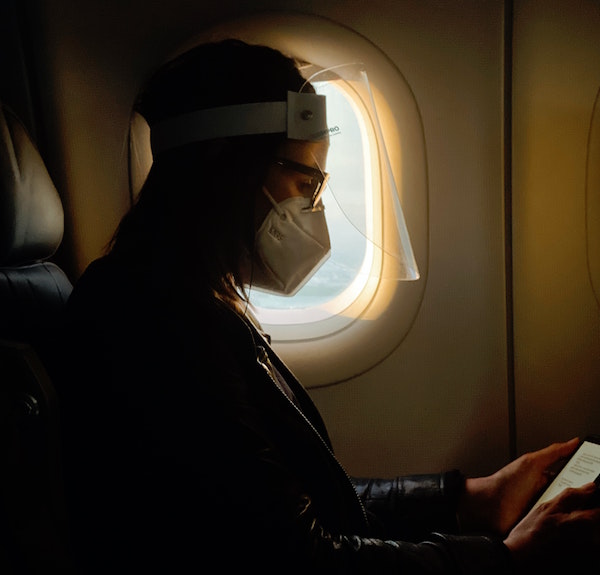 The ARB has ordered FlySafair to withdraw the offending commercial from every medium in which it appeared. Some scenes showed actors not wearing masks or socially distancing

In a recent decision by the Advertising Regulatory Board against FlySafair, the board found that compliance with Covid-19 regulations extends to “make-believe” marketing initiatives such as advertisements or commercials

The Covid-19 pandemic has had a devastating impact on many businesses, which have been irreparably harmed by the lockdown restrictions. Under government’s ongoing efforts to contain the spread of the pandemic, all businesses are required to comply with the regulations issued in terms of the Disaster Management Act, 2002 as a condition of trade.

What does this mean in practice for advertisements and commercials?

According to the Advertising Regulatory Board (ARB), advertisements or commercials must toe the line. The facts of the FlySafair decision are briefly summarised below:

The complainant alleged that, because of these images, the FlySafair commercial depicted a disregard for safety and the social distancing protocols currently mandated under the regulations.

In its defence (amongst other arguments), FlySafair submitted that the costs involved in shooting an entirely new commercial were prohibitive, given the extreme economic impact that Covid-19 has had on the aviation industry. To mitigate this problem, FlySafair had to use archived advertising material which was filmed before the pandemic. This archived material was used in conjunction with other new material which shows actors complying with the regulations by, for example, wearing PPE.

FlySafair also argued that the scenes in question were accompanied by a disclaimer which states that “Some scenes in this commercial were filmed pre-Covid-19. FlySafair supports the use of face masks”.

The ARB considered the following questions:

In considering these questions, the ARB considered the Code, which states that an advert cannot support illegal activities or contain dangerous practices.  The ARB found that the scenes in question therefore contravened the Code.

It is noteworthy that the ARB found that, while the scenes at issue included the disclaimer, this did not take away from the illegality of certain aspects of the commercial. The disclaimer only appeared during the final two seconds of the commercial. It was in a very small font and could have been overlooked by viewers. The ARB found that, for the disclaimer to make a difference, it would have to be legible and impossible for the reasonable viewer to miss.  The commercial was found not to have satisfied these requirements.

The ARB expressed sympathy for the financial woes faced by FlySafair and conceded that filming new footage in the current economic climate would have been expensive. However, the ARB found that this was not material. It found that if the commercial condoned breaching the regulations or showed unsafe behaviour, it was in breach of the Code. The fact that a new advert would have been expensive was not a sufficient defence.

Accordingly, the ARB ordered FlySafair to withdraw the offending commercial from every medium in which it appeared. Members of the ARB may not accept or air the commercial in its current format.

Covid-19 has left an indelible mark on our economy that will be felt for some years to come. Arguably, there is a pressing need for the business community to double down on marketing efforts to improve their financial standing by winning customers.

Requiring businesses to film or produce new marketing material which complies with the regulations arguably creates another significant barrier to survival in an environment where the continued viability of many businesses is under threat. While the ARB must be guided by the Code in policing the industry, it should not be myopic in doing so and must execute its mandate in light of the prevailing economic context.

In the same vein, businesses are encouraged to review their current advertising material and take steps to ensure that their services are promoted in a manner that complies with the regulations and therefore supports national government’s efforts to contain the spread of Covid-19.

Ziyanda Ngcobo is a senior associate at Webber Wentzel. She is an experienced regulatory and policy affairs professional with in-depth knowledge of the broadcasting and telecommunications sectors. She has worked as in-house regulatory counsel for organisations such as MultiChoice Africa Limited where she serviced markets such as Zambia, Zimbabwe and Namibia in ex ante and ex post regulatory matters.