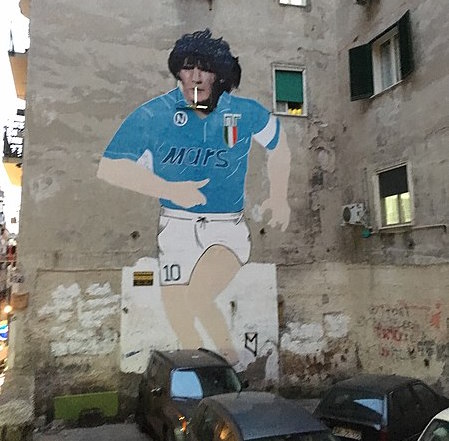 Am I grumpy? Well yes, a bit. You’ll have noticed that the #16days started this week; I’ve never got this campaign, it’s old and tired, just like our approach to GBV, and it’s downright depressing. Just as I was about to ignore all the narrative that never goes anywhere, I came across a treasure.

Melanie Muller, she too, is sick of the #only16Days? And #DoSomething calls for help. I will never forget the woman who tore off her clothes in front of the President to show her war wounds and nothing happened. This week Mel launched a campaign that talks about not surviving GBV but more importantly how these women have risen, they are no longer victims they are thriving despite their horrific experience.

Now that’s a campaign that I can get behind. There’s more, it’s not done by some fancy agency, it’s just Mel and her vast experience in visual story telling. Check it out #UnsungHeroes #ImASurvivor #IamARiser.

While Mel was working hard, what was the rest of South Africa doing? Well the ANC reinstated child rape accused, a party provincial leader in Mpumalanga; he’s out on bail for R20k and has been reinstated – ah, who needs words when we have actions. Even #JessieDuarte was unhappy, sit down Jessie, we saw you a long time ago. [Note from editor: News24 confirmed this morning that the ANC has fortunately reversed this decision. How it was made in the first place remains inexplicable.]

Then ATM (are they still here?) are bringing a motion of #NoConfidence against our President. This is an interesting story as remember there are factions within the ANC and I don’t believe ATM are acting alone. Keep watching South Africa, this might be quite interesting. I see secret ballots are not allowed, so I assume we’re still going to have our President after this waste of time smear campaign.

The most riveting stuff this week was and still is, #MinisterLuckyStar #TitoMboweni’s Twitter timeline; he’s like Trump but good. As his audience spikes and we ordinary South Africans take heart at a politician that tells it like it is – SAA funding was not his decision and naturally the ANC are very cross. Social media jested that for #BlackFriday we should sell #SAA. Not a bad idea, I won’t be buying though.

#StateCapture shows its teeth as #Zondo has a gut full and issues a directive for criminal charges against Zuma. Does this mean another court case, can someone explain please? While this is playing out, senior advocates are being threatened and #zuma is whining that the this is an “unwarranted personal attack”. Unwarranted? Definitely not. Personal attack? Absolutely.  At least 20 million people are very angry #uBaba and we want you to answer for what you did. As #Agrizzi lies in hospital and still ‘fessing up, I can’t believe I’m going to say this but JZ, #BeLikeAngelo.

In other riveting #ZondoCommission news, #ZiziKodwa was named at the State Capture Inquiry and it’s not good. Several times his name came up for suspicious payments. We also watched how EOH colluded with government to pay “kickbacks” (read fraud).

South Africa wants to enforce 30% rule on #Netflix for local content, why though? Why can’t we just add local content? Why do we have to be choked on what we watch? Surprisingly I’m really into foreign series and movies, I’m even learning languages (well mostly swear words) in Spanish and French, surely this is good for South Africans? ADD your content, don’t remove the rest. You may be surprised at how valuable South African content is. South African film and drama can be overwhelmingly good. Put your hat in the ring South Africa, don’t chop up the hat.

Brackenfell, racists and the EFF have a co-dependent relationship, that’s all I have to say on Brackenfell and the EFF. However, on Brackenfell as a whole, can the Department of Education actually DO something? The voices of the children have been very clear; all is not well at this school.

Then Ace’s PA went turncoat, wonder why, hey? I suppose we all have people we love and care about and if those are threatened, you may think again. There is zero evidence to support my claim but I’ve been watching #AccusedNumber1 for a while and it seems to be the type of thing he would do.

Ford paid 50k per burnt car. How long ago was that for it still to be a big story in the media? How not to handle a crisis 101!

#Gordhan vs #EFF showdown featured this week. You’ll remember he almost got into a massive brawl in 2019. Well, Parly issued a disciplinary hearing against the EFF, and in true EFF style, they didn’t pitch. Why are they still here? While we are on the #EFF, Cele threw down the gauntlet about the EFF’s comments on SAPS. I don’t envy anyone who gets a #CeleGauntlet. Run!

Well here’s something interesting. Apparently if you failed your exam, you get an extra 5% for effort – I’m not making this stuff up. What are we doing to our children?

Talking about our children #Bushiri denies rape charges, why isn’t he back in South Africa? This is really a farce!

Let’s check how things are across the waters. Mankind, all of mankind, mourned the loss of #Maradona. This colourful character that we adored regardless of his flaws is no more. I can’t imagine a single person who is not feeling a sense of loss this week for the man who coined the phrase “the hand of God”. May you be with Him now, Diego.

#Hanekom said #ElonMusk must give us money, I mean seriously? Elon hates us, a lot and he denies his roots at any given moment; we don’t want your shady money, Elon, even if it is #Thanksgiving. Oh and the former South African called #TrevorNoah is to host the #Grammys. Why do I feel so unpatriotic with Trevor? I used to adore him, wonder why? Is it tall poppy syndrome? And then Lewis Hamilton was knighted. Yawn. What does that even mean?

Let me cheer you up, it’s the weekend and we have a short time until the country goes to rest. We need it. And we always have #TitoMboweni Sha SHA.