Fear as an official language for South African women 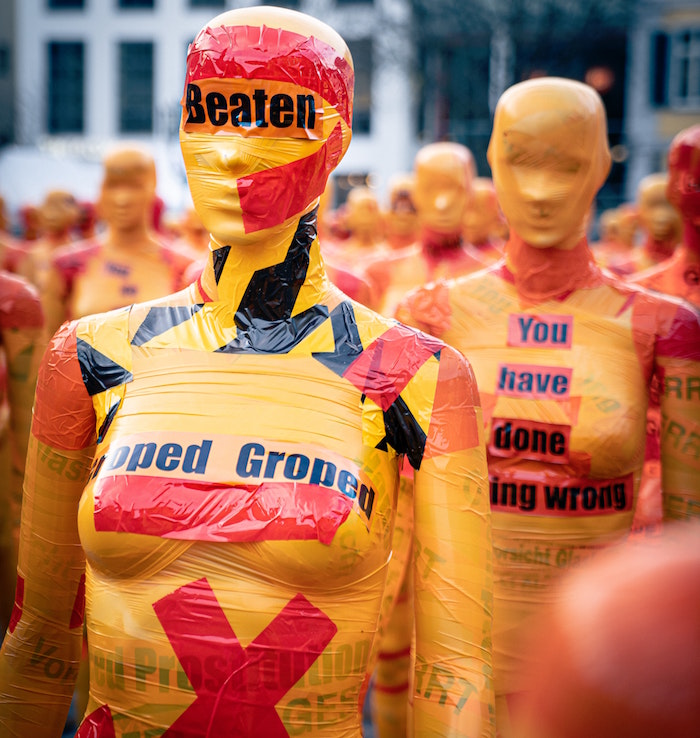 Of all the toothless campaigns designed to solve social issues, 16 days of activism is perhaps the most infuriating.

The end of November comes with a few things South Africans have come to expect. Hot days, unimpressive Black Friday sales and the generic talks of keeping women and children safe as the 16 Days of Activism for No Violence against Women and Children campaign begins.

As stories go up about this toothless campaign, they are flanked by screaming headlines about women and children being raped, murdered and abused – a recurring pattern in the landscape of South African life.

Not even two days into the 2020 campaign, a woman and her five children were brutally murdered in the Eastern Cape. A shocking and gruesome story, but one that fits the narrative of the fear and violence that women and children in this country are constantly surrounded by.

It’s hard to even remember that our government has an ongoing comprehensive programme for 365 Days of Activism for No Violence Against Women and Children. What do you we call it when such campaigns exist but our realities show the opposite daily?

A looming cloud of greyness

It is confusing to live in a place where women are vigorously working to create a better society. In boardrooms, art spaces and the streets, there are stories of women charting their own courses. These women do this with the belief that there is a better future worth working towards.

Seeing this hope come to life through projects, entrepreneurship, collaborations, friendships and stokvels that change lives is something that brings colour and meaning to life, especially in a year as jarring as 2020.

Nothings turns that kaleidoscope of hope and colour into a heavy, unrelenting and endless sea of grey like the reality we face daily. At any point, any of us can be hunted down and killed for what seems to be sport in the current climate.

Despite promises that our leaders are dealing with the matter, our reality continues to be shaped by paralysing fear that has all of us wondering, #AmINext ?

Recently, a former ANC MEC was released on bail and had a crowd of people celebrating his return. He has been accused of raping his underage daughters. Worse, the ANC in Mpumalanga wanted to return him to his previous position and only a public outcry prevented that travesty of justice from taking place.

When the violence goes largely unchecked, even in highly public cases like this one, the message to women and children can only be: “You are not safe and help isn’t on the way.”

As a society in general, and as women specifically, how do we reconcile all these messages and realities and still make our way through the world as sane, whole human beings? At what point does the grey cloud take over? After you become a statistic or does it happen while you’re still nervously looking around trying to figure out how to dodge danger, even in your home?

Helplessness as an official language

The discourse around men needing to be the ones at the forefront of this conversation has been ongoing. We’ve even seen campaigns pop up with men at the centre. Without ever taking away from the amazing work done by some organisations and individuals to deal with this pandemic, the question still remains, “what progress are we making?”

If these annual campaigns make no difference, why do we put so much energy into them when we have bigger tasks to focus on? Sitting back and doing the same thing annually and expecting different results is no different than turning a blind eye to those who kill and abuse women and children.

If this piece seems to ramble with no clear solutions, it’s because helplessness and fear have insidiously started to settle into the bones of the women of this country. We have cried, marched, shouted and spoken our way into a maze that seems unsolvable by us.

Our efforts have been exhausted. We need assistance. We cannot be victimised, despite and sometimes because, of our efforts to keep our society going. We cannot have our very beings be a constant target on our backs.

Tired and terrified, we still find it within ourselves to wake up daily and attempt to build better lives and societies. That is not something to be celebrated despite what the mbokodo messaging suggests. That is dehumanising. And we are collectively exhausted of our dehumanisation which has us at this very point. And no 16 days can fix that.

Cuma Pantshwa and Zama Nkosi-Mabuye are the founders and directors of Asante Blush, an agency designed to serve and help brands and organisations elevate women’s voices.