LATEST NEWS
Home Communications Opinion The Lost Boys of Bird Island: A rebuttal and an indictment

The Lost Boys of Bird Island: A rebuttal and an indictment 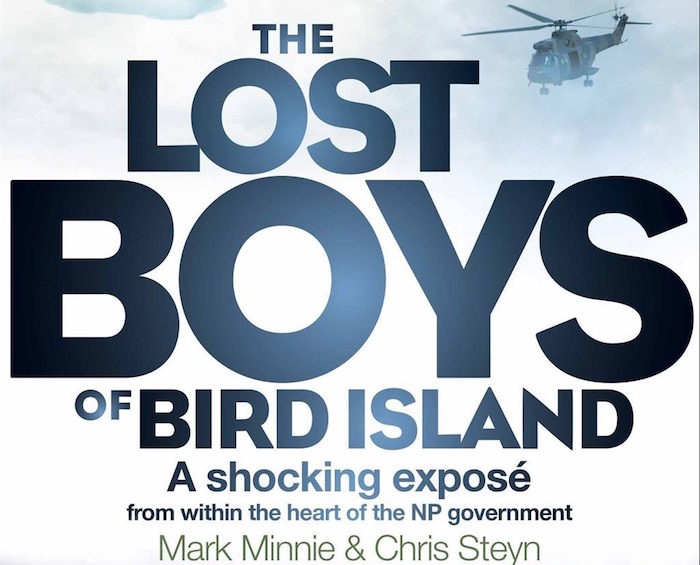 It has been forensically proven by private investigator Wouter de Swardt of Fox Forensics Private Investigators that the story and the book about the Lost Boys of Bird Island was a complete and utter hoax. Mark Minnie duped Chris Steyn and the two of them then hoaxed Maryna Lamprecht – the non-fiction editor of Tafelberg Publishers and the complete board of directors of Media24 and Naspers. The onus was nevertheless on Media24 to undertake a proper and compelling due diligence. Nobody did any due diligence.

It is of telling interest that after more than 30 years since the alleged crimes and nearly two years since the book was published, NOT A SINGLE WITNESS OR VICTIM HAS COME FORWARD to testify. After nearly two years of investigation by the SAPS Special Child Protection unit led by high-ranking officers, they too have not found a single piece of evidence or witness or victim. ~ Johan Victor, Wouter de Swardt and Koos van der Merwe

On 29 March 1987 I, as an SABC TV News reporter and other media representatives, stood outside the home of John Wiley, the National Party MP for Simon’s Town after the news broke that he had committed suicide.

A contemporary of mine at the time was the Cape Times crime reporter, Chris Steyn, who, 12 years later, was to publish her memoir, ‘Publish and be damned – Two decades of scandals’, which I considered a valuable addition to our media history annals.

Fast forward to 3 March this year and NB Publishers, a subsidiary of Tafelberg, announced it was withdrawing a book that Steyn had co-authored with a former policeman from Port Elizabeth, Mark Minnie. It apologised to former National Party finance minister Barend du Plessis to whom the book, The Lost Boys of Bird Island, alluded (offering a R3 million settlement for his “pain and suffering”). In a press release, Media24 said it acknowledged that the allegations were “unfounded”.

Now a website has been created which exposes all the falsehoods in the book in clinical detail and you can find it here. The events which led to the creation of the website can be found here.

The book alleged that Du Plessis and Wiley along with former NP defence minister Magnus Malan had been part of a paedophile ring, which had used SADF Puma helicopters to ferry teenage boys to Bird Island where they were sexually abused.

There were three facets of the book which, to my mind, should have immediately raised red flags.

I remember thinking at the time that the claims in the book had as little veracity as the Sunday Timesclaim that SARS was running a brothel.

For me, the most startling revelation in the book is contained on page 3, point 64 of lawyer Johan Victor’s open letter to the CEO and board of Naspers.

Victor writes that three days before the launch of the book, Minnie emailed Steyn and Lamprecht with the following concern:

“We have no concrete evidence to the effect that any of the three ministers sexually molested a victim. We need a victim to come forward and make an accusation followed by an identification.”

Despite that, the book was launched with attendant publicity in all the Naspers newspapers and sent to bookshops to sell.

What on earth were they thinking?

One can only assume that they were reassured by a legal opinion obtained by Tafelberg which pointed out that Malan and Wiley were dead, Du Plessis did not have the money required for protracted litigation and the law did not enable the families of these men to be granted financial recompense for the traumatic impact the book would inevitably have on their lives.

While that might have been valid in theory, it was devoid of morality and empathy and it did not take into account the ensuing outrage in the Afrikaans community.

On 26 March last year the editor of Beeld, Barnard Beukman, wrote that the book was a low point in the history of South African publishing.

Lawyers Johan Victor and Dr Koos van der Merwe (the former IFP member of parliament) and private investigator Wouter de Swardt teamed up to  expose the falsehoods in the book.

The turning point came when De Swardt was appointed by the Foundation for Human Rights to investigate the claims in the book.

In August 2018 he travelled to Port Elizabeth with forensic investigator Dr David Klatzow to investigate the suicide of Mark Minnie and the central claim in the book, that Malan, Wiley and Du Plessis has been part of a paedophile ring operating in the city. Minnie, nine days after the book was launched, was found dead along with a suicide note.

De Swart’s report to the Foundation for Human Rights sets out in stark detail the sequence of events leading up to Minnie’s suicide and comprehensively rebuts the claims made in the book.

Particularly telling is the affidavit of one of the main figures in the book, Thomas Case, which De Swardt was instrumental in procuring.

Equally telling is the affidavit of Dr Andrew Hillock, the doctor who was alleged to have operated on the on the boy supposedly shot in the anus by Magnus Malan.

The section of website headlined The Lessons’ is trenchant and apposite given the keenly awaited findings of the SANEF-initiated Satchwell Commission investigation into media ethics and credibility.

The Lost Boys of Bird Island negated two of the founding pillars of ethical journalism – do least harm and when in doubt, leave out.

For too long South African media companies have operated on the premise that they are unlikely to be sued and, if they were sued and lost, the amount they would have to pay in recompense was derisory.

The multi-million settlement by Naspers with Barend du Plessis and the families of John Wiley and Magnus Malan will have no significant impact on the company’s bottom line. The reputational damage it has experienced, however, particularly in one of its core target markets, the Afrikaans community, is incalculable.

Cognizance should also be taken of the devastating impact that mass media lies have on the victims who are the targets of such scurrilous journalism.

As the Lost Boys of Bird Island website points out, despite the multi-million rand settlement by Naspers, Barend du Plessis will still be left out of pocket because this money did not fully compensate him for the legal and medical expenses he incurred as a victim of the lies propagated about him by a media company.

A similar situation has just occurred in the US where Fox News has paid an undisclosed amount to the parents of a murdered employee of the Democratic Party, Seth Rich, after falsely claiming in a politically-motivated smear campaign that he had been instrumental in leaking Hillary Clinton’s emails to WikiLeaks.

In South Africa, such abuses will occur for so long as our jurisprudence imposes derisory fines on those who abuse their media influence with impunity – precisely because there is no significant financial deterrent.

In January the EFF issued a one sentence apology and paid Anton Harber and SABC journalist Thandeka Gqubule R40 000 each after falsely accusing them of having been apartheid-era security police spies.

Given the lives of luxury to which the EFF party leaders are accustomed, they probably considered it money well spent.

What the verdict in this court case reveals is that the similar accusation by Iqbal Survé and Adri Senekal de Wet against amaBhugane’s Sam Sole were just as false and just as defamatory. They each have a chapter in the recently published book by Alexander Parker and Tim Richman, ‘50 People who f***ed up South Africa – the Lost Decade’.

There is some comfort to be drawn from the Lost Boys of Bird Island saga apart from the fact that De Swardt is unequivocal in saying that Steyn and publisher Lamprecht were duped by Minnie and that comfort is the fact that members of the media fraternity were quick to raise the alarm.

Jacques Pauw published an article debunking the book’s allegations and between August 2018 and March this year the former CEO of Naspers Newspapers, Hennie van Deventer, wrote eight letters to the Afrikaans press expressing his outrage about the book.

Hopefully such matters will be addressed when the SANEF-commissioned Satchwell report on unethical journalism and media credibility announces the outcome of its investigation and makes known its recommendations on what it considers effective counter-measures.