LATEST NEWS
Home TMO.Live Blog Seven days on Twitter: #JacksonMthembu leaves a message for us all

Seven days on Twitter: #JacksonMthembu leaves a message for us all 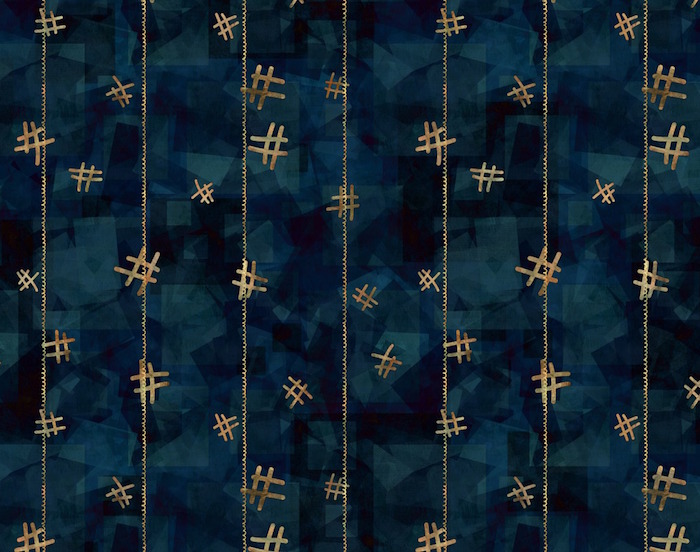 Did you miss me? I have been hiding away in case the world realises that 2021 is upon us. It feels like everyone is holding a collective breath and moving quietly among the carnage that is unfolding among us.

Headlines hit yesterday and the country stood still: #JacksonMthembu died within 10 days after testing positive for the coronavirus. I have always held Minister Mthembu in high regard. He was forthright, far too nice to be a politician and my word, did he have an exceptional sense of humour.

Our country is poorer for the loss of this freedom fighter and brilliant man.  For those that were still in doubt, his passing has made it clear that this virus has no discretion nor bias; it will take anyone, there is no class or prejudice in its choice of devastation, and it also doesn’t care if it takes one of the good ones.

Hospitals have opened temporary facilities and horror stories of medical staff fighting over critical equipment to save their patients have filled my timeline, that and the daily death toll that translates into someone you know almost every day. The #SecondWave has been devastating to our county and its people. There is no happy story here.

The vaccine wars are even more revolting than the state of our health, with a myriad of anti-vaxxers and a bunch of ridiculous fake news, the disinformation is rife amongst the social media community.

Last year I would have said you can shove that vaccine where the sun doesn’t shine, but today I’ll put my Mom and I first in line. We need help and if there’s a small chance of my country getting better, I’ll be part of the solution.

On this note though, during an open session #MinNzimande, talking on science and innovation, struggled to answer a question, a good one: why aren’t we manufacturing the vaccine here on home soil? We have facilities and we are smart enough? #Blade, true to his name, left a razor mark by saying the #President will have to answer that question. I sensed a little tension there, but it’s a really good question isn’t it? It would solve a great deal of our job losses and may even bring us some cash. Why are we outsourcing?

Ok, so I depressed you for two paragraphs, let me cheer you up.   #CarlNiehaus got hoofed by #Ace, oh how I laughed; I wonder what his mom has to say about that? And now what is he going to do with that one good suit and all those khakis? Oh, Carl when you faked your mom’s death you lost the nation’s respect, but to lose Ace’s support, that must be rough. You have to be a despicable human being to be kicked out by the thug you toitoi’d with!

#Zondo is in quarantine, incidentally within hours of hearing #Molefe’s testimony that #Ramaphosa was involved in the #Eskom debacle. #Ramaphosa has said clearly that if he is charged with corruption he will step down, which means we don’t need 900+ charges and 10 years if there’s something awry.

After all, it is the #LifeOfBrian so let’s not forget who we are dealing with. I wouldn’t pay it too much mind because this is the same man who headed up corrupt #Transnet and said he’d never been to #SaxonwoldShebeen, and when he was caught lying about that, he cried.

Right now I’m still standing with my President and more importantly for me, I’ve been scouring to see if my #UncleRayRay is ok, but I can’t find that answer. #DCJ also suffered the loss of his friend and sponsor of his legal studies #SollyBux. If you haven’t seen the emotional video of #Zondo thanking this wonderful soul, please do so, you’ll cry but your heart will be warmed. While we are on the #ZondoCommission #Zuma ain’t coming, not until #Zondo no longer leads the #ZondoCommission; yip you can’t make these things up.

#Masuku, remember him, he’s Gauteng’s suspend health MEC, currently suspended for (alleged) PPE tender irregularities. The sickest of the sick have to be those stealing from the sick. Anyway he reckons the SIU are useless and we shouldn’t pay them mind. We’ll see #Masuku, we’ll see.

We saw our charged Public Protector #Makwebhane in court this week. Ah South Africa, you never disappoint with your “can’t make this stuff up” headlines. The person tasked to protect us was caught lying in three affidavits to protect uBaba. I wouldn’t call her a “public” protector then, would you?

The booze industry is in tatters as makers of Savanna now invest in weed, worse things could have happened, at least you don’t feel like socialising or leaving your comfortably numb spot when your stoned.

Schools were postponed because after six months we still haven’t worked out how to educate our nation during a pandemic; shall I give you a clue guys? Zero rate data for schooling and issue tablets that you were meant to do years ago. Our children’s futures depend on it.

And then there’s good old Cape Town, which never disappoints. This time, the SAPS used water cannons on the elderly and disabled during their attempt to get the only stipend they will have for the month from SASSA. With the social development minister Lindiwe Sisulu in their vehicle, nogal. There is so much wrong with this picture. Just like #Eskom blaming #covid for their lack of delivery – are you serious?

Remember #DoctorDeath? #WouterBasson, guess what he’s alive and well and practicing at #Mediclinic. I really wonder who his clients are?  #HelenZille? Ooooh, have I taken that a step too far? Talking of medical schemes *winks – the inquiry into medical aids’ racist policies and violation of the Constitution resulted in a scathing report. Nothing to see here folks, medical aids have been ripping us off for years, sickos.

DJ’s #Fresh and #Euphonik step down because of rape allegations, seriously? What on earth is going on, I’m sure both DJ’s could have their pick of women, how sick would you have to be? I can’t with these stories, if she’s making it up it’s a huge leap of an allegation and if it’s the truth, I have no words.

So that was a depressing start to the first Acumen report in 2021. Let me try make you laugh: #Thumper has left the Whitehouse after a successful second impeachment process and the end of his term. #Biden’s inauguration included a very tired #BernieSaunders in an adorable set of mittens. There is a fabulous meme circulating where the caption on the sleeping candidate is entitled “when an email would have done but they insisted on a meeting”.

Anyway Joe turned up and signed a pile of repeals on some of Donnie’s laws. The world issued its congratulations to the new President and some warnings came from Israel and Iran. This should be fun. We saw the world accolade Kamala Harris for being black, I mean really guys, she’s not black, perhaps the term you were looking for is “person or colour” or “previously disadvantaged” (Sheez these Americans have a lot to learn from the Shole that is South Africa).

It’s the weekend and don’t tell anyone but January is almost over. Shhhh!