This is why you can’t stop watching ‘bad’ TV 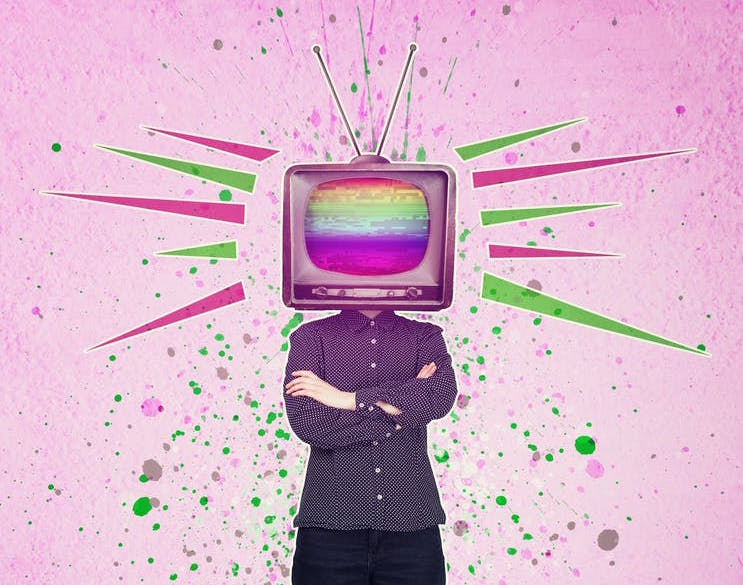 TV viewing has become more important during the pandemic, but a sense of shame still lingers around it. Even TV scholars still use the term “guilty pleasures” to describe their enjoyment of reality TV or series which attract some of the biggest viewing audiences, such as I’m A Celebrity Get Me Out of Here, The Voice or Dancing With the Stars.

Some even call comforting, escapist dramas like Death in Paradise or Bridgerton their “guilty pleasures”. Such television still attracts the same negative labels (“unchallenging”, “low brow”) that were given to its antecedents in the 1950s.

I remember the pleasure my father took in 1950s gameshows like Double Your Money which featured ordinary people like him taking on minor tasks in a good natured way. His life was not an easy one, marked by a childhood spent mostly in an isolation hospital for tuberculosis patients which left him with a permanent disability. So as I child I understood the consolation and inclusion that such programmes brought him. They were a source of comfort precisely because they were “unchallenging” for someone whose everyday life brought plenty enough challenges.

The allure of purposelessness

“Consolatory entertainment” is a better term for such programming. There is consolation in the simple pleasures of ordinary conversation, shared enjoyment and of laughing together that underpins the success of panel games, quiz shows and even celebrity chat shows.

This is what the theorist Paddy Scannell identified as being purposeless entertainment which is “relaxed and sociable, shareable and accessible, non-exclusive, equally talkable about in principle and practice by everyone”.

The importance of consolatory entertainment lies in its very purposelessness, which marks it out from the entertainment that seeks to challenge. It exists to confirm our common humanity, our ability to share a joke, to chat about trivia, to get on with each other. In the isolating times of the pandemic, it is scarcely surprising that shows like Strictly Come Dancing, I’m A Celebrity Get Me Out of Here and The Great British Bake Off drew in their “best audiences in years” in the UK. Consolatory entertainment confirms the commonalities that hold us together in opposition to the often raucous and divisive forums of social media.

It is time to shed the sense of guilt around such programming and begin to understand it for what it is, and how it works.

Beyond the panel games and chat shows, consolatory entertainment formats often feature people facing challenges which enable them to discover everyday talents they didn’t know they had, for dancing or baking, or trading in antiques. Often framed as competitions, who wins is less important than the togetherness and mutual support shown through the process, and the unlikely friendships that result.

There is a strong ritualistic aspect to consolatory entertainment programmes. The format is nearly the same every week, with the same narrative inevitability (a contestant will be eliminated, for example) and the same flourishes (repeated music stings and catchphrases). There is a thriving international market for such formats, which are remade according to the same basic pattern but featuring citizens of each country. The sense of connection and locality provide an intimate connection between viewers and the people on the screen.

Each format is a theme and each episode is a variation on that theme. In classical music, theme and variation is an important feature, but for consolatory TV, repetitive forms are precisely what lead to its low estimation.

Perhaps it is the amount of time that is required to “get into” the format and appreciate each variation. This does not appeal to those with busy target-driven lives, but for many others it is the means by which sharing and discussion can take place. Programmes like these are not unlike football in this respect: the form is the same, but what matters are the details – the things that, to the uninitiated, seem like minutiae.

Football’s rituals and repetitions are more acceptable in our culture than those of consolatory TV. Football serves the same purpose of asserting sociality whilst avoiding conflict, providing excitement and a largely good natured tribalism around an essentially purposeless activity. Yet unlike football, a taste (let alone a need) for consolatory TV has not yet shaken off its moral opprobrium.

This may be because not all consolatory TV is cosy and reassuring. The equivalent of football hooligans exists in consolatory TV too. Some reality TV borders on the broadcast version of morally dubious freak shows. Some people find consolation in the misfortunes of others. There may be a legitimate consolation in the hubris of the over-confident, but some reality shows go far beyond that.

The public shaming associated with shows like Jerry Springer or Jeremy Kyle or the humiliations that can be meted out to contestants on Love Island, provide the simple spectacle of the suffering of others. There are those who, especially at times of stress, find consolation in the shaming and suffering of others.

But overall, the importance of consolatory TV lies in its affirmation of social connection and togetherness and its reassertion of the familiar and everyday. During the pandemic, this has become an even more important resource for many people. The reaffirmation of social connection is the true purpose behind this genre of TV’s seeming purposelessness.