LATEST NEWS
Home Broadcasting Cinema Warner Bros. is streaming all its films in 2021: This is what it means for the movie industry

Warner Bros. is streaming all its films in 2021: This is what it means for the movie industry 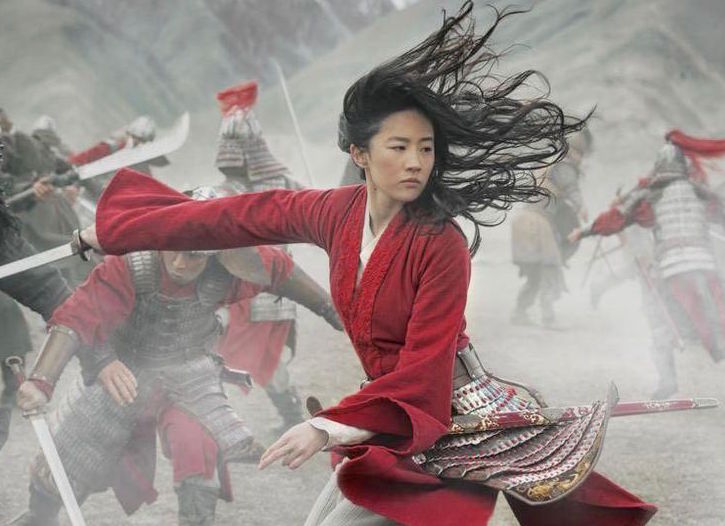 Disney debuted its live-action version of Mulan on Disney+, making it available for purchase on the platform, and in cinemas in a handful of other countries

Warner Bros. is to stream all its 2021 films online on the same day they’re released in US cinemas in what is being seen as a blow to the struggling cinema industry.

The entertainment giant will make its blockbusters available on streaming service HBO Max for one month from the date of a release, as part of a one-year plan to deal with the “unprecedented times” of the coronavirus pandemic.

Each film will then be removed from the platform and continue to be shown in cinemas for the duration of its run.

Warner Bros. earlier announced that blockbuster sequel Wonder Woman 1984 would be released on HBO Max on the same day the movie came out in the US – Christmas Day.

Internationally, the movie will still be released in cinemas – on 16 December – as the streaming service is currently available only in the US.

Covid-19’s impact on the box office

Coronavirus has hit the global film industry hard, with production schedules up-ended and cinemas shuttered. Filmmaking has resumed in some countries, but the release dates of many of this year’s planned blockbusters have been delayed.

James Bond film No Time To Die was one of the most anticipated titles to fall victim to the outbreak, with its release pushed back twice and now scheduled for April 2021.

Its delay was cited as a reason behind the world’s second largest cinema operator, Cineworld’s temporary closure of all of its 660 cinemas in the UK and the US amid ongoing disruption from the COVID-19 pandemic.

In September, Cineworld Group, which owns 778 sites in 10 countries, reported a pre-tax loss of $1.6 billion, saying: “There can be no certainty as to the future impact of Covid-19 on the Group.”

In the UK alone, cinema admissions for 2020 are expected to hit their lowest level since records began. But the number of cinemagoers had already been dwindling before the outbreak, with US movie admissions falling 4.6% to 1.24 billion in 2019, according to Variety.

And the total number of films released annually has been falling. Major studios released 124 films in theatres in 2019, down from 147 in 2015, according to the Motion Picture Association of America.

The pivot to streaming predated Covid-19

As the World Economic Forum’s Stefan Hall and Silvia Pasquini explained in July, the disruptions brought about by the pandemic “only accelerate a transformation well underway in movie production, distribution and consumption.”

A major reason behind this was the advent of streaming, with film studios launching their own platforms. In addition, services such as Netflix and Amazon Prime are already creating and streaming their own content directly to consumers – creating a more competitive market.

The launch of HBO Max by Warner Bros. owner WarnerMedia came after similar video-on-demand services such as Disney+ and Comcast’s Peacock.

Disney debuted its live-action version of Mulan on Disney+, making it available for purchase on the platform, and in cinemas in a handful of other countries.

On Christmas Day, it debuted the Pixar animated movie Soul on Disney+, rather than in theatres in November, as originally planned.

Indeed, in the last two decades the average theatrical window for major studios has decreased by more than two months. In 2020, Universal reduced it to just 17 days for some releases.

However, Wall Street analysts have questioned whether a pivot to streaming for all studios’ films will be financially viable, according to Reuters, when a $2 billion box-office film can generate over $800 million in profit.

“While we remain confident that streaming economics in totality are far superior long-term than traditional movie/TV economics… nothing can achieve the per-picture economics that Disney is able to generate through a global theatrical release,” said LightShed Partners analyst Rich Greenfield.

WarnerMedia has defended moving its film premieres online, saying the move was necessary for its motion picture business to navigate its way through the coming year. The organisation expects most cinemas in the US to be acting at a reduced capacity through 2021 and said the company needed to adapt.

“We’re living in unprecedented times which call for creative solutions, including this new initiative for the Warner Bros Pictures Group. No one wants films back on the big screen more than we do,” Ann Sarnoff, chair and chief executive of WarnerMedia Studios and Networks Group, said in a statement.

Sarnoff added that the one-year plan enabled the company to support its exhibition partners, while also giving moviegoers the chance to see their latest releases.

“We see it as a win-win for film lovers and exhibitors and we’re extremely grateful to our filmmaking partners for working with us on this innovative response to these circumstances.”

However, the move hasn’t been without criticism. Director Christopher Nolan was clear in his objection. “In 2021, they’ve got some of the top filmmakers in the world, they’ve got some of the biggest stars in the world who worked for years in some cases on these projects very close to their hearts that are meant to be big-screen experiences,” he’s reported as saying by the BBC.

As Stefan Hall summarises, for many in Hollywood “creating art is as important as making money”.

This story was first published by the World Economic Forum and is republished in accordance with the Creative Commons Attribution-NonCommercial-NoDerivatives 4.0 International Public License.

Natalie Marchant is a writer for Formative Content, on behalf of the World Economic Forum.