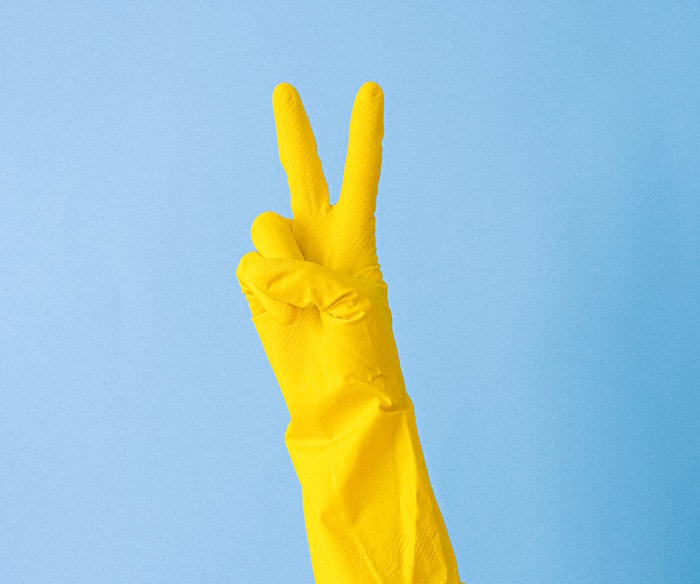 Image: It was a week of double standards in South Africa

#BouldersMall started to trend. When I opened the feed I saw #Clicks and I expected a racist story (my brain is so conditioned), yet this time I was confronted with a new ‘ism’ for me, ‘tribalism’.

We call it xenophobia when it’s from outside of South Africa’s borders, but we call it tribalism when it’s inside South Africa. #DoubleStandards! A man dressed in Ndebele traditional dress was refused entry to #BouldersMall in Midrand and a confrontation took place at #Clicks. It became tribalism instead of racism because the manager of the mall was black, #JoseMaponyane (apparently Tswana) refused entry to #thandoMahlangu, the Ndebele activist because of the way he was dressed.

From the back he looked like his outfit had taken days to put together, so I was uncertain what the fuss was about but from the front he had barely covered his ‘bits’ (as is part of traditional dress), so now I was affronted with racism dressed as tribalism and a question of whether it was right for a man to walk into a shop with a speedo on a normal day. (Please bear with me my brain is trying to compute what happened here).

And there it was, plain as day, “double standards”, nothing to do with tribalism at all. After bouncing this off my team, because I’m acutely aware of my white privileged upbringing and my unconscious bias, the double standard was this, sexism; a woman is allowed, even encouraged in today’s society, to wear precious little. The more flesh that hangs out the happier the world seems to be, but let a man walk in wearing traditional dress (that happens to have very little in the front), the mall says no.

If it were a woman in hotpants and a tank top, there would be no problem.  There is too much hate in South Africa, and dare I say, too much testosterone. The woman who recorded the video asked the mall manager which “tribe” he came from and when he answered, her response was “even worse”. #DoubleStandards much? Please stop, just stop. The EFF turned up probably because Clicks was mentioned and then promptly left.  Not so much BS as DS (Double Standards).

What a week at the #ZondoCommission

You wouldn’t be reading an Acumen Media report if I didn’t digest the contents of the #StateCaptureCommission and what a week #Zondo has had. I want to know his vitamin regime because talk about having stamina.  The commission went from one early morning session to many evening sessions, and he grew in stature at each one.

Firstly #SARS was in the spotlight as we learned that an institution that had international accolades and became a flagship for the rest of the world turned into being hijacked (literally) by a set of rogues – nah not the #RogueUnit. Advocate Seleke finally had his moment when he nailed #AnojSingh (to be continued) and then the show stopper – #DaliMpofu cross examining #PravinGordhan on behalf of #TomMoyane.

It’s not the first time, but it seems it may be #Mpofu’s last electioneering round of questioning. Firstly, Mpofu is ranked one of the best if not in the top echelon of our country as an advocate in fact he is a Silk! If you watched the testimony that bit will make you laugh. He was appalling, a waste of good time and data for those who joined the YouTube channels. He was disorganised, antagonistic and downright dreadful at his job. #Pravin lapped it up especially when #Mpofu told #Gordhan’s counsel (another recommended Silk) to “shut up”; this was during the testimony where Mpofu kept highlighting how condescending #Gordhan was to #Moyane.  Double standards much?

The next day an exasperated but determined #Zondo chucked down the bar (pardon the pun) and said that this will never happen again under his watch. I was bitterly disappointed because of the enormous role model Mpofu is to many of us and to call him an example of “excellence” is just not true; either this was staged, or he was on drugs or he just had nothing to say at all and used the time to try and bully Gordhan.

I say “try” because you see a man that makes airlines disappear and reappear with a clean balance sheet and a R7.8 billion bailout is not easily intimidated. I was an enormous #Gordhan fan during the time of #Zuma’s removal but now days I’m not so sure. He didn’t fix our SOEs like he was tasked to do, and it appears he’s simply a numbers magician. I don’t like people who make funny numbers appear and disappear. My career is littered with them and they’ve done nothing but damage to the companies I’ve worked in.

On the same day as #Zondo addressed #Mpofu’s behaviour, we were virtually transported to #ConCourt where an advocate of exceptional talent,  Tembeka #Ngcukaitobi, put the case of #Zuma’s truancy forward for final, final, final decision. Why does this stuff take so long? Hold that thought.

President #Ramaphosa will appear before the #ZondoCommission next month. I got very excited thinking about which of my favourite advocates I’d like to cross examine Cupcake. I’ve been taught through time and big lessons to think things through to the possible result and I was not amused.

IF they found the President to have acted criminally during Zuma’s reign who would read the Commission’s report, remember that the findings of State Capture end up on the President’s desk, so are we now watching early elections again? I heard the President intimate that all have been collected in the web of corruption, what happens then?

Zondo said this week he’s been working on this commission for three years, yes three, and what have we to show for it? We have a handful of arrests and a pile of dockets that are never served and when they are, they are ignored. As entertaining as my never-ending series is, I don’t see it as more than telly time now that Zuma’s antics are unfolding and Mpofu makes a mockery of a very prestigious profession. Double Standards everywhere.  Until Zuma goes to jail this will simply be a video archive in our double standard history.

Amid all this brouhaha, the so called ‘mastermind’ behind the brutal death of #TshegofatsoPule faced court proceedings that were postponed yet again! (Rmy comment about Zuma). It is close to one year after we found her body in a tree with multiple stab wounds in her pregnant belly, and we are still dealing with postponements. It’s business as usual; well if Zuma can drag it out for decades, why can’t an ordinary murderer? Double Standards everywhere.

#Ricoffy had a campaign this week and they didn’t verify email addresses when you took your free coffee. Well South Africa emptied those coffee machines quicker than you can say “PPE Funding”. We learnt how to manipulate the Ricoffy system, and with #EasterWeekend upon us, I’m sure most have a cooldrink ready in their car.  Check your own Double Standards South Africa.

My hand is tired or I would talk more to you about Gumede and the enormous amount of cash missing from eThekwini, I’d talk about new term ‘service delivery protests’ which should read “angry riots for useless government”, about how #BlackHairMatters as a school teacher takes chunks out of boys hair or I could mention  “Queen Mantfombi” being acting regent or that #SlimKarim left us because he has other commitments, more like … “this is a horror movie, my reputation is nicely built, I’m out.”

Instead, I’ll tell you that, for most of South Africa winter is coming as snow hits the Drakensburg. That one act of simple kindness has a ripple effect on many in alleviating these #DoubleStandards. Tinned food and a blanket go a long way in South Africa today.

I have my own kindness story to share. I had an altercation with a sea creature on Monday; my fault entirely, my hand was too near an eel’s space, I didn’t see the black-cheek Amoray but he definitely saw me and he took a chomp out of my hand.

That’s not my story, my story is the reaction from this small town and the people of all cultures and backgrounds who came together to help me from sea to boat to surgery to bed. You know who you are, and you make South Africa a much better place. Sometimes we need to forget the politics and just do this stuff ourselves. Thank you #MySodwana for restoring my faith in a united South Africa and the spirit of uBuntu.