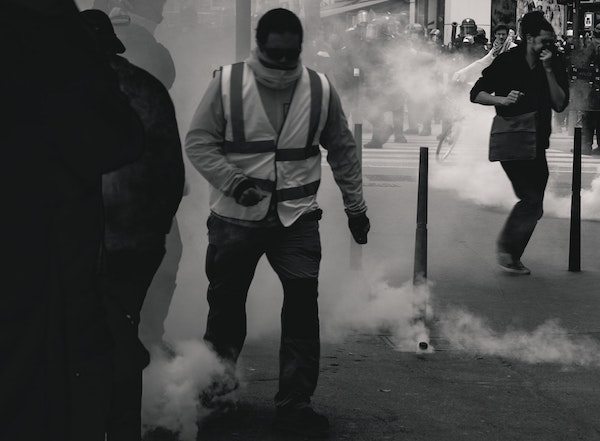 Did you feel like this week was a year? I feel like I was on a rollercoaster, granted it’s the best ride in the park but I don’t like hanging upside down!

Let’s start with possibly the most important story this week and that is #FinancialExclusion #asinamali, the 2021 version of #FeesMustFall. I was watching the #WitsProtest unfold, the original messaging was that NSFAS had defunded a great number of students who were behind with their payments to the University.

I didn’t get that bit, in my world if you have a Purchase Order, you will get paid and I will continue doing the work. In Wits’ world POs don’t count and students get excluded because of dodgy accounting. I was furious. Only to learn more horror as the protest went from a peaceful one to SAPS taking devastating action.

His name was #Mthokosizi #Mthumba; he was not even a student when three rubber bullets hit him, one in the head, one in the chest and one in the gut. He died in minutes and the police said he had a “bad fall”! Seriously? The media started to call it the next #Marikana and my stomach hit the floor as the rollercoaster plummeted. How did this happen?

#BhekiCele walked in and called it, loud and clear; the police are liars. They killed a man and behaved outrageously there will be consequences. I adore #MinisterCele if only because he takes names and is outspoken; it’s such a pity he couldn’t arrest the prime villain #Zuma.

You’ll remember that #Zuma’s swan song was #FreeHigherEducation and then he left the room for the government to deal with a gaping hole in the already empty books. Although this was honoured, it was only honoured for one year. Then we had #Covid and a lot of looting and consequentially the coffers for our youth are empty. This is a hot mess of a merry-go-round as we return to the same place we started at.

The students’ stories are horrific, some don’t even know how to turn on a laptop because they’ve never had one. You can’t walk into a university if you’ve never had a basic education. We have done nothing in the post-apartheid years to relieve this country of #BantuEducation. I feel sick. Two generations later and our education is hurtling to the ground without a stop button on the ride.

#BladeNzimande is “handling it” and #AceMagashule (the same man who has a host of testimonies against him saying that he stole billions) says he stands behind the students, why because you want to improve the faction split by manipulating our youth #MrTenPercent? Are you even serious Ace? This after your bodyguard was handed a 15 year jail term for stealing a painting.

Let me just put that in perspective: it’s 20 years for killing a woman after stabbing her pregnant belly and hanging her in a tree but only five less for a painting that not even the black market can shift. I think I ate too much candyfloss. The President said he would not fail the students. Here’s the bad news Mr President, we have already failed and our ticket for the funfair ran out about 15 years ago. A man lost his life and so many of our youth have lost their ability to have a life.

#BrianMolefe was a body language interpreter’s dream as he shuffled and danced on that tightrope of a #StateCaptureInquiry seat with the outstanding #AdvocateMyburgh cracking the ring master’s whip. According to #Molefe, he didn’t care what the original bid price was for the defunct trains, R39 billion is where it started and he said it went to R43/44 billion (couple of billion either side is not a problem).

Then he said he didn’t care if forex hedging was included in those quotes as they climbed to over R50 billion. I urge you to consider that there are only seven billion people on the PLANET, that’s how big a billion is.

We have got so used to these big numbers that if it’s in the millions we think it’s small change. Tell that to the students that are literally banging on the gates of Wits. Feeling sick of this joyride yet? I’m was ready to go home by Wednesday and I wasn’t alone; almost a quarter of a million posts in less than 72 hours and an engagement rate of just under 900k people, we all want this to end.

Zuma is on his own, that’s what the #Top6’s #AceMagashule said. This after bra #Ace has been asked to step aside. #TitoMboweni says that #Zuma will not undermine the highest court in the land when he is doing just that.  #Malema reckons his about to drop files on a meeting between #Zondo and #Zuma.  #ZumasBankStatements show that he is not living on his pension, who even believed he was? It appears that I’m in the warped mirror section of the Funfair, oh wait maybe it is the teacup ride?

#VBSArrests mounted up to seven this week, but #Malema and #Ndlozi were too busy defending their fisticuffs with the security at #MamaWinnieMandela’s funeral.  #Malema says the evidence was tampered with, but I saw a video of Malema attacking a security guard. I must say I understand why he lost his temper. Winnie Mandela adored Julius but hey the law is the law – well given the rest of this report, maybe not. Regardless the case was postponed to July this year.

That #AstraZeneca vaccine we paid millions for appears to produce blood clots, so that’s no good; bin that money it’s not like our kids need an education or anything.

#DeRuyter is apparently a racist and there is an investigation a foot, one thing is for sure he can’t keep the lights on. These rolling blackouts leave entrepreneurs scrambling to keep working. Shame on you #Eskom, we paid much more for this day out than you are giving back.

In other news it appears that #Somizi and #Mohale are no longer #ManUnited, as a tweeter pointed out. I laughed, well we need something for heavens sake, this is a terrible trip.  #CJMogoeng refuses to apologise for his remarks as ordered.

#BurgerKing said women belong in the kitchen trying – badly – to highlight the plight of fewer women chefs than men.  That went down like a catapult ride and they eventually capitulated that it was tone deaf.  I think they forgot that across the world women are underrepresented and paid less as a norm, nothing to see here #BurgerKingUK.

Okay as much as I don’t care, on my way out of this joyride let me talk about the USA Royals vs the British Royals. Here’s the short story: Officially we are told that #Meghan and #Harry left the Royal Palace, or as they call it the “Firm”, because the tabloids held Meghan captive to such a degree that she couldn’t get a psychiatrist or psychologist to help her suicidal thoughts.  (Side note my therapist works on Zoom).

They also claim they had no access to social media so they didn’t know how bad it was. So off they scoot to Canada and then can’t resist the allure of the US not having a royal couple and of course to keep the media spotlight at bay (because it’s so emotionally damaging) they call Oprah. Sitting in the manicured lawns that smells of money, #Meghan told us how under privileged she is and the actress turned on the taps. She made the Queen out to be a little old granny with a blankie on her knees though, and Oprah was more animated than any Oscar Performance.

Get out of here! If you pull my left leg it has bells that ring! I mean seriously, they even tried to tell us they didn’t get paid.  Do you have any idea how insulting that is to anyone who can read? It’s called PR 101 guys. You’ve been had!  The couple went on to say that the Royal Family was racist – like we didn’t know that, and, let’s be fair, that “revelation” is decades old.

They are one of the most racist organisations in the world and they don’t try to hide it, I’m not talking systemic racism, I’m talking blatant racism.  How many times has Philip uttered racist remarks on international TV?  Then we are also asked to believe that #Meghan never even knew this was going to happen. Did she hear of #Diana? She’s lucky they walked out alive.   Someone who did walk out was #PiersMorgan. I still feel that this is a staged act I’m watching, but he left, and that’s good, couldn’t stand him.

While this is all going on and the entire world focuses on the Oprah interview, we all forgot about Randy Andy. What ever happened to those #Epstein charges?  See how you get spun on this merry go round?

Let me cheer you up, it turns out that the Kiffness is hated by white people, in fact he’s the new #SteveHofmeyr but a stoned version. I’m so glad to read this because I couldn’t stand him but now, after he called the EFF Nazis, we can all shout loud #ExpiredTicket Kiffness social media will show you the exit.

What a week hey?  I had a gut full by the second ride so I took a dive and played with a friendly potato bass. I have such a remarkable life and I’m so grateful that I just get to observe these headlines and I’m not in the throes of it or I would be in the horror section of the fair ground as the mad hatter.