Seven days on Twitter: Sexwale vs Ramaphosa, billionaire vs billionaire 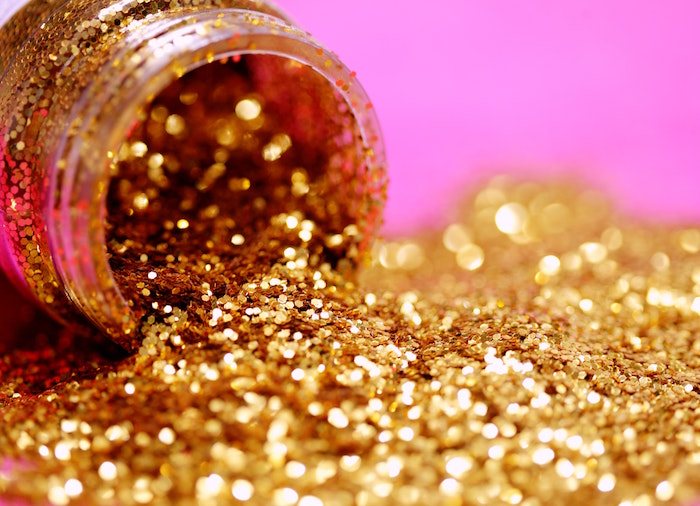 Image: All that glitters is not gold when it comes to internet scams

Last week I spoke about it being #ElectionTime soon, and this week, you’d be daft to have missed the #ElectionKickOff, pardon the pun.

The biggest political story by a mile was #TokyoSexwale. He stood up early in the week and claimed a fund, of which he was a “mandate holder”, had an international proxy in which he insists that trillions of dollars was looted. Asked what the value was, he said it ranged from 12 to 15 zeros. I think you’ll find, Mr Sexwale, that 15 zeros still equals none. So if you buy into this story you’ll believe this fund was originally arranged via #Zuma (so called #HeritageFund) for free education. You’ll remember Zuma’s swansong was #FreeEducation and he dropped that mic as he walked out the door, leaving a gutted treasury and a team that had to scramble to make good on his empty promise.

Now we are told the money was there for this ambitious present to the nation. It was however, held in the SA Reserve Bank where some Chinese person, who didn’t actually own the money but was merely working by “proxy”. Getting confused yet? I certainly was. #Sexwale came out a second time to explain his first allegation because of the might of #Twitter. He disparaged social media and says he “never had a Facebook”.

What he failed to realise is that Twitter and “a Facebook” are the nation’s voice, so if you’ve never had one and you want to make these allegations about our future and our past, surely you should fix that? Don’t claim to be our hero and in the same sentence tell us our voices on social are without volume. At this ‘#TokyoSexwale show’ we heard what a wonderful guy he is, he couldn’t stop telling us he is strong and he’s of high integrity and and and and… he sounded a bit like a megalomaniac to me (eek, was that a step too far?).

Look, the short story is, if you didn’t see through the thinly veiled disguise, Tokyo is gunning for #Ramaphosa; he didn’t even refer to him as the President and rather as “Cyril”. Behind all this narrative, rubbish or not, the message was clear, #TokyoSexwale throws his weight behind Zuma’s RET and he is using the press to show us his might. We are watching billionaire vs. billionaire while we struggle to keep food in our houses and take care of our children.

The local government elections were announced as taking place on 27 October 2021. I wonder how we will handle a super-spreader event like that and also if we will even get that far? Look around you, it’s not reported as well as it should be, but small towns are being hijacked and universities have become battlegrounds in the build up to our election chaos.

The Zondo Commission has become an election tool too. Zondo himself has had an earful this week with #AnojSingh and his Knox boxes, and then there was the burglary that infuriated the DCJ. Look around you and tell me the electioneering hasn’t started. #WaterStrikes, #StepAsideLists, in-party fighting, burning universities and #ServiceDeliveryProtests are littered across our beautiful landscape and we are about to hear promise after promise that this is all okay.

As if to prove my point, uBaba is going it alone in the courtroom in the corruption trial next month as his lawyers “withdraw”; well you don’t need lawyers if you’re electioneering, hey? #Tokyo even said we need a young president, someone in their 30s. Can you think of anyone? Well, yes you can. His name is #DuduzaneZuma. #ZumasBirthday events were on squeeze back across mainstream television while his son #Edward insists he’s not going to jail. Pointing out the blatantly obvious!

Then there’s the DA. Zille summed it up in the title of her new book, “#StayWoke: Go Broke” – yip, she worked it out, they’re not “woke” they are going for broke. Who is leading the DA? I get so confused? #Winde has been under pressure this week as #Madikizela has been found in violation of ethics and #NatashaMazzone’s legal qualification faux pas is overlooked.

The #CapeFires have been astonishing. Fires raged out of control, taking hold of #RhodesMemorial, #DDMabuza’s house and leaving over 4 000 students displaced from #UCT. Enter the good news story of the week: #GiftoftheGivers. They have such a great reputation anyway but this week #GiftofTheGivers was instrumental in saving Cape Town. They literally filled empty stomachs and housed displaced people. It showed us the impact of one organisation on our country. Can we elect #GiftOfTheGivers?

Deaths filled my timeline too, #GrantShakoane and #JaquiMafokeng’s deaths shocked the nation and resulted in an outpouring of condolences. Then #LonwaboJack #CokaBrothers and #LindaniMyeni made us shake our heads and lament injustice. We watched as no progress was made on #NathanielJulies and the horrific evidence present about #NtuthukoShoba and the murder of #TshegofatsoPule made me sick.

In other news, government lifted the ban on the JNJ vaccines, the refugees in Cape Town (yes they are still there) were given three months or a ticket home. #Absa’s first black CEO left the bank stating in-house fighting #Africanacity anyone?

Across the waters, India has only a few hours of oxygen left to help 300 thousand people a day that are affected by Covid-19 yet they have somehow managed to buy and vaccinate 111 million people. Shouldn’t you guys have bought oxygen and ventilators given the 98% recovery rate? Oh wait, it doesn’t work like that does it; 111 million vaccines? That number is enormous.

It was Earth Day, yawn. Two massive stories hit international headlines that took the nation’s attention. The guilty verdict on #DerekChauvin over the murder of #GeorgeFloyd. Tone deaf America put out adverts or tweets that said, (and I kid you not), “I Can Breathe” (Las Vegas Raiders) and “His life mattered” (Benefit Cosmetics). Don’t think they quite get this racism thing do you? And then the #SuperLeague collapsed, if you didn’t see that you were under a rock, but basically #Heineken summed it up with their post, “Don’t drink and start a league”.

This week we had a team building for #Acumen’s consultants and everyone can now breathe, under water. We are all women and the feeling of sisterhood, the tears, the laughter, the deep, authentic and meaningful conversations (coupled with a bit of work) have rejuvenated my soul. Thank you, my darling colleagues and precious friends, for making these stories in the media not detract from the beauty we have in our country and its people.