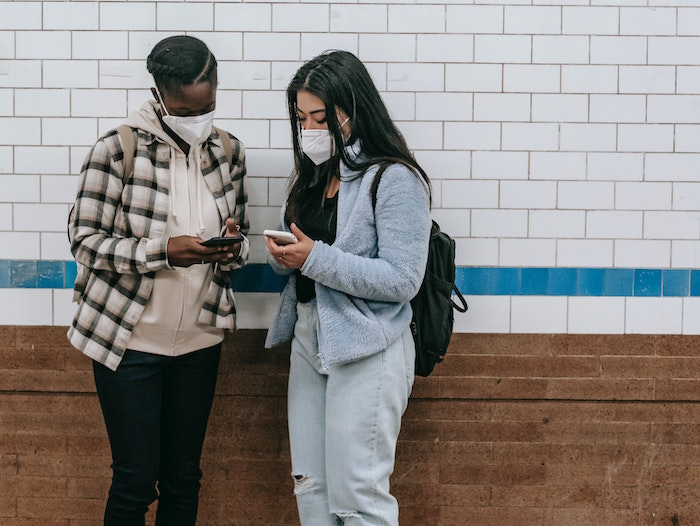 The Covid-19 pandemic has led to widespread disinformation circulating on social media globally. This includes false information about the virus, its origins and possible cures for the disease it causes. Much of the inaccurate information was related to China, the country where the first cases of an atypical pneumonia were reported in December 2019. This was determined in January 2020 to be caused by a novel coronavirus.

Although the precise origin of the virus is still unknown, a major investigation by the World Health Organisation found that markets that sold animals were a probable source. Alternative theories, such as that the virus escaped from a laboratory, were almost entirely ruled out. Yet, this is one of the misinformation theories that have been circulating widely. The Chinese state itself also engaged in disinformation in an attempt to overturn the narrative.

Previous research has shown that media users in Kenya and South Africa believe they are often exposed to disinformation. Research has also shown that Kenyan and South African social media users are very likely to share such information, even if they suspect or know it to be false. This occurs against the background of a steep increase in disinformation in Africa in recent years, often linked to a lack of trust in the news media.

The Covid-19 pandemic provides us with a useful lens through which to study attitudes and practices of disinformation particularly as they relate to China, given the prominence the country and its leaders had in media coverage of the crisis.

In April 2020, we surveyed 970 adult social media users in Kenya and 991 in South Africa to understand how they engaged with disinformation about China and Covid-19. We focused on Kenya and South Africa as two countries with vibrant media environments. Both countries have active online communities. In South Africa, 43% of citizens say they regularly get their news from social media, followed by Nigeria (36%) and Kenya (25%).

The goal of our study was to investigate the link between social media users’ attitudes towards China and their motivations to share disinformation related to Covid-19 and China. To do so, we showed participants sample hoaxes and debunked rumours related to COVID-19 and China. We then asked them whether they believed the posts were true or not, and why they would or would not share them.

We retrieved the four debunked social media posts from the collection of fact-checks available on the website of AFP Fact Check.

The findings of this project were included in a paper that was presented at the Narratives of COVID-19 in China and the World: Technology, Society, and Nations symposium hosted virtually by the University of Pennsylvania in March 2021.

We found that, at the peak of the first wave of the Covid-19 pandemic, both Kenyans and South Africans held broadly negative views of China. They believed that China was governed less competently and honestly than the United States. Respondents appeared to acknowledge the positive impact of Chinese economic engagement with Africa, but were still relatively critical of Beijing’s policies on other domains such as its governance, respect for civic rights, protection of the environment and media freedom.

Nevertheless, respondents offered resistance against certain xenophobic or racist messaging and attribution of blame to China. For example, although 39% of South Africans and 49% of Kenyans strongly supported closing their borders to foreign travellers, the majority agreed that attributing blame to China by referring to the “Chinese coronavirus” or the “Wuhan disease” was racist.

These findings are important indicators of the prevailing views towards foreigners in two African countries that have often seen xenophobic conflicts.

The majority of South Africans and Kenyans did not believe the hoaxes or rumours, and trusted scientists. But, a significant number showed an interest in sharing the hoax or rumour posts – even if they did not necessarily believe them. For instance, 40% of Kenyans and 29% of South Africans believed the (fake) post about an alleged fight between Chinese and Kenyans on the streets of Wuhan was true.

The most common motivation to share these social media posts was a perceived moral or civic duty to share information (whether true or not) and raise awareness about an issue. There was also a desire to spark debate and solicit other people’s views. Many respondents also said they would share misinformation for fun or entertainment.

There were also some differences between the types of posts. Respondents said they were more likely to share posts about racial injustices to make a statement about their political views, for instance to highlight injustice.

Overall, we did not find a significant link between negative views of China and social media users’ motivations to share disinformation about COVID-19 and China. Those who believed the posts to be true were most likely to share it out of a sense of moral duty. However, those with stronger negative views of China were not more inclined to do so than those with more positive views.

Value of the study

This study contributes to our growing understanding of why African media users share disinformation. The findings confirm earlier research in six African countries. That research showed that factors such as a sense of civic duty and an inclination towards humorous social media content drove the spread of disinformation.

Although the study encouragingly suggests that African social media users resisted disinformation they considered racist, the findings, more disconcertingly, confirm that people are willing to share disinformation even when they suspect or know the information to be false.

More research on these sharing motivations remains important. If organisations and fact checkers know what factors motivate people to consume and share disinformation, they can develop interventions that are better suited to particular behaviour patterns and contexts.