Seven days on Twitter: a nation held in suspense 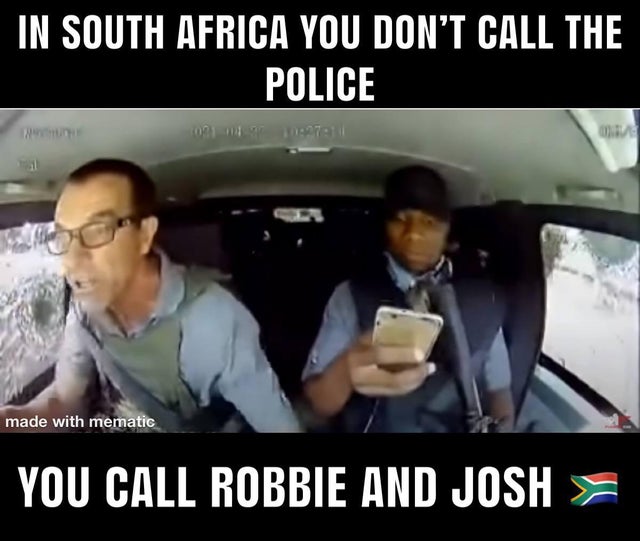 This week’s media has been like dealing with liquid mercury – too fast, too slippery.

The bomb dropped, and #AceMagashule got suspended. I actually missed the breaking news headline and got schooled by a client. (Ja, it was that type of week!) I got so excited, rubbing my eyes to make sure it was true and even more so when I saw #JesseDuarte had served the notice. That must have hurt! My shock turned to complete disbelief as I read the #SG played his Ace card and suspended #PresidentRamaphosa. My mind’s first stop was  that it was #fakenews and then would you ‘Adam and Eve’ it, it was true; the audacious #Magashule literally thought he was going to unseat the President.

The drama got wilder as #PuleMabe emerged to say they were dealing with the letter and later the Presidency came out to say it was nonsense because #Ramaphosa had never been charged with a crime. I sat back and thought about how little #Ace learnt from #Mbeki (a recalled President) and wondered if he was getting paid during his suspension. My thoughts hadn’t formed when we kicked off the #RamaphosaQandA in parliament. Naturally I grabbed the popcorn.

A word on the deputy speaker Solomon #Tsenoli – now that’s a man I could put my vote behind – who handled a disrespectful, unruly and downright rude set of speakers in the house like a boss. If someone could make him the host on Zoom, we would have a successful parliament. In the session, #Ramaphosa said the factional battles in the #ANC were none of #Steenhuisen’s business. Eina! Look I get it, does the DA even exist anymore?

But to be fair, I think you’ll find, Mr President, that is all our business, sir. #FloydShivambu stood up and asked who was addressing the house as he believed #Ramaphosa no longer the sitting President – #Tsenoli tore him to pieces. Once the house was quiet, the #president droned on an on as he was tasked to answer a simple questions. He repeated himself on cadre “development” and dropped the term #CadreDeployment (because that’s bad PR – ha!) and he quoted #Thatcher. Wow, that was contentious! #Thatcher, are you sure?

The President made one comment that hit me; he said some of us have not slept, some of us are beset with anxiety about what will happen to fellow countrymen. I looked at him again, this giant we thought was going to save us with his tired eyes and monotone voice. You signed up for this, Mr President. If there was an appraisal process for politician’s performance I think we can agree, he’s used too much money in his term, the debts keep rising, he’s had to deal with the unravelling of state capture, which now is a fait au complet as the President said the ANC was no longer “captured”. Yet uBaba drinks sweet tea…

I thought of Covid-19 and how badly the rest of the world handled it and I found some points for the scorecard. We understand, Mr President, that this #StepAside is a big step. But we have lost our patience; we believe this is just electioneering or the hands of your donors. We no longer believe orange overalls will be handed out. Conclusion: please stand up and slice this faction from your team, just do it. The country will rise for you. We know you are surrounded, just take a deep breath and end it. Ordinary South Africans are not even interested in voting in this election. Clear, deliberate and swift movement will give us hope. What we are witnessing now is a farce.

And what is uBaba doing during this “crumbling” of the ANC and the RET grouping as one after another after another came out of the woodwork picking a side? Was he rallying the troops? No need, he was doing what he does best, dancing on #Tiktok with his many wives. Ridiculous, right?

Here’s one even more outrageous. #CarlNiehaus is suing #Mbaks #Mbalula for R8 million for “reputational damage” for a series of tweets that #MrFix sent. Are you kidding, Carl? Didn’t you kill off your mother? I think you’ll find your reputation hasn’t changed over the years; it’s always stunk.

I was in the middle of watching Parliament as the news broke and went viral about #SollyMsimanga being in a fist fight as he tried to get away from a family member he allegedly owed a lot of money too. It was horrific to see a politician with blood pouring from his face. Solly didn’t call 10111 either. Wonder if Josh or Robbie could help? (If you’re confused keep reading.)

The Zulu Queen passed away. What on earth is happening with the Zulu kingdom? Rumours of forged wills and poisoning were rife and yet another monarch was laid to rest during a very political week. Prince Mangosuthu Buthelezi must deal with all this in-fighting.

We watched #LindaniMyenis funeral, the man who was killed by US police for nothing at all. A horrific story that should have made world headlines like #GeorgeFloyd but of course we have to be nice to America because of money. I felt sick really sick when none other than #SihleZikalala told the mourners he would not rest until justice was served. This is the same guy who gave out 200 food parcels to feed the entire KwaZulu-Natal province during Level 5 lockdown? Do you think he gives a second thought to Lindani? I doubt it.

My story of the week: Two cash in transit guards went viral as dashcam footage showed two of the bravest men I’ve ever seen. One was the epitome of calm, the other South Africa’s #ChuckNorris. Littered with expletives, the video shows these guards under attack with guns firing at both sides of the vehicle. As Chuck put his foot down and tried to escape with speed, he told his colleague to call Josh and Robbie, not 10111, just shows you, does 10111 even get calls anymore? Next thing the vehicle was cornered and stuck, no problem to Mr Norris; he jumped out the vehicle wielding his rifle and headed into a Tsotsi battle. It was a heroic story, but let’s think about this. These two brave men risked their lives for someone else’s cash and I’m sure they are on a wage that doesn’t make up for risking death. We salute you!

The Pfizer and J&J vaccines are coming to our shores in a few weeks and in #Parly, the President said over 40 million vaccines will be here before the end of the year. The DA did the maths about vaccinating the nation in such a short period of time and of course it didn’t add up. It never does. It is simply not possible to vaccinate that number of people in six months. We are also told that the vaccines cost $10 a piece. Do the math, where on earth did we get all that money? When you look at the level of debt we are told about repeatedly and the amount of money lost to corruption, we must be one of the richest countries on earth – if we didn’t gut the coffers. Ifs and Wishes hey, I’m a dreamer.

#TheEskomFiles were dropped and they are worth 178 000 000 000 (enough to vaccinate the country). #MakateNkosana refused Vodacom’s R47-million offer in the #PleaseCallMe case and says he wants the courts to decide. Good on you #Makate. We are behind you all the way.

I can’t finish a report without referring to #StateCapture. Sadly #Zondo announced time has run out for the commission – did we run out of time DCJ or is it because of the enormous failure of #ZumaArrest? Without that is the #s moot point? Am I wrong? I have found it increasingly difficult to follow the Commission as election rhetoric swarms the stand and we are left with speeches that drone on and on about whoever that person insists should be blamed. We saw #LuckyMontana and #Koko both appear aggrieved and hard done by and taking shots at #Zondo himself. It’s like a Netflix series where the producer lost interest at the final season.

To conclude, #AkaniSibane made South Africa burst with pride with his performance at the #WorldRelays, Bill and Melinda Gates got divorced and the memes are a laugh a minute, it was #MayTheForth (yawn) and there’s a cheetah loose in Jozi, not #PrinceKaybee, just a regular cheetah.

It’s the last Friday of Ramadan and as the month of charity comes to a close, I wish you all a wonderful weekend. Make an extra portion of dinner for someone who needs it over this weekend you’ll feel great, I promise you.