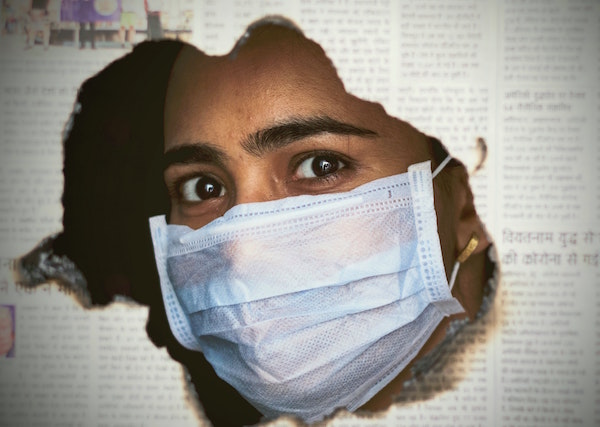 It’s September, the last quarter of 2021 and the beginning of Spring. It feels like it’s been 16 years since we rang the New Year’s bell on a humdinger of a year that most of us want to forget. You know we say things like “this year has flown”, but we don’t use that anymore because it hasn’t. #LockedDown #TooLong. Allow me to take you through the week in media numbers.

The #SIU finally delivered their report to #PresidentRamaphosa on the #DigitalVibes scandal and it’s damning! It recommends prosecution of #ZweliMkhize and others; we didn’t expect anything less, but we were quite surprised at that strong recommendation. The President has not released the report to the public, but the ruling party has more leaks than #DearLiza’s bucket. (Some of you are far too young to remember this reference but laugh because I promise you it’s funny). #NicholasCrisp was appointed acting Health DG which appears to be a sign of no return for #Mkhize. Now #WeWait, we wait in a #LockDownTooLong, we wait in a snaking queue for everything including justice.

The assassination of #BabitaDeokaran resulted in several arrests this week and a bunch of cash was found at one of the suspects premises. This story is a tragedy. Why are there bodyguards and security in their numbers for the politicians that stole but nothing for the #WhistleBlowers? #MinisterCele, we don’t even want to see those who assassinated #Deokaran. We want to see those that paid for that assassination and quickly please! #WeWait

Eleven million people applied for special grants this week. That’s about a fifth of our population and these are new criteria grants, not the normal SASSA grant where the queues pile up each month. #WeWait. Government admits the situation is untenable and that unemployment is a path to starvation and we still wait, #TooLong. #Sisulu says that the safe houses for women involved in #GBV are not enough, and then? The Gauteng rebuilding fund opened this week as applications pour in and #WeWait.

Every week I vow not to give the #Zumas any airtime, but here I am, again, having to write explanations to people who actually believe that Zuma was subject to #DetentionWithoutTrial. It’s simple, everyone. There was no trial because Zuma refused to attend the courts and like anyone else if you don’t attend the trial, you will be detained. Shall I write it out in capital letters? Will that work?  The level of downright stupidity is exasperating.

How is Zuma by the way? Ah, no one knows. According to the #JZFoundation, his illness has been “diagnosed” yet they won’t release the details as he languishes in hospital. He has still not served a single day of his sentence in jail. So actually he’s not detained without trial at all, is he? He’s in a plush room filled with nurses that serve him, just like he likes it. #RememberKhwezi. The ‘doctors’ have refused to let the State in on the #DiagnosedCondition to evaluate their findings and now that has gone to the NPA. So here we wait, maybe months, maybe even until his so called “prison time” is over. #TooLong

Those pesky instigators of the insurrection are still aloof. But #SphithiphitiEvaluator was arrested this week and then released. She was told not to tweet anymore. Um, do the courts know how Twitter works? I don’t think that’s going to stick guys. She can call herself #EvaluatorSphithiphiti1 and she’ll be back to nasties quicker, in fact much quicker than you can read your dodgy report on who did what on social media. When will you arrest the #ZumaTwins? #TooLong.

We showed you #MrPresident that we #WeWillNotBePlayed and our overwhelming physical and social media voice was drowned out by the arrest of keyboard warriors instead of those who orchestrated a war against our country. A coup, a plot to remove you from your seat and still you make us wait. We lose hope that you will listen to what we shout out loud. As if to add salt to the wound that needs surgery, #DZ22 started trending! Yip, the real instigator is running for President. There’s no mention of which party Duduzane is running with though. #WeWait

Supra #Mahumapelo disciplinary to start afresh; you remember him, he’s the guy that made #Mahikeng burn in 2018, three years ago and we are still waiting. #TooLong

The governing party can’t even pay their own salaries as the #ANC resorts to crowd funding to pay its staff.  Maybe they got the idea from #Zuma with his #Capitec account? By the way, has SARS got that Capitec number? Not that I believe a single person donated because #CashCrunch, but regardless there should be scrutiny on this latest fad where the people that you stole from are asked now to give their little money left to gluttonous politicians. #Tsek

There is some good news, #Eskom is recovering as it ONLY declares an R18bn loss. Apparently, that’s quite good. It’s only numbers guys, it’s not like it makes an impact on our lives hey?  #LockedDownTooLong

I read a fabulous article by Colin Thukhr, a professor at UKZN; he said when in doubt, vote for #NOTA. He went on to explain that if you are unhappy with the EFF, DA or ANC, then vote #NOTA. “None of the above”. He makes an excellent point; dilute the powers of those that have failed us. And the thought wasn’t even out of my head when #GodZille entered the room. Remember her? She’s the one who resigned from the DA, often, but never left? Remember? Well she’s back and she’s electioneering and climbing onto every story that blames a Zuma or a member of the ANC. This week she was quoted often in her opinion of #SIUReport and the #IECElection readiness assessment.

Many will know that I am less than a fan of #GodZille and after this week, nothing has changed. She evades the questions of why the Nelson Mandela Bay Mayor had a car crash after curfew and doesn’t mention that small thing called #Khayelitsha. She doesn’t mention how Cape Town is so out of touch with South Africa that they want to break away from the rest of South Africa and she also doesn’t mention that the Cape Town Stock Exchange has opened because the wealthy are living in their holiday homes since lockdown. There is a word for this now: #Semigration, I call it gluttony. The disparity of the Western Cape and the self-righteousness of Gogo Zille are nauseating.

Covid and the vax

The wasp’s nest of disinformation and social media rebuttal to the vaccine grows each day. I cannot believe I’m writing this, but an organisation called Panda compared the vaccine and PCR test to rape. This was during #WomansMonth. Do you think it was a boys’ club who had this discussion? Probably. I’d hate to think a woman would make such disgusting remarks. Hey Panda, couple of questions: did you give consent in your last rape because with the vaccine you have to? Did the last rapist give the woman a choice to say yes or no? The vaccine does. What an insult to women based that endure the rape capital of the world. This time Panda should be extinct.

The #DeltaVariant has created havoc across the world to the extent that some countries are considering a booster shot for the original vaccine. You see, when we read this, we all feel that sinking rollercoaster tummy, especially those of us who are vaxxed. We did our bit, some of us felt quite heavy side-effects from the jab and now you want us to go again? Even I’m going to say no on this one. Well I thought that and then I saw the first chink in my plan. #Discovery made vaccination mandatory for employees. This is a natural next step for business and our planet I suppose. #VaccinePassports are a thing as most of Europe have implemented the ‘#NoVax #NoEntry’ law into restaurants, shopping malls and any other crowded place. Jumping on a plane now requires more than one passport. I don’t mind this. I want to feel some level of our old world, where we can do as we like if we choose to within the boundaries of the law.

Our children and other tragedies

And then I watched the headlines read that a Grade 8 pupil was stabbed to death and a 15-year-old was charged with murder. I watched in horror as I learnt that a six-year-old was raped in a school toilet, the very place that children should be safe. I learned how nothing has been done on #PitToilets. What is the hold up? #TooLong.

#Liliesleaf, a place dear to my heart, has run out of funding and will be shut down. It was the place I met #GeorgeBizos. It was the place where we joined in an interfaith prayer while #UncleKathy was breathing his last. My generational cousin #AlanPaton’s name is on that wall. This story made me cry and I can’t believe that our history is being cancelled because of the rancid impact of #Covid19.

Outside of the carnage that is the impact of an inactive government during a pandemic, we saw that those who killed the frailest of our society in #LifeEsidemeni will not be charged criminally. We waited so long and watched in horror as the story unfolded years ago and then? #Nothing

In other news #TekkieTown moves forward with their case to liquidate #Steinhoff – no arrests yet, #TooLong.  America asked South Afria to take #AfghanRefugees and we said no. My heart aches for the #Afghans but America and Britain this is your shout; don’t drag us into your crimes against humanity.

Ending on a positive, the #Paralympics made us proud; the show of courage and tenacity by these Olympians is a lesson to us all.  Rise regardless of your circumstance. Dedication and talent will take us further than any politics will. We’ve waited #TooLong South Africa. Vote #NOTA

Live link to data on #DigitalVibes:

Check out our YouTube channel for the Audio-Visual Report.