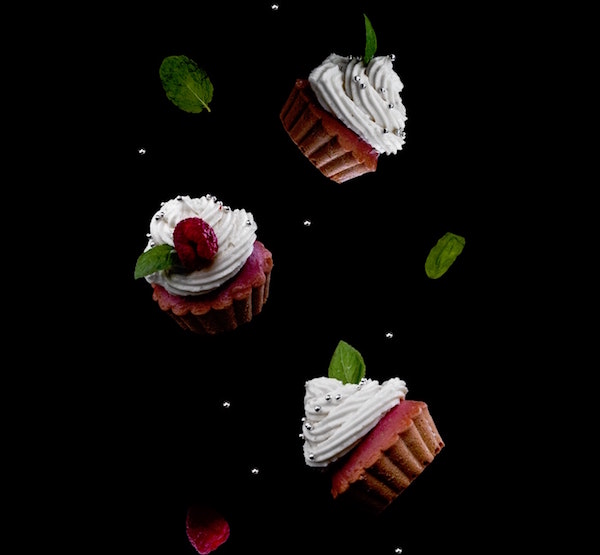 I am gutted. Let that word sink in. The gravitas of the word. #Gutted

Gutted is an adjective. One meaning is ‘to remove or destroy completely the internal parts of (a building or other structure)’. Some suggested synonyms are devastate, destroy, demolish, wipe out or ravage. Well, now, that does sound a bit like the situation in South Africa today doesn’t it?

Gutted can also mean ‘to remove the intestines and other internal organs of an animal before cooking’. Likely synonyms are ‘disemboweled’ or ‘eviscerated’. Now, that sounds like my feelings. This may sound a tad overdramatic but actually it’s almost an understatement when we begin to unpack the dreams and the terrors of what has been your reign as #President #Ramaphosa.

#DearMrPresident, I’m going to fess up, I had a major crush and I was brimming with pride and sheer adoration when you moved to power. I’ve been a stickler for the ANC under all its leadership apart from uBaba and to be fair, I quite liked Zuma when he first took over. I mean, who doesn’t want a President that can dance? Drunk with #2010Pride and blinded by patriotism, it took #Malema to wake me up. He was vicious in his alarm call.

I feared #Malema in the #beginning and then I was smitten by his ability to paint the nation red, in what can only be described as marketing genius with the #RedOveralls. Every time he opened his mouth about #Zuma he was right. #Zuptas #Guptastan #SaxonwoldShebeen; all those aphorisms catapulted me into the whirlwind of rhetoric that was #ZumaMustFall. I stood on the street with my placard held up high, waving that adorned list of cold crimes that Zuma had committed.

The nation was united and we had one enemy in sight, our own President #Zuma. We stood and watched while #BellPottinger’s #WhiteMonopolyCapital tore chunks out of our flesh, the very same flesh that was pretending to be a unified nation. I stared across the gaping wound of a divide (that we always knew was there) and watched as it began to fester from the sins of the past. We pinned our hopes on you, #CyrilRamaphosa, believing that you would swing the NEC meeting and you did. #ZumaResigned. When you rose up, you stood over our torn flesh and you called it. You put a name to it #DearMrPresident; you called it the #OriginalSin and you promised #LandRedistribution without a question. You insisted!

You came out onto the streets, refusing to listen to your bodyguards as you walked among us commoners from township to suburb.  You sent fireworks up into the sky and we heard of your #NewDawn and we went to the polls. I voted for you, #Ramaphosa.  And this is why … I could see a #BadANC and a #GoodANC and I wanted the good guys to win. I wanted #MyANC back and you were the man for the job.  I knew it was hard for you, we all understood the enormity of the task ahead, but  if we could step out of apartheid then we sure as hell could walk away from a man who stole cash in order to build an eyesore of a R100-odd million property with a fire pool.

You stood alongside a team of the good facing off against the evil. We loved #PravinGordhan and why wouldn’t we? After that #MidnightReshuffling and #Gordhan’s outspokenness on corruption we saw a glimmer of hope. We saw you stand with #McebisiJonas,  the man who turned down R600 million in cash. There were many others that encouraged us and to be frank, we didn’t care if Zuma went to jail or not. We just wanted a fresh start, a clean slate, a new #beginning, an opportunity to build this magnificent country.

The #StateCapture commission had us glued to the television for two (probably even three) years and personally, my chest puffed out every time a criminal was annihilated on the record. Beautifully packaged for the #HAWKS and #NPA. When I said “beautifully packaged” #DearMrPresident, I meant that the #StateCaptureCommission had wrapped those people up in such a manner that they could have been arrested at the door. There was no better opportunity; oh wait, there was that pesky #Insurrection.

The Commission backed #Zuma into a corner so tightly that even Houdini couldn’t undo the knots. At least that was until we saw that old chestnut the #SchabirShaiks come out. I was madder than a box of snakes but I still had faith that you would fix this and not allow a repetitive farce that really didn’t even require a spoiler alert, we expected it. We have waited for far too many years to see any form of justice in our country and all you gave us was a bunch of voluntary step-aside motions and then – and this is important – you wished Zuma well after #MedicalParole was granted by none other than #ArthurFraser!

You’ll remember #ArthurFraser? He dominated the #StateCapture enquiry and was well packaged like the rest of them; in fact his packaging was so good that even the Post Office could have delivered it.  However, it appears that #DearMrPresident, the #ChessMaster, did not have the foresight to predict the #MedicalParole card. In fact he had no sight at all by actually placing #Fraser in the very position he holds today; King of the #ShaikFactor. This was your #DropMic moment for me #DearMrPresident. Like a rich billionaire on Dragon’s Den #ImOut. I think we all are. You have no cajones, sir, and it takes big brass ones to run a country like this.

Zuma torched this country during his reign and now during yours, he has made a mockery of you and the entire Constitution – the Constitution, sir, the very mettle that binds our good and evil into separate parcels. That which we – as #South Africans – hold most dear, the most sacred document this country has ever produced. You let #Zuma vomit on it after a gluttonous binge on a starving country and then you wished him well.

You see we are not stupid, perhaps blindly loyal and burdened with a great deal of psychological trauma that has made us fall victim to narcissists, yet we are not stupid. For those of you who are still interested in this farce, do you want to know how you get #MedicalParole in South Africa?

Are you ready? There are only three ways. 1: You should be terminally ill. Or 2: you should have zero body function which means round the clock care. Or 3: You should have an illness so grave that it “severely limits daily activity or self-care”.

We all know uBaba was dancing a few months before his incarceration (rolls eyes). That means that none of the above apply to this #MedicalParole. Which is why, don’t fall off your chair, #Jacob is still in a fancy hospital that is costing you and I R400k at last count.

#DearMrPresident, show us some respect

#DearCupcake, you are beginning to live up to your name, dense and slow moving. You won’t make your move at all will you? You have had endless opportunities to do so and you have done nothing but trample on our dreams and finish off a legacy of a political party that was heralded across the world for its bravery and achievement. You finished it. It is #Gutted.

Before you lot jump on your high horse and say “We told you so”, have a look around you. The DA can’t even get a white guy to just try to pronounce a black man’s name. Want to know why? Because they’re still the Nats. Nothing has changed. That “magnificent” Malema became a flip-flopper and a loudspeaker that lives on Twitter, in and among his and Zuma’s paid bots that tell you every day how cool they are.  Those same bots steer you away from the narrative away of a gutted bank where thousands of the poor were victims, you too are revolting and an insult to our intelligence #EFF.

Who are we are left with in this #ElectionRace that is rushing towards us faster than a speeding bullet train? Two blokes that couldn’t fight off #HelenZille; a bankrupt UDM that somehow still features in media; a racist and revolting #FreedomFrontPlus and a bunch of others that are so secular that you couldn’t pretend they were inclusive on an excellent day.

What the hashtags show, #MrPresident

I felt so bereft that I had to take a look to see if I was alone in my ‘guttedness’ (I get to make up words, I’m peeved). Interested in what I found on our systems? Well, over the past month there have been close to a quarter of a million results bearing your name #dearMrPresident. Let me benchmark that for you: There are just over 300k results about Covid-19 and the vaccine in South Africa over the same period. It’s a pretty big number. The number gets bigger when you measure how many people engaged in this conversation:, over 800 000, #DearMrPresident.

Want to hear more? Almost half of that narrative and engagement was negative, over 44% to be exact.  Are you deaf, Sir? Oh my word, I think I might jump off this balcony. Seriously, I rant so much each week that my whole soul is tired. Imagine watching headlines every day from dusk ‘til dawn while trying to stay positive and keep some modicum of integrity?

#ImGutted.  It is relentless and you #MrPresident are impotent and borderline complicit in the carnage we see around us. I doubt you’ll read this and if you do, you’ll cast it aside as a “so what”? Here’s “what”: the adage tells us that inevitably the  doormat will stand up to the bully. Stop wiping your feet on our allegiance or we may just pull the rug from under your feet, #DearMrPresident.

As you can read, I need a break and if you’ll allow my mental health to recoup, I’ll be back week after next. I’ve got some quality time booked with a potato bass; he doesn’t care about politics.