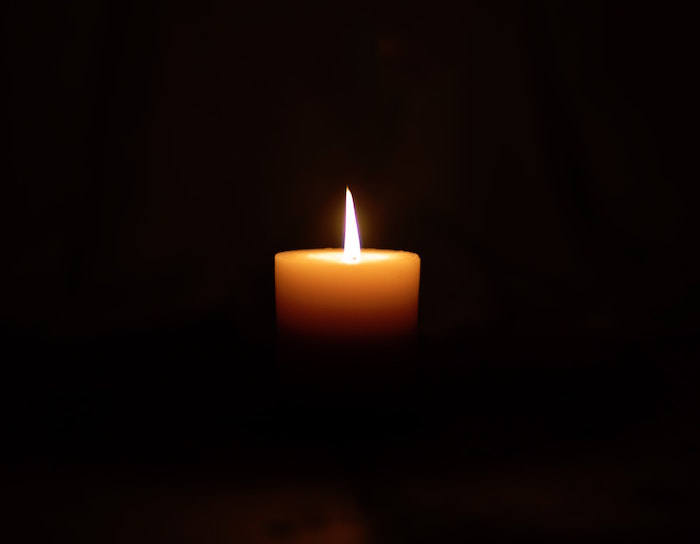 I wanted to be cheerful l but I got #DeRuytered. #DeRuytered: When your expectations are so low and are still not met.

Eskom has been ridiculous this week. You may be experiencing power outages that extend for hours and hours but imagine how it is in the rural community? This week (with most of my team based in Joburg) we had cancelled meetings while the team tried to drive from town to town looking for critical charge station. #Dololo #DeRuytered.  Here in Sodwana, the heart of rural KwaZulu-Natal, we experienced a disco.

Without exaggeration, the electricity would turn on and off at least 10 times every minute, creating a rave experience that turned into a rage experience. Living in this area, one would be foolish to run a company without a generator. I have one and I’m eternally grateful that our landowner has a very large one but in order for the generators to kick in, you shouldn’t have power. #Eskom found a gap in our system, we got #DeRuytered. So instead we were faced with surging appliances and the inability to use our own resources to fix an Eskom problem.

I’ll let you into a secret; well it’s not a secret, it’s a fact – over my years in media I have had the honour of meeting people that have either worked in senior positions in Eskom or know so much about the organisation they might as well have worked there. They all agree, without question. #Eskom is able to provide uninterrupted electricity to the entire country by doing two simple things.

One, having enough supply and two having enough back up if they don’t have enough supply. It’s that simple.  That’s their opinion. Mine? I have a question … see that great big yellow ball in the sky and feel that wind rip across the trees? Why is #Eskom still part of our conversation after 30 years? Why aren’t they the guys who supply other countries and not ours?  I lived in East Africa for a long time and there is a fundamental difference; they accept their power supplier is useless and they reinvented to make things work.

Cellular phones, laptops and even fridges are solar powered. I’m not talking about solar panels on the roof, I’m talking about an extension cord that you plug in and leave in the sun. Why are we #DeRuytered? Because it suits the empty coffers, that’s why. Another way to burn cash. Well, I suppose that and that #Zuma sold us out to the Russians.

The ANC are a laugh a minute; apart from this #zuma farce, the ANC marched on themselves this week for service delivery… um… ok! They called a #SecurityBreach at #LuthuliHouse following a Liberation Struggle War Vets meeting. Who are these guys now? A reinvented MKMVA. #WhatsHappening? Then we heard of a protest about a R5 million breakfast by #MrTea (so dubbed by social media).

Just when you thought you’d been #DeRuytered again, we heard this …

It was announced early this week that MEC #MandlaMsibi had handed himself in to the police for murder. He was immediately fired (how come?) and then in his bail hearing there was a #bombscare and the court was emptied.  Would it surprise you if I told you he was linked to #ACEbestos? Of course not. #thisCountry #DeRuytered

Enter the story of the week and it’s ugly. #Gqeberha. I was still struggling to pronounce the name and the place imploded. Rumour has it that there was a crash between a taxi and a car, and with that it became a #Warzone.  Local residents and businesspeople of Somali descent took to the streets with #AK47s and so began a war with the #TaxiIndustry. How complex is this story? On one hand people are shouting #Xenophobia and on the other hand people are shouting #Warzone.

I saw images of vehicles burning and people running scared for their lives. The #TaxiIndustry is probably better called the #MobileMafia. We know this and even #RazMaTazz #Mbalula is terrified of their power, but it appears that the #Somalis had enough. I fear for the innocents that use both the shops and the transport to survive in what is already a hot mess. While this was going on, by the way, mainstream media was covering potholes in some obscure place for two days. #Potholes? For TWO days! Are you kidding me? #DeRuytered

While I’m on electioneering, I spat out my coffee when I saw #Zille take to the streets (she’s definitely retired folks) she had a few supporters propping her up for the interviews. They were all in DA branding and one, and this is the moment I choked, had a dagga decorated mask on with a DA cap. That about sums it up doesn’t it? A confused voter who got a cap.

The #DaggaParty came out with their mayoral candidates and I was amused by my friend and colleague #EbenJansen standing for mayor. Then I thought about it. He was competent and always present when I worked with him at the SABC and if he was goofed, you’d never have known it. So, why not? At least they know that they have one voter – that guy with the DA cap! Ah #thisCountry so #DeRuytered

Just moments after this #FFPlus said they side with an independent Cape. Do they know #Khayelitsha is part of that, or are we seeing a DA / FF+ Coalition in the making? #TheirCountry?

The alleged #SerialKiller #RosemaryNdlovu’s trial came to a close with a set of questions from the Judge. He was grilling the defence about blatant lies in #Nomia’s testimony. I watched a short interview with her sister who just escaped death at the hand of #Nomia and her story was so tragic. I know all about sibling rivalry but this is next level. I think the youth call it #Extra.  hope she gets pushed into the darkest corners of hell for the lives she took for financial gain.

In case you forgot, we are still in a pandemic, except now #Covid is an election card. Many parties are spouting “your body your choice” narratives and even the #Zumas are antivaxxers – who knew? This amid large corporates making vaccinations mandatory and the public pushing back much harder than they do when they vote. #SMH #thisCountry

Let me cheer you up with a viral video of man trying to pet a “tame” warthog. There is no such thing by the way.  The video proved that you really shouldn’t pet wild animals. A life lesson right there.

#Sooliman of #GiftofTheGivers was honoured for being the best human I’ve seen this year, step aside #DeRuyter. Facebook bans derogatory commentary on celebrity or high profile influencers, specifically about sexual allegations – I’m not even sure what that means, but I did see the impact on the ground.

A good friend of mine’s entire career was put on hold because he expressed his loathing of #CardiB in a one liner.  Facebook said he’d been flagged and he should accept the three day personal ban.  He did, like a good Facebook citizen, only to find that in doing so he was locked out of all his client’s profiles and wasn’t allowed to advertise or push content for a month. If you know social media, you’ll know that 30 days might as well be a death sentence to a brand, let alone the freelancer who is tasked to push your brand content.

They have too much power, this Facebook of ours, and it’s not a tool for free speech, no matter how they sell it to you. It’s time for some healthy competition in this industry.

See what happens when you write these reports? I was meant to be cheering you up. Focus Tonya! I missed it last week, but if you are in need of entertaining content and #SquidGames isn’t your thing, then move yourself over to Youtube and watch the #JSCInterviews; you will be horrified, but you’ll feel better about yourself, you know more than most Judges.

I’ll end on this, if you’re ever feeling old and weary, #WilliamShatner went to space! The things media will make you watch, what are they preparing us for.  #StarTrekking across the universe, on the starship enterprise under #CaptainKirk. Maybe we should stick with #DeRuyter hey?