Travelling (or not) in the time of a pandemic 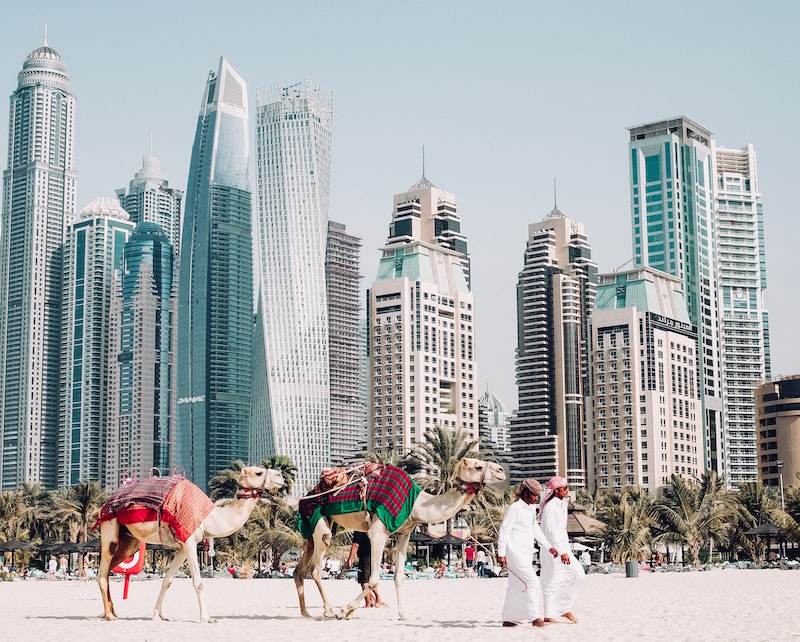 It’s been over two years since my last international trip. No wonder I’ve spent the last several months excited about my December holiday to Dubai for Expo 2020.

Alas, it isn’t going to be.

Long before the Omicron variant made South Africa and our neighbours radioactive to the world, I suffered a sports injury that turned out to be serious enough to require surgery to repair a fracture that wouldn’t heal on its own. Fortunately, my trip was covered with Discovery Insurance so I figured that the process of filing a claim and getting a refund would be a breeze. Boy was I wrong.

After fastidiously gathering all the required documents, I sent them off. But despite the fact that my orthopaedic surgeon explicitly stated in his letter that travelling to Dubai was not advised, Discovery wasn’t happy with the wording because it didn’t mention anything about being “unfit to travel”. This seemed like nit-picking to me although I do see their point. Yes, I could theoretically hobble onto a plane and theoretically spend three weeks hobbling around on a foot that isn’t fully healed, but of course that wouldn’t be a good idea. As far as I’m concerned, that seems like “unfit to travel”.

Bottom line is that they aren’t going to pay out unless I get my doctor to write another letter with the exact wording they require. And so, rather than having yet another medical bill (because of course every little thing is charged for), I figured I might as well just make the claim based on the fact that the trip would have been cancelled anyway due to the travel bans. Alas again, that still wouldn’t work because, buried in the fine print, the insurance policy explicitly excludes this. Instead, I have to claim back from the travel providers instead.

Obviously this makes sense. Indeed, it’s something I started doing even before I filed the insurance claim. But the process has been a case of one complication after another. Because I bought the tickets through Kulula website (using my Discovery Vitality diamond status for a nice discount), Emirates wasn’t able to help. But sending DMs to Kulula and Discovery on Twitter had each one telling me to contact the other to get the problem resolved. It was like nobody wanted to take responsibility to help.

Next came the phone calls to Vitality Travel, the first of which had a wait time of one hour and forty minutes (at which point the call centre was closed for the day) while the second had a wait time of over an hour. As much as I was so grateful to be able to outsource this to a team of virtual assistants through an amazing app called Hey Jude (use promo code wdyspo and thank me later) this was excessive. (Side note: Why do they keep apologising for having “unusually high call volumes” when it’s the case so often these days that they might as well be classified as the new normal?)

Eventually, after getting through on the phone, the conversation moved to email. This required at least a dozen back and forth messages over the space of ten days to confirm all the details (sometimes more than once) and initiate the flight cancellation so that I could get a refund. But as much as I was happy to find out that I could be getting my money back (minus the admin/booking fees, which I suppose I can still try to claim back from Discovery Insurance) it was a little disheartening to find out that it’s going to take six to eight weeks, again because of the unusually high volume of refund requests these days.

It’s been much the same with my hotel. I was happy to make the booking several months ago because Grand Plaza Mövenpick Media City (remember the name!) said that it was fully refundable if cancelled at least 24 hours in advance. But, despite multiple attempts, getting hold of them via email or on the phone proved impossible, never mind that they were initially quite happy to pester me every single day to confirm! final! payment! Ditto for social media, where their Twitter DMs weren’t open and I had to wait days at a time for responses to my tweets. (They eventually sent me a link that I could use to DM them but, by the time I clicked, it had already expired. #fail)

Eventually, I was able to find another phone number from the parent company Accor (who also took several days to respond to request I submitted through an online form) and Hey Jude was able to get through to an actual human being on the other end of the line. Finally, I was assured that the cancellation was made and that I’d have my refund in two to three weeks. But after more than a month, I still haven’t received anything, nor was the hotel willing to send a PDF showing proof that they’d reversed the payment on the credit card. Instead, they put me in touch with someone in the accounts department who now said that the request hadn’t yet been processed, never mind that one of her colleagues has spent the last several weeks saying that the opposite was the case. Oh, and because they were on holiday, I should expect further delays.

Obviously I don’t want to jump to conclusions by assuming that they’re doing all this deliberately just to hold on to my money a little longer. But even assuming that this is just an honest mistake (and one that’s taking forever to resolve because, as with Kulula and Discovery, nobody seems to care enough to take individual responsibility) doesn’t inspire much confidence for the future. Indeed, my experience with the Mövenpick brand (and Accor as a whole) has been so tainted by this that I’ll never willingly choose to make a booking with them again, unless it happens to be on a press trip when I have no choice or if they happen to read this and want to apologise by offering me a free trip. (Stranger things have happened.) Instead, I’d be much better off doing what millions have chosen to do by going with Airbnb instead.

When I initially booked the trip, I thought I’d only be there for a week, which is why I chose a hotel. But when I realised that Expo 2020 was going to be a lot more eventful than I thought, I decided to extend my holiday and book an Airbnb for the rest of the stay. Dealing with them has been an absolute joy. First, by some bizarre coincidence, my host had to cancel the booking due to a family emergency. That meant I got a full refund processed in two days. But even if I’d been the one to make the cancellation, it would have been the same. Likewise for making any changes to travel dates. Instead of spending hours on the phone or in a lengthy email conversation, Airbnb makes it easy for you to handle everything yourself, happy in the knowledge that they’re just one quick DM away.

In the end, this whole experience has been utterly exhausting but also quite insightful. Clearly, travel brands are struggling right now but the only way they’ll survive is by improving their systems. For example, if 90% of people calling and emailing are doing so because they want to change or cancel their bookings, doesn’t it make sense to build an online platform that allows them to do it themselves? Yes, you’ll have to invest a lot of time and money upfront, but you’ll save so much more in the long-term.

The same goes for filing an insurance claim and, as I’ve now chosen to do with the hotel, disputing a credit card transaction. I had to phone Discovery Bank (half of the conversation involved waiting while the consultant struggled to find the transaction), wait for an email with several PDFs attached, email back the completed forms, and now wait (up to 90 days!) for everything to be manually typed out and processed. It just seems like such a waste of time and energy when it should be possible to do all these things through a seamless system that captures all the information online.

In any case, Discovery is launching its Vitality Travel platform in 2022, which it promises will allow you to handle all aspects of your trip in one place. But I’m sceptical that it will offer the same kind of easy experience I had with Airbnb (although I’m also happy to be proven wrong). More than that, if all the different aspects of the business (Insurance, Vitality, Bank ,etc.) can’t really communicate with each other, then what’s the point in having the full suite of products? And if planning a holiday turns out to be this stressful, maybe we’re all better off staying at home.

Eugene Yiga was born in South Africa and has lived in this amazing country all his life. And even though he studied finance, accounting, and classical piano at the University of Cape Town, he now works as a copywriter, journalist, and blogger with two and a half years of full-time experience in branding, communications, and market research.