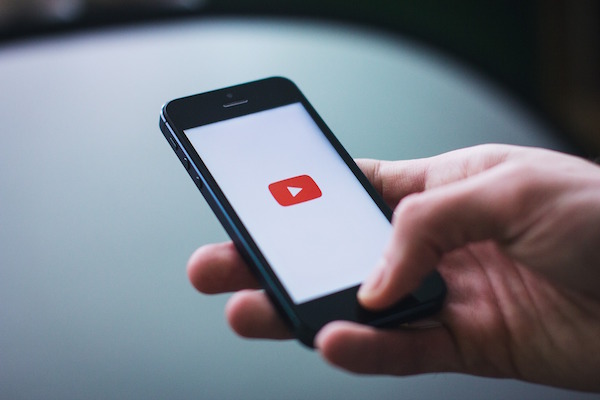 Here are the other five top 10 YouTubers of 2021. I’ve put them into one broad category called comedy/entertainment.

Number 9 is 26-year-old Logan Paul, who is back after the ‘suicide forest’ video disaster in 2017 (6.3 million views within 24 hours). He’s an American comedian/entertainer/actor and wannabe boxer and the brother of Jake Paul, who is also in this list. Much like his brother, his channel is dominated by videos of Logan and his friends doing pranks, playing with bicycles and dirt bikes, his daily life (dating, conflict with his brother, cheating), causing mayhem, having fun and generally just acting up – think clever dudes acting doff, misbehaving and pushing the boundaries of what is acceptable and what is not – all while making money hand over fist. (Slapstick really does sell.)

He’s a trained actor and comedian who dropped out of an engineering course to focus on his entertainment/influencer career. He videos his daily life, but there’s always comedy, laughter and being funny, silly or outrageous. He started on Vine when he was 10 years-old and moved to YouTube in 2013 when Vine closed. There’s a podcast that’s generated over 100 million views in the last year, an NFT sale of $5-million, additional YouTube channels, other social media platforms that he engages on, hosting gigs, boxing ($5.25 million for boxing against Floyd Mayweather), merchandise ($40-million sold within the first nine months), acting roles, music, sponsorships, screenplays, films, philanthropy, appearances, sponsored posts ($80 000-$150 000 per Instagram post with 17 million followers), video production (for clients like Pepsi, Virgin Mobile and HBO). He has 23 million YouTube subscribers or Logangers, as he calls them and earned about $18-million last year. His videos easily draw anything from six to 20 million views and his net worth may be somewhere between $81 million and $130 million.

In at number 4 is Rhett and Link of Good Mythical Morning (real names Rhett McLaughlin and Charles Lincoln Neal). This is an American nerdy comedy-entertainment duo who talk about stuff, ‘do’ food, do funny skits/stunts/sketches, sing songs, etc. The channel has amassed 17 million subscribers since 2006. Most of their videos show views in the one million to three million range. There are multiple spin-offs, brand extensions and other ventures, including a comedy cooking channel, an investment arm, a paid livestream ($50 000 x 70 000 tickets), sponsorships, endorsements, product placement, merchandise sales, books, appearances, a commercial production company, a podcast, music videos, a home sale business (about 400 homes at about $2-million each p/a), and they are the new owners of Smosh. Net worth is anything from $30-million upwards.

In second place is 24-year-old American comedian/entertainer/actor/boxer/clever-dude-acting-like-a-doff-dude, Jake Paul. Recently he has been posting about his boxing, but before that it was doing pranks, making music (one song clocked up 70 million views in one month), generally misbehaving, his personal life and all the shenanigans that entails – think dating, vacations, getting engaged, getting divorced, cheating and general mayhem. He started on Vine in 2013 before moving to YouTube after it closed down. His boxing videos regularly draw 0.5m to 2m views, while a fight from a year ago has 10 million views and one music vid has 26+ million views. However, his other videos show much higher views in general (four million to 40 million views).

He is back up at seven million views per month, but this is way off his previous highs (following the controversial Logan Paul suicide spot video the demonetised him). He has an influencer marketing platform and creative agency, is active on other platforms, has been hired and fired by Disney, and has been embroiled in a number of controversies. He earned $45-million in 2021 and net worth is probably upwards of $30-million.

In at number one is Jimmy Donaldson, aka MrBeast – the king of expensive stunts/challenges/dares. He’s a 23-year-old who’s been at the YouTube game since he was 13. He started as MrBeast6000 posting gaming vids and trying comedy and now employs 30 people in his little empire. He gets buried alive, sits in ice or underwater for 24 hours and watches a music video for 10 hours. He also offers money to people to do insane things like sit in a bathtub full of snakes ($10 000) or rob a bank ($100 000).

The give-aways keep coming and some are huge: $1-million for ‘extreme’ hide and seek (think hiding in a freezer); a Lamborghini to the last person in a group to keep their hand on it; 40 cars to his 40-millionth subscriber. He also likes staging influencer tournaments and generally doing what us regular people would call insane stuff – all while having fun, laughing and giving away a lot of money. And of course raking it in himself. He doubled his views year-on-year last year, climbing to 88m subscribers. His without-the-violence Squid Game series has drawn 195+ million views and he gets 539+ million views a month, which brings in about $32-million p/a in advertising revenue. There’s a MrBeast Burger app, a number of other channels (English and Spanish), a content distribution deal, branding and sponsorship deals, an app game, a tech startup, a merchandise store, and various philanthropic ventures. His estimated net worth is $129-million.

Three things are clear. One – it’s the Americans all the way. Two – you have to pay your school-fees – success won’t come overnight. These people have been at this game for a very long time. Three – you need to diversify into everything related to social media, entertainment, consumerism and marketing.

Hmmm, methinks it’s not too late to go on a comedy course and get a YouTube channel.

References: data was taken from the Forbes annual data on the world’s top YouTubers released January 2022; NetworthSpot and CelebrityNetWorth for the wealth estimates; the relevant Wikipedia and TheWikiFeed pages for the additional details.

Juliet Gillies is a highly skilled writer, editor and English specialist. She is a skilled, experienced writer, having started in the marketing/communication field, but now focuses on educational materials. She has been writing and editing at a professional level for more than 30+ years.