Why LGBTQ representation should be a priority for business and media 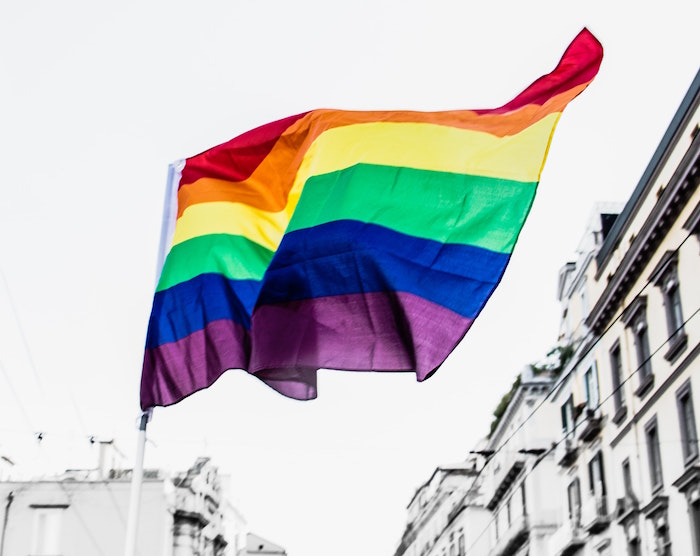 An unprecedented number of anti-LGBTQ bills continue to be proposed in state legislatures across the US. Elsewhere, nearly 70 countries continue to criminalise being LGBTQ, according to the Council for Foreign Relations, including 12 countries where consensual same-sex relations can mean the death penalty.

Acceptance of the LGBTQ community has grown globally since 1981, with 56 out of 175 countries experiencing an increase in acceptance, according to The Williams Institute’s Global Acceptance Index. Iceland, Norway, the Netherlands, Sweden and Canada are the top five most accepting countries, while the US ranks at number 23.

Media images can educate audiences and humanize marginalized communities, but when it comes to LGBTQ people, increases in representation are needed to accurately depict these changing demographics. A unified measure of LGBTQ representation can be a motivating force for accountability and greater cultural acceptance.

While the LGBTQ community is quickly growing in scale, we are also seeing the impact of media representation on cultural acceptance. The majority of Americans are not only comfortable seeing LGBTQ people in media and ads, but actually look more favourably upon brands who are LGBTQ-inclusive, according to GLAAD and P&G’s LGBTQ Inclusion in Advertising & Media report.

Businesses also understand the impact that LGBTQ representation can have on advancing equality and acceptance. More than 90% of agencies and advertisers agree that companies can make consumers more familiar with diverse groups of people and break down social barriers through representation. As the most trusted institution, according to the Edelman Trust Barometer, businesses are more likely to change hearts and minds than governments and news outlets.

Indeed, 59% of ethnic and racial minorities and 49% of people, in general, prefer to engage with brands that represent and include different groups in society, according to The World Economic Forum’s Audience Representation Index. This report was launched in March 2022 to help measure and improve the state of Diversity, Equity and Inclusion (DE&I) in the content audiences consume across film and TV, news and publishing, gaming and sports.

The research indicates that the LGBTQ community felt they were least authentically represented in media depictions. And one out of every two LGBTQ+ consumers say they would stop using a product or service that they deem non-inclusive. Businesses have a clear imperative to connect DE&I to their key performance indicators (KPIs) to measure their progress in addressing this issue over time.

Further, there is much room for growth in developing an understanding of the diversity and intersectional identities within the LGBTQ community. GLAAD’s annual Accelerating Acceptance report found that 63% of non-LGBTQ people wrongly view the community as one group with similar needs and issues, and 45% are confused by the different letters and terms used to describe the community. As such, it is crucial that LGBTQ representation on-screen reflects the diversity of the LGBTQ community in our day-to-day lives.

“With new challenges facing the community, specifically attacks against trans youth, cultural institutions like TV take on the crucial role of changing hearts and minds. What we see and hear in the media impacts the decisions we make in schools, offices, courtrooms and at the ballot box.”

GLAAD’s Where We Are on TV report analyses several dimensions of character identity including sexual orientation, gender identity, race and ethnicity and disability status. This sheds light on who might be missing from the picture on TV. The first edition of the report, published 26 years ago, counted 12 total LGBTQ series regular characters, while the most recent counted 637 LGBTQ+ regular and recurring characters – 53 times more.

With new challenges facing the community, specifically attacks against trans youth, it is cultural institutions like television that take on the crucial role of changing hearts and minds. What people see and hear in the media impacts the decisions we make in schools, offices, living rooms, courtrooms and at the ballot box. GLAAD was founded over 35 years ago to work with studios, social media, advertisers and corporate and global leaders to help them create opportunities for inclusion and representation.

Among the key highlights from this year’s report were some all-time highs in LGBTQ representation. This year, broadcast networks set a new record with 11.9% of series regular LGBTQ characters on scripted primetime series. This is a 2.8% increase from last year, as well as a significant increase from the previous record high 10.2% set in 2019-20. Broadcast is also the only platform this year to ensure that at least half of all LGBTQ characters are also people of colour, for the fourth year in a row.

There were some important year-over-year declines in LGBTQ representation, however. Only two characters living with HIV were counted this year (both recurring), down from three the year before. With approximately 1.2 million Americans living with HIV and an estimated 38 million people around the world, Hollywood has the opportunity to lead and create groundbreaking programming which can educate, entertain and humanise.

Imagine a world where LGBTQ representation not only continues to grow but where the diversity of the community and creative storytelling about issues impacting LGBTQ lives like criminalisation, HIV, and so-called conversion therapy rise as well. Inclusive representation of the LGBTQ community in film and TV can and has assisted in creating greater cultural acceptance. It is now time to further raise visibility with authenticity and impact.