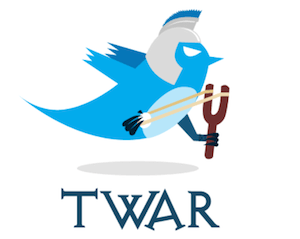 We are barely a month into the New Year and already Twitter is seeing some very heated and contentious debates taking place around the themes of economics, racism and politics in South Africa.

Everyone wants their voice to be heard, and some have even perfected the art of using social media to regularly trend and gain influence in the Twittersphere and elsewhere. Yet some who have been drawn into the maelstrom in recent days are likely regretting attention garnered as they have become a bullseye for other social media users and general public ire.

How could a mere 140 characters have turned into lost jobs or former employer litigation?

In some cases the action taken by employers was harsh, and in other seemingly justified, but in all cases it appears that individuals walked into the eye of the storm with little insight into how sensitive their chosen topics had become or just how contentious their comments would be perceived in a public forum.

The capacity of social media to spread public rage like wildfire is becoming better recognized. Public shaming has lately become such bloodsport that all social media users need to be aware of the risks involved, and to protect themselves so that engagement doesnít turn ugly.

These are my five tips on how to avoid becoming a trending topic on Twitter.

1. Protect your channels
If you are going to participate in conversation on a hot topic chances are that you will be stalked on social media. While Twitter may expose very little in the form of personal information, your Facebook account is the exact opposite. The last thing you want is for your friends or family to become targets due to your actions on social media. You also run the risk of past posts being dragged into the now increasing the threat of backlash from other social media users. CNet offers some great tips on how to secure your Facebook profile in just 6 easy steps: //www.cnet.com/how-to/secure-your-facebook-account-in-six-easy-steps/

2. Audit your past content
A trip down memory lane is never a bad thing, especially when that trip is to ensure that you are beyond reproach. Audit every single tweet or post you have made on social media to save yourself the embarrassment of being called out on something you said several years ago. This may seems like an intimidating task but in the end the effort will be worth it. You donít need to delete all past content that may cause offence. Instead you can prepare to defend yourself in the event that that content is dragged up from annals of social media history. You should also pay attention to the topics and themes of your past posts. If you have been vocal and outspoken about a specific topic, and now decide to engage in conversation where your current stance could be seen as contradictory you will not only face the ire of social media users but also risk losing credibility.

3. Enquire about your employer’s social media policy or guidelines
Many employers encourage their employees to have an active presence on social media especially if they are considered to be experts in their fields. You run personal and professional risks when you step outside your areas of expertise in public, and all social media is public. In response to this ever growing trend these same employers tend to have social media guidelines that aim to help employees manage their engagement on social media. If your social media accounts clearly identify you as an employee of your company then speak to your employer first before you start engaging on Twitter. You do not want to be in a position where you take a standpoint that is completely contrary to your employer. This is even more important where the topics carry any degree of reputational risk to your employer. I always emphasize the importance of a disclaimer on personal social media profiles. While a disclaimer like “views expressed are my own” will do little to mitigate the damage of radical posts, it will offer a buffer in the case of less contentious ones.

4. Think about what you are trying to say
If you are going to engage in conversation about a heated or contentious topic pay close attention to the words you use. While you may understand the context of what it is you are trying to say others may see it in a completely different light. Sometimes the most innocuous message, when taken out of context, can cause a major storm. Avoid using big words and keep the message clear and concise, thereby reducing the risk of misinterpretation.

5. Be prepared for negative commentary and feedback
Active participation on social media is a two way street. It is inevitable that you will be faced with negative comments or even questions about the topics you are engaging on. It is easy to become impassioned in these situations, but before firing off a knee-jerk response take a few moments to read and then re-read those messages or comments. The last thing you want to do is start a personal war of words with fellow social media users all because you didnít take the time to think of an appropriate response. Everyone is, after all, entitled to their opinions. You can still get your point across even if you don’t agree with the opinions of those users who are challenging you. Stop, think, and then reply…it’s as simple as that.

Engaging in conversation on social media can be a very rewarding experience, but you need to be aware of the pitfalls too. If you are going to go out guns blazing with comments or views you know are going to get folks upset then you need to be prepared to face the consequences. Express your opinions and air your views, but always try do so in a manner that keeps you out of harm’s way.