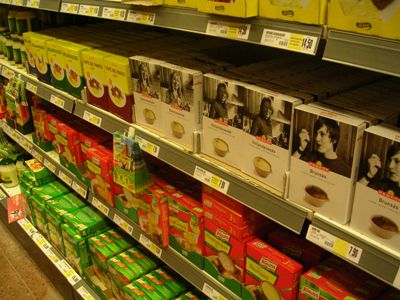 As stated by the Minister of Trade and Industry, Dr. Rob Davies, “the mislabeling of various products is common in South Africa and not only violates food regulations but also poses a number of economic, ethical as well as health challenges”. For this occasion, Minister Davies has summoned all experts who are concerned with food labeling and consumer protection issues in South Africa to a round table. Last month, the Department of Trade And Industry (the dti) and the National Consumer Commission (NCC) hosted a seminar on Food Labeling and Consumer Protection in Pretoria.

What was the outcome of the seminar?

Mr. Andisa Potwana, director at the Consumer and Corporate Regulation Division at the DTI stated that an important goal for the country has been to implement Consumer Tribunals per province as it is standard in Germany. However, this could not be achieved at this point in time.

Prof. Tanya Woker of the University of KwaZulu-Natal and member of the country’s only National Consumer Tribunal supports this notion when she stated that our country “needs enforcement of the existing laws and regulations which aim to protect consumers”. According to her, businesses are tempted not to comply with regulations because there were no consequences. She adverts to the current procedures of the Consumer Protection Act, which would clearly state that when prohibited conduct was reported, the case would be referred to the Consumer Tribunal, which can have serious financial consequences. If the Tribunal finds are in favor of the consumer, the case would then go to the High Court. It is a major concern of the Tribunal that previously disadvantaged consumers were to a large degree not yet vigilant in regard to the quality of food and goods. Thus, they emphasised how important it is to help consumers to become more discerning and to know their rights and what recourse they had if the goods are not satisfactory. Reading the labels on goods would be a crucial step to becoming discerning as a consumer and for this reason labels would have to be accurate and informative.

Examples of deception in the food chain included the fact that hake was sometimes treated with colorant to make it appear to be salmon. Bringing in chicken was also a contentious subject with up to 30% of the weight made up of brine in some chicken examples.

Among the participants was Louise van der Merwe, the Representative for Compassion And World Farming South Africa and editor of Voice Animal, who has lobbied strenuously, for the past six years, for eggs from battery cages to be labeled as ‘cage eggs’.

After the seminar she has formulated a formal letter to Minister Davies to call upon battery eggs to be labelled as cage eggs. According to the South African department of Agriculture, keeping laying hens in tiny wire battery cages is the norm and hence cartons would need no specification.

In her letter, she notes that the authority to prescribe is invested in Minister Davies by the Consumer Protection Act in regard to categories of goods that are required to have a trade description applied to them, as stated in subsection (5) of the Act. “We believe your prescription is urgently required so that the producers and suppliers of battery eggs may be compelled to apply a trade description to their good, disclosing the method of production.

Louise van der Merwe stated after the seminar: “On the grounds of what I have learnt at the seminar, I believe that we have a good chance of achieving the label ‘cage eggs’ on cartons of battery eggs, by enlisting Minister Rob Davies’ right to prescribe’ as given to him in the Consumer Protection Act. Thus, he is given ultimate authority on whether or not battery eggs are labelled as ‘Cage Eggs’ or not.

While it may be argued that food labeling is an issue which only pertains to a wealthy minority who are able to afford better food options, the awareness generated through accurate food labeling may finally see these issues raised to a higher political concern.