Is on-demand TV going to become in demand? 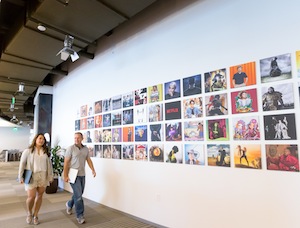 Is on-demand TV going to become in demand? Personally, I prefer to keep my DStv subscription because where else in the world will you get the sports coverage that SuperSport provides?

Because of that, I hadn’t even bothered to look at the ShowMax or Netflix offerings. Yet, after many enthusiastic conversations with friends over the holiday season, curiosity got the better of me, both as a consumer and as a media person. I was left with the impression that if you’re not a sports fan, you would be mad not to switch to on-demand or at least have a look at the shows on offer.

So what’s the story with the on-demand offerings?

On-demand services have a much lower cost than traditional satellite offerings. ShowMax costs just R99 a month and Netflix has offerings that range in price from $8-$12 (although with our exchange rate at the moment, that could change heavily month to month).

Both services need an internet connection but it doesn’t necessarily need to be super fast as many may assume (me included). I’ve been told that really smart technology allows the services to adapt to the available speed – the talk is that Netflix is superior when it comes to this, allowing a higher quality of streaming.

ShowMax and Netflix also both have a lot of content to watch. DStv’s exclusivity deals prevent some shows’ availability on Netflix resulting in less content than the global library. I suspect this will change over time. ShowMax is able to offer local content, but Netflix has a number of exclusive titles that are getting very good reviews. Overall, very little separates the two offerings.

What I realised was that if you love binge watching TV series, on-demand services is the way to go. It might be a season behind but you can watch episode after episode, series after series. If you suffer from FOMO from not having the very latest content, you might want to reconsider. I’ve noticed however, that with rising living costs, a lot of people are willing to sacrifice the latter for a large variety and a much lower cost. After all, you only get the very latest content if you have the top premium traditional subscription.

The biggest drawback of these services in South Africa is internet access, and more importantly the cost of internet access. Like so many global trends, this reality puts South Africa a few steps behind. For years they’ve been talking about data costs becoming more affordable and more widely available, and whilst we have seen progress in this regard – it has been extremely slow, especially in comparison to the rest of the world. But at some stage we will reach the tipping point – and media consumption is going to be heavily affected across all segments as Internet access becomes a given.

TV fragmentation is starting to have a major impact across all viewership in South Africa. To date the impact has been limited in the mass market but with increased digital offerings and the imminent switch from analogue to digital TV this is expected to start growing significantly. But in the top end, TV fragmentation is a stark reality. The top programme for LSM 9-10 at the moment reaches just 8% of the audience. Compare this to reaching 19% with a similar programme ten years ago. And it just gets worse if you are looking at a target audience under 35. On-demand services are just going to keep this trend going, and probably even exaggerate it.

Who is going to convert?

This top end of the market (that can easily access these services, and have the funds and internet connection that is needed) have the ability to choose what they watch, and to make it ad free. While this audience might be smaller in numbers – they are a very important audience to many brands, especially premium brands. As the economy gets tougher, their importance is likely to grow as advertisers start competing for a very limited disposable income.

But I also wouldn’t discount these services to just the top end. I think the youth across the country, those with enough access to the internet, will definitely have their interest piqued.

With a media lens on, it is very clear to see that fragmentation among top end consumers have been growing at very rapid rate – and it is probably going to get bigger.

For the mass market, it feels like we’re on the edge of a tipping point. At some stage it will tip, and reaching that market is going to become a whole lot more difficult. Exactly when that point will hit, who knows – we’d need to hire an extremely talented fortune teller to know that.

After all, we’ve been talking about the impact of DTT for more than eight years already. Now our job in the media industry, to reach audiences, becomes slightly trickier. Consumers have the ability to avoid your communication if so choose. Our challenge is how do we get consumers to choose to engage with us as the balance of power continues to shift away from advertisers? As a consumer, you have the power to choose, and the availability of choices just keeps growing.

Isla Prentis is business unit manager at The MediaShop.