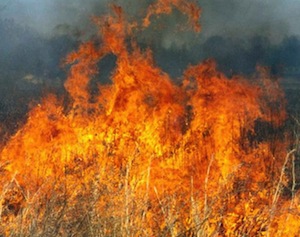 Media research has been in a state of upheaval for a number of years, leading to many changes, new industry bodies, new players and new methodologies. All of this has fed the rumour mill. Britta Reid advises colleagues to steady up, take a deep breath and find out what’s really happening.

Yesterday, an ex colleague of mine, ironically commented how glad she was that she had chosen to make her career in the media world. I smiled wryly, recognising that familiar sentiment that creeps up on us all sometimes – that sense that somewhere else there would have been an easier life, or perhaps a more financially rewarding one. But I also detected that we both knew that deep down, we both love our métier.

If asked to explain this, we would probably dredge up some predictable reasons for our attachment – “never a dull day”, “always changing”, “fast paced”, “always challenging.” We would recognise that we have been privileged to enjoy some unique experiences. I will never forget the euphoria of attending the opening ceremony of the 2010 FIFA World Cup, or spending evenings drinking wine with Ainsley Harriott, or joking with Reza Mahammad.

Of course, it is also the people with whom we work, that make our media world so stimulating, so intriguing and, sometimes, so frustrating. Our industry is one of large characters. There are the perennial mischief-makers, the un-rehabilitated egoists, the deadly competitors, the ambitious dilettantes, the dutiful exponents of the greater good, the earnest professionals, the tenacious old-hands, the hawk-eyed opportunists – to recognise only some of the types. Many people in our industry possess active – perhaps hyperactive – imaginations, high levels of commitment, more than a dash of scepticism, and possibly unexpectedly high levels of emotion. Few of them are introverts.

All of this makes ideal ground for the sparking and fanning of rumour. Over the last two to three years, there have been many runaway outbreaks of pernicious speculation. Even between blazes, acrid smoke has lingered. Let me give two recent examples. Over an off-duty glass of chilled sauvignon blanc, a friend recounted a discussion at an industry meeting she had attended; the participants had whipped themselves into a frenzy of concern speculating about the devious plots supposedly being spun by certain allegedly villainous media owners.

Knowing many of the participants I could easily envisage the level of intensity and emotion in the room. A day or two after that conversation, I was talking to another colleague who mentioned that he had received numerous calls on a similar theme, albeit with some interesting embellishments and added nuances.

Apparently a psychologist named Ralph L Rosnow described rumours as “public communications that are infused with private hypotheses about how the world works or more specifically, ways of making sense to help us cope with our anxieties and uncertainties”. He also observed that the more intense that these anxieties are, the less likely people are to monitor the logic or plausibility of what they convey to others.

“The speed of communications is wondrous to behold. It is also true that speed can multiply the distribution of information that we know to be untrue.” ― Edward R. Murrow

With our industry at such a watershed, it is no surprise that we are all prey to anxiety and fear. There are so many unknowns. All over the globe, media professionals are wracking our brains as to how to monetise digital media? How do we satisfy those ever demanding procurement departments? Are we all simply going to be replaced by programmatic buying? And those are just a few of our concerns.

In South Africa, we worry about the transformation of our industry, or lack of it. We speculate who will be the next victim in the inevitable next round of pruning in the global agencies. We try to chart how to live in a world where SAARF is not the centre pin of all media research. In this new research world, into which many of us have been unwillingly flung, we hypothesise as to what plans the newly empowered media owners maybe devising to hoodwink the buyers of their time and space?

“The basic law of rumour,” (Allport and Postman) suggested that rumor strength (R) varies with the importance of the subject to the individual concerned (i) times the ambiguity of the evidence pertaining to the topic at hand (a), or R ≈ i × a.

Media research is a matter of great importance, so it is no wonder that we are all being scorched by the wildfires of rumour.

But we do have choices. We can dissipate our energies, waste our time, drain our emotions and allow ourselves to be singed by “dread rumour”. Or we can try to remind ourselves to breathe in slowly and smoothly, and then exhale gently. Then we can try to find out what is really happening, rather than tossing more petrol in to the flames. If we made those calls, spoke with the people about whom we are speculating and met each other with open minds, we would be able to dampen down the fires, breathe fresher air and direct our energies to cultivating the future of our industry.