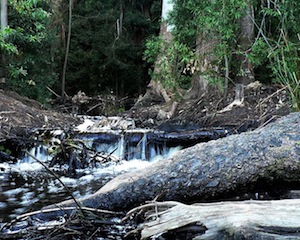 OPINION: There has been an understandable outcry this past week over the way in which the police and the media treated the rape and murders of Sinoxolo Mafevuka in a dingy township toilet and Franziska Blöchliger in a forest situated in a wealthy area.

It was the old story. Rich person, usually white, is murdered and it’s headline news for days with masses of mourners leaving mountains of floral tributes at the scene of the crime. Every last detail of the victim is made known within hours. Meanwhile, a poor person, usually black, is found dead in a dingy, poverty-stricken township and what media coverage there is gives no detail about the victim, where she lived, what school she attended, what her teachers said about her, what she was like, her hopes, her dreams.

Well, there is no doubt that in the case of the former, the news media could have done a lot more investigating but in practical terms, it would not really have been all that easy.

The problem with media coverage of course is that news reporters don’t really initiate anything. They get tip-offs from the police, neighbours, friends or the family of the victims.

But with these two incidents, it seems quite clear that the media didn’t get much information from the police in either case.

When a victim comes from a wealthy community there are plenty of friends, family and witnesses who have connections to the media. They also have neighbourhood watches that in turn have media contacts. In fact, when a tragedy like this occurs in a wealthy suburb, social media explodes to the point where a news reporter has a wealth of information and more contacts or comments than they could wish for.

Media gave no detail about the victim, where she lived, what school she attended, what her teachers said about her, what she was like, her hopes, her dreams…

Meanwhile in the poorer areas, there are very rarely social media groups, very rarely neighbourhood watches and very rarely anyone with media contacts or details of media tip-off lines.

It is safe to say that both communities are upset, heartbroken, angry and vengeful. But while wealthy people have the money, time and clout to stir up a storm, poor people have no option but to mourn in relative silence. Until there is a court case and, as happened this week, vociferous protests against bail and a push for maximum punishment.

Most certainly the police could initially have done a lot more in the case of Sinoxolo Mafevuka. A lot more. Instead of waiting for a kick from a politician to move into acton. And the media could have done a lot more as well. But, in these days of survival media where newsrooms have been depleted of reporters, it would be surprising if any media houses had the resources to send someone to Khayelitsha for hours if not days on end to do a proper job.

That’s the problem with South African news media today. Journalism is shoddy and decidedly lazy. In most cases unless information falls into the lap of a journalist, the story just does not happen.

It’s not always the fault of reporters. They are simply not given the necessary skills or resources to do a halfway decent job.

This tale of two murders is a sad one. It is not a racist tale as many would have us think. It is just another example of the differences between rich and poor.