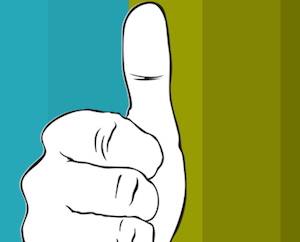 The Pendoring Awards, once the preserve of Afrikaans language advertising, are now open to all South Africa’s indigenous language groups.

Franette Klerck, general manager of the Pendorings, said that despite there being “far too little” advertising in African languages, the step to actively promote and reward mother-tongue creative work will hopefully encourage more mother-tongue entries in future.

“As we all know, because of budget constraints, English gets preference. This is why Pendoring plays such an important role – to ensure that all the official indigenous/African languages receive due recognition insofar as mother-tongue advertising is actively promoted and rewarded. The importance of mother tongue marketing communication to reach the hearts and minds of consumers is well documented,” she told The Media Online.

“Thanks to Pendoring’s repositioning, the playing fields are now level and we expect that the attractive prizes, as well as Pendoring’s focus on promoting and rewarding indigenous advertising on equal footing, may well be a major draw card, increasingly motivating the ad industry to create more vernacular advertising. Unlike the Loeries, where English is the Lingua Franca, Pendoring now gives African language advertising the opportunity to shine and take centre stage,” she said.

In a statement, Klerck said the Umpetha award for the best work in an indigenous language other than Afrikaans, which comprised a cash prize of R20 000 last year, has been increased considerably and, like the Prestige award, would now offer an overseas study tour worth R100 000. As before, only gold winners will be eligible for the two main awards, the Prestige award and the Umpetha award.

Up-weighting Pendoring’s indigenous language awards is excellent news for students entering their work, said Elane Vrey, lecturer at the AAA School of Advertising in Randburg. Vrey said more than 70% of her first-year copywriting students’ home language is neither Afrikaans nor English, “so not only do indigenous languages have a rich history of storytelling, but some insights and ‘big ideas’ are so entrenched in indigenous culture that they lose their impact when communicated in English”.

The new Pendorings will obviously demand judges fluent in African languages. “In the past we’ve successfully had panels consisting of jury members fluent in all languages. For any awards show, credibility is key,” Klerck said.

“Fortunately our industry has matured to a stage where there are now many proven creative directors who can bring credibility (and incredible language skills!) to the judging process.

“Most have served on local and international awards and have previously also served on Pendoring’s panels. A balance needs to be created in putting together judging panels to ensure competency and ability to understand the work across all languages,” she said.

The Pendorings attracted criticism in the past, particularly from Creative Circle, with former chairperson, Chris Gotz, taking a swipe at the awards and refusing to endorse them. At the time, in 2013, Gotz said, the organisation’s executive committee had discussed the matter. “Certainly, one or two black members of Creative Circle took offence to the fact that we would support a single-language show,” he said at the time.

Now in its 21st year, the Pendorings are receiving recognition for transforming its awards criteria. “This is really ground-breaking work done by the Pendoring Advertising Awards. It is great news for the SABC Radio stations that have been at the forefront of mother tongue broadcasting to ensure that our identity as a nation is preserved and appreciated by all segments of the community. I look forward to seeing more innovation and creativity expressed in South Africa’s indigenous languages. Well done to all involved in this move to give indigenous languages it rightful place!” said Siphelele Sixaso, head of marketing for SABC Radio.

And Pepe Marais, chief creative officer at Joe Public, said he had been watching and participating in Pendoring’s transformation as an awards show over the years. “… it seems Pendoring is really coming of age. I believe that, as an industry, we need to transform our communication from a single language approach to a creative approach that is inclusive of all languages. Pendoring is putting its money where its mouth is,” he said.