Is the ANC forcing media into ‘revolutionary’ mode? 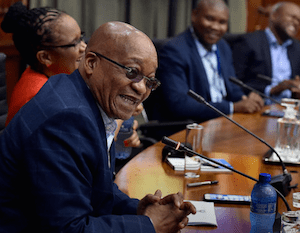 OPINION: Is the governing party’s behaviour, and that of its president, shaping how the media reports on its activities, leading to accusations that independent media acts like an ‘opposition’?

Any journalist who worked in South Africa’s mass media during the apartheid years will recall how eventually, the rules governing unbiased reporting were discarded.

These were replaced by a concentrated anti-government campaign, mostly the English newspapers and independent radio stations. The SABC in those days did what they continue to do today and that is to doggedly defend the incumbent governing party.

Right now the ANC is under extreme pressure. So much so that one can’t help wondering whether the words of Nelson Mandela are ringing true: “The day the ANC does to us what the apartheid government did, we should do to the ANC what we did to the Apartheid government.”

Of course, one cannot generally compare the ANC today with the National Party of yesteryear, but there are elements being cited of similarities in the levels of denial, arrogance, corruption and dictatorial, tribal-style rule. And of similar growing divisions within the party.

All of which makes me wonder if many of our independent, commercial newspapers, radio and TV stations haven’t already resorted to the tactics of the 1980s by throwing out the journalism rule book in terms of unbiased reporting and are just gunning for the jugular of a party they see as damaging the future of this country.

What we did not have in the media environment during the apartheid era, was social media which, today, is not bound by any media rules or journalism or ethics and simply “tells it as it is”, in spite of the fact that a lot of it might well be concocted, knee-jerk and misinformed.

Back in the bad old days of apartheid, breaching the rules of journalism wasn’t really a problem for media owners and editors simply because the system of government was so patently wrong and inhumane that bias and selective reporting seemed to be quite acceptable. After all, pretty much the entire world thought the apartheid government was wrong.

But right now we have a democracy and a fairly elected government. A government that has a huge amount of recognition, respect and support worldwide in spite of the much-publicised shenanigans now associated with it.

The ANC believes those sections of the South African media they don’t directly or indirectly control are being grossly unfair by not balancing criticism with news on the things that government has achieved.

The “opposition” media, however, is just as reluctant to balance anything today as they were in the apartheid years, for fear of being seen to be giving credibility to the ruling party, which they believe does not deserve any form of credibility or respect right now.

The ANC is also way behind the times when it comes to understanding the media. They expect all media to be unbiased and neutral. Those days are gone, as has been proved in just about every developed country where newspapers, particularly, are open about their bias if not outright supportive of specific political parties.

Radio and television is heading this way and even some social media organisations are dabbling in a bit of bias here and there.

On the face of it, the vast majority of media, voters and organisations that do not support the ANC believe the time has certainly come to implement Madiba’s famous dictum about doing to the ANC what the revolution did to the apartheid government.

Interestingly, there seems to be a growing number of ANC heavyweights and branches that tend to agree.

The current hierarchy of the ANC clearly does not believe this at all and will continue to defend its leadership and high-level decision-making.

Right now, it is very difficult indeed to draw a line in the sand with regard to what Madiba suggested.

But, the more the ANC leadership disregards the constitution and ignores or questions the judiciary, the more one will find that the only media balance that can possibly be applied to counter this clear breach of democracy, will consist once again of throwing out the rules and squaring up for a no-holds-barred fight to the finish.

It would be fair to suggest that mass media purporting to represent vast numbers of consumers is probably entitled to breach its own rules if they feel that government is doing precisely the same thing.