The battle between online and linear device consumption 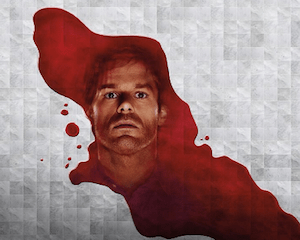 Today I watched a thought-provoking Persil Ad called ‘Free The Kids’. The video looks inside the minds of prison inmates to find out exactly how much they value their daily outdoor time. The reality is that prisoners actually spend more time outside than children. Despite the fact that I don’t have children, it irked me that this is the situation we live in today. I am optimistic, though, that there is hope that my future children will love the outdoors just as much as I do and that they won’t be stuck indoors over weekends watching TV.

On the other side of the coin though, just like most people, I enjoy a good movie and cuddling up on the sofa with a cup of tea and my husband-to-be. I often find myself laughing and reminiscing with colleagues at work about series that we watched as kids, like Full House and Fresh Prince of Bel-Air.

As a media strategist in South Africa, I know that TV plays a pertinent role in strategic development, not only because it drives mass reach and gives companies that ‘big-brand-feel’ but most importantly, it has a measurable impact on consumer behaviour.

Taking into consideration that consumers are evolving and media consumption habits are therefore fragmented, I do wonder if cuddling up on the couch is a thing of the past and if my family and I will even have a TV set in our lounge?

The GWI (Global Web Index) recently released a report that explores online TV behaviour and the battle between online and linear device consumption (Online TV, Q1 2016). Annually, the research covers 200 000 internet users across 34 markets and is the largest on-going study into the digital consumer to date.

The article highlights that time spent watching TV online is up by 29% globally from 2012, which is largely attributed to 16 – 24 year olds who spend 37% of their total TV viewing time online. As you can imagine, older age groups remain loyal to linear TV.

In South Africa however, DTT is a recent luxury among all age groups. ShowMax launched at the end of 2015 in anticipation for the arrival of Netflix in 2016 trumping the smaller market players such as Vidi and MTN Front Row. Audiences in SA will gradually migrate to digital platforms in the future, but the forecast estimates a small percentage of just 11.7% by 2018.

Bandwidth and cost are both barriers to entry for all DTT service providers, as the simple reality is that the 26.3 million internet users that live here, still fall victim to intermittent connection based on the weather. So for now linear TV viewing, by appointment or not, is still going to dominate the media landscape in South Africa with the fortunate few watching Fuller House, on Netflix, using Fibre.