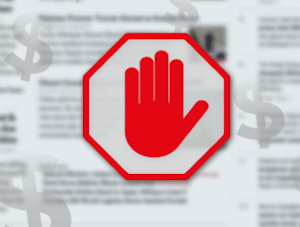 With AdBlock Plus announcing that it now has 100 million active installations (double what it claimed in January 2016), ad blocking is clearly an ongoing and growing threat for news publishers. To help publishers address this topic, WAN-IFRA has just released the industry’s most comprehensive report available on ad blocking and strategies for news publishers.

“The majority [of users] of ad blockers are truly engaged, and they want to improve the site. They don’t want to block the site, but they are trying to make us understand why they are doing it,” says VG’s Elnaz Esmailzadeh.

Through nearly a dozen case studies, we examine how some publishers are already taking action on ad blocking. We look at a variety of publisher approaches, from individual titles taking action, including London-based City A.M., to groups, such as Axel Springer, as well as national approaches, such as an initiative by Swedish publishers, as well as one in the Netherlands, both of which are working with their national chapters of the Interactive Advertising Bureau (IAB).

The 76-page report is packed with crucial information for publishers. Here are just five key learnings:

– Ad blocking use continues to grow, so publishers must take action

– The most effective solution is likely to include a variety of actions, such as to improve the overall ad experience for your users who are not using ad blockers.

– Publishers should focus on mobile-ready advertising opportunities that diversify online.

– Many publishers have already started experimenting with a variety of approaches to ad blocking users. Several case studies are included in the report. Read what others have done, and adopt an approach that will best suit your market.

– For all the talk of data, readers are actual people. If publishers are going to stop more people from resorting to ad blocking, everything must flow from this – trust.

In line with this last learning, the report also addresses the vital issue of users’ rights and privacy, which could legally limit what publishers in some countries are allowed to do, even in determining whether a visitor to their website has ad blocking software installed.

This report is a natural result of WAN-IFRA’s activities during the past nine months, which have included:

For WAN-IFRA, as well as the publishing community we serve, the topic of ad blocking will remain a critical issue until we have found acceptable solutions. We encourage our members to download and read this report, which is free for them, and we invite non-members to purchase it.

The report was sponsored by Sourcepoint.

Brian Veseling is senior editor at WAN-IFRA. This story was first published by the World Editors Forum’s World News Publishing Focus and is republished here with permission.