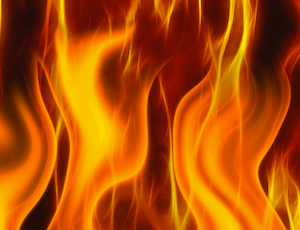 Although history should have conclusively proved to the SABC that it was wrong to ban coverage of violent protests, the carnage in many parts of Tshwane this week should remove any doubt that censorship of these events could reduce the number of protests.

In spite of the SABC’s ban, the Tshwane uprising has proved to be one of the most violent of all social protests in recent times.

Not only that, but protesters themselves chased news teams out of the affected areas proving they weren’t just trying to get publicity for their cause by playing up to the media. Quite the opposite, in fact.

But of course, the SABC will not take the slightest notice of all this because their real reason for banning coverage of social violence has nothing to do with trying to calm things down but everything to do with protecting their political masters by making them look a little less vulnerable in the face of the advancing municipal elections.

I have been covering the goings on at the SABC for almost 50 years and I can safely say that the level of idiocy, arrogance and denialism right now is on par with that of the SABC during the darkest days of apartheid. The refusal by the board to take action against one of its senior officials, in spite of an array of court orders, is symptomatic of the degree of arrogance that exists at high level and the SABC doesn’t care because their political masters have also been extremely selective when it comes to obeying the laws of the land and the Constitution.

The only problem these days is that the SABC is a lot more vulnerable to economic backlash.

In the apartheid days the only big player in the broadcast field was SABC. It had very little competition and so marketers had no option but to use it as a platform for advertising.

But, things are different now. There is a lot more competition. And the battle for pieces of a dwindling TV and radio advertising pie has reached Game of Thrones bloodletting proportions.

There is going to come a time, sooner than the SABC thinks, when the usual apathetic advertising industry is forced by cash-stressed clients to move advertising somewhere else. In the past, advertisers have not given a hoot about whether the advertising was run by a bunch of immoral, racist, apartheid era functionaries or ANC puppets. They just buried their heads in the sand in the interests of making money.

But now, boards of directors are starting to question their marketers’ motives for spending massive amounts of money on TV advertising. Many are beginning to realise that the only reason the 30-second commercial has not died, in spite of viewership figures showing that the majority of upmarket viewers skip ad breaks, is because the ad industry makes more money out of producing and flighting TV ads than they do from any other form of advertising.

Slowly but surely the taxpayer is also going to end up paying more and more to subsidise this white elephant.

What must be added to this, is the fact that now it has been decreed that 90% of content has to be locally produced. All well and good and wonderful for the few thousands of local people who will benefit from this.

But, when it comes to the greater good of the population of South Africa, this will be an extremely costly exercise. Mainly because producing local content is far more expensive than buying stuff from overseas. Ten times more, at least.

So, with dwindling upmarket viewership, particularly of news bulletins and advertisers forced by economic circumstances to cut down on advertising or at least getting far more bang for their bucks, the SABC is heading for the cliff edge in terms of revenue generation.

The SABC will continue to be supported financially because government simply has no other option. It is far too important as a political tool to worry about all the public funds that are being devoured.

So, don’t expect any dramatic changes or turn-around at the SABC. Like the governing party, management at the SABC simply ignores bad press and protests.

It’s so terribly sad that the organisation that started to look so wonderful when Zwelakhe Sisulu took over the early 1990s has subsided into a morass of selective morality and eye-watering bias.