SABC should not stop at only banning news coverage of protests 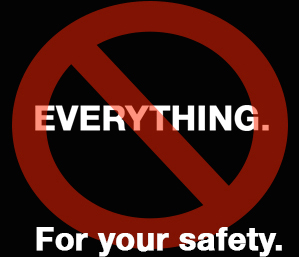 I have been thinking long and hard about the SABC’s decision to ban news coverage of service delivery protests. I reckon they are being morally selective.

If they were serious, they should really go the whole hog.

The next step should be to ban all news about corruption by public servants, from politicians right down to street cleaners in far-flung municipalities. This would certainly stop newcomers to politics and the public service from realising there are alternatives to poor salaries. All they have to do now is watch the news to get all sorts of innovative ideas about enriching themselves.

Then, perhaps, the SABC should ban all football matches in which teams win games. This would prevent newcomers to the Bafana Bafana squad from actually believing they could win.

In my opinion, the very notion of winning is currently placing so much pressure on players they tend to choke. And when Bafana loses, the country goes into a decline and productivity drops alarmingly. So, just stop showing this destructive stuff.

All news about the corporate sector ripping off consumers or executives being found with their fingers in the till and distributing products that have the potential to poison customers, or just breaking after a week or two, should be banned outright to prevent citizens nurturing doubts about the integrity of big business and consequently boycotting products to the detriment of the economy and the labour force.

News about racism should also be completely banned to stop politicians and citizens getting on the bandwagon and inflaming the population. If SABC thinking is to be believed, banning all news coverage of racism would surely create a situation where the entire population would believe racism in this country is non-existent and just start getting on with each other.

One has to hand it to the brains behind the SABC – they are diabolically clever.

In fact, why does the SABC not consider just banning all news broadcasts completely and concentrate on airing programmes devoted to cute kittens, acts of charity, small business stories not involving backhanders and price collusion as well as reruns of great South African sporting victories?

So, here’s hoping that the SABC will be encouraged to the point of providing TV and radio services that drive home the message that everything thing is hunky-dory in our rainbow nation and that no one has anything to worry about.

The next obvious step, of course, would be for the minister of communication, Faith Muthambi, to lobby her cabinet colleagues to support action against commercial media houses in South Africa because they would have far too much of a competitive advantage over the SABC when it loses listeners and viewers by the millions as interest in only watching programmes about cute kittens and sporting re-runs begins to wane.

And then, after banning everything potentially negative on its own channels, media equilibrium would be restored when government bans all non-SABC radio and TV stations and shuts down newspapers, the internet and any negative talk by two people or more in coffee shops and shebeens.

So, go for it SABC. Don’t stop. Go the whole hog. Your problems will go away. You can leave government to work out how to deal with those minor consequences of massively increased unemployment and rampant poverty.

Of course the rich will inevitably get richer and that includes the hierarchy of the SABC.

To me, it’s a no-brainer. After all, SABC, you really haven’t ever given a shit about what we South Africans expect from you, so why start now?