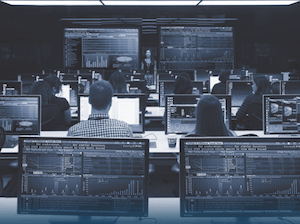 Audiences are contributing an increasing share of the total global newspaper revenue, according to the annual World Press Trends survey released this week by the World Association of Newspapers and News Publishers (WAN-IFRA). Newspaper circulation revenue represents 53% of the overall industry revenue, underscoring the continuation of the trend identified last year: that audiences have become publishers’ biggest source of revenue.

“We all talk of being consumer-centric. We all talk of having a constant eye on the future. Now is truly the time to do what we say,” said WAN-IFRA CEO Vincent Peyrègne who presented the survey at the 68th World News Media Congress, 23rd World Editors Forum and 26th World Advertising Forum in Cartagena, Colombia.

Peyrègne also announced the launch of the World News Media Outlook, a joint research project with the University of  Central Lancashire and the University of Oxford that aims to provide news executives with the cutting-edge intelligence to help benchmark their companies’ performance and devise innovative strategies to ensure their businesses’ future success. For the study, WAN-IFRA is calling for news media executives to participate through an online survey www.bit.ly/wnmo2016

“The Outlook will be a very useful step on the way to a new approach of measuring and assessing the performance and priorities of leading news companies worldwide. I am delighted to add this key study to the family of World Press Trends reports that  underline its role in providing key insights that support innovation in the news industry ».

The World Press Trends survey includes data from more than 70 countries, accounting for more than 90 per cent of the global industry’s value. The data is compiled through an enormous undertaking by dozens of national newspaper and news media associations and generous support from global data suppliers: Zenith Optimedia, IPSOS, PwC, ComScore, the Pew Research Center, and the ITU.

Together with magazines, newspapers are the third biggest among cultural and creative industries, and the two sectors are creating around 2.9 million jobs worldwide. Total global newspaper revenues fell 1.2 per cent in 2015 from a year earlier, and are down 4.3 per cent over the last five years. WAN-IFRA estimates of global industry revenue again include data on non-daily revenue, which is estimated at US$ 8 billion.

“Unfortunately, the way the industry measures value is still embedded in the old format-based methodology,” said Mr. Peyrègne. “The information on how much is earned from other, often new sources of revenue is lacking, despite the fact that they are becoming an important part of the revenue mix. WPT data indicates that in most mature newspaper markets additional revenue brings between 7 and 20 per cent of overall revenue,” said Peyrègne.

More than 2.7 billion of adults are reading newspapers in print globally. Digital newspaper readership is growing, and in some of the most developed economies readership on all digital platforms has surpassed the number of readers in print. World Press Trends analysis estimates that at least 40 per cent of global Internet users read newspapers online.

The challenge for the industry remains the combined measurement of reach and influence of newspaper content on all platforms with new metrics.

The World Press Trends survey includes data from more than 70 countries, accounting for more than 90 per cent of the global industry’s value. The data is compiled through an enormous undertaking by dozens of national newspaper and news media associations and generous support from global data suppliers: Zenith Optimedia, IPSOS, PwC, ComScore, the Pew Research Center, and the ITU.

The survey, presented annually at the global summit meetings of the world’s press, revealed:

Influence: Together with magazines, newspapers are the third biggest among cultural and creative industries, and the two sectors are creating around 2.9 million jobs worldwide.

Print circulation increased +4.9 per cent globally in 2015 from a year earlier and shows a five-year growth of +21.6 per cent. This is largely the result of circulation growth in India, China and elsewhere in Asia, as expanding literacy, economies, and low copy prices boost newspaper consumption. The two countries combined accounted for an astonishing 62% of global average daily print unit circulation in 2015, up from 59% in 2014.

Global advertising share: According to data from Zenith Optimedia, television continues to maintain the largest share of global advertising revenues, with just under 37%, followed by desktop and mobile internet with almost 30%, newspapers with 12.7%, magazines with 6.5%, outdoor and radio with around 7%, and cinema with 0.6%.

Digital advertising: While digital advertising still represents a small part of overall newspaper revenue, the industry was hoping to grow it as a significant source of revenue in the future. However its growth has declined to a CAGR of less than 10%. It increased by 7.3% in 2015 and 51 per cent over five years, according to PricewaterhouseCoopers Media & Entertainment Outlook.

WAN-IFRA, the global organisation for newspapers and news publishers, is a leading provider of industry research and analysis that identifies, analyses and publishes all important breakthroughs and opportunities that can benefit news media all over the world. The World Press Trends database contains individual country reports and aggregated data and trends on circulation and readership, advertising revenues, digital publishing and much more. The database allows users to generate custom reports, choosing from a large number of criteria to produce reports that meet their own specific needs. These can be downloaded in Excel to enable in-depth analysis, benchmarks and historic trends. Full details can be found at //www.wan-ifra.org/wpt.