Google’s Richard Gingras on the win-win relationship with publishers 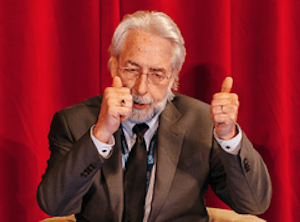 Richard Gingras, Google’s Head of News, is on a mission to prove that the company’s latest developments and initiatives are part of a genuine, mutually beneficial relationship with publishers.

“Many people say we created AMP (Accelerated Mobile Pages) just to make friends with publishers,” Gingras said during Digital Media Europe in Vienna yesterday. “There is an absolute mutual benefit in all this to create a healthier web. We couldn’t be Google without the meaningful knowledge (from publishers) on the web. It’s true that we have a deep engineering culture, but we realise that we have to engage with publishers in a very different way. But that is not something we just realised, we realised that a while ago.”

Google AMP is the open source project that Gingras insists is not just a Google project but indeed a collaboration of thousands of publishers, developers, associations and more. Some publishers working on the project have said that Google AMP is indeed about speed, but they and Gingras suggest it’s much more than that.

Learnings about audience engagement and impact

“We think there will be an uptick in profitability with actual use of AMP ads, and the use of AMP for ad landing pages.”

Gingras said Google is creating an ad unit called the Magic Carpet that extends as you scroll along the page.

AMP features a carousel of  leading stories, and if a story is ‘AMPed’, it features the lightening bolt. The page rankings on Google News has changed for the carousel, he said. But page ranks have never necessarily been based on scale “as much as they are about respect and quality. You will find articles featured that are from smaller publishers as well as larger publishers,” he said.

He said everything on WordPress is now immediately AMPed, and that Google is building out support for Drupal as well.

One of the secondary goals of the AMP project was to see how this open source project relates to proprietary platforms, i.e. Facebook. “Larger players tend to get more attention on proprietary platforms and I find that unfortunate,” he said. “That goes against everything we are trying to achieve with AMP.”

“Obviously subscriptions and various business models have to be a part of the equation going forward for publishers – you can’t rely just on advertising.”

Gingras said from the outset of the project the group couldn’t consider paywalls as an extra step in support or development. “Great journalism should be paid for as well, we have publisher-side paywall support and will soon have client-side support.”

In the last two months, Google announced the recipients for the first round of funding through itsDigital News Initiative. Gingras said this is clearly a way to kickstart innovation and again, for Google to also learn from the publisher side.

With another ancillary copyright battle pending in Belgium, Gingras was adamant about this course of action: “It’s a big mistake. When we shut down in Google News in Spain, clearly traffic to news sites went down.”

This story was first published by WAN-Ifra’s World Editors Forum, and is republished here with permission.