Children must be protected from robust food marketing 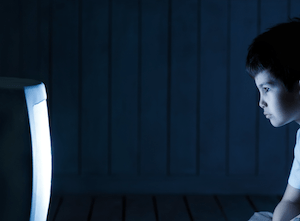 For the sake of future generations, it is critical that we teach our children to eat well: lots of fruit and vegetables, less salt, less sugar and fewer processed carbohydrates.

This sounds simple. But the context in which such education needs to take place is one of multiple conflicts of interest.

Children need to be protected from marketing efforts. At the same time parents need to – with support – exercise authority, monitor their children’s eating patterns and ensure a balanced diet that has less processed and sugar filled food.

This protection and support is vital to prevent illness. It will save unnecessary spending on healthcare, but also ensure that populations are healthy to enable maximum contribution to development.

There are three main reasons that companies and brands direct their marketing at children.

The first is the “pester power” that children have. They are encouraged to buy various brands of food – usually processed and high in sugar – by nagging their parents. Numerous marketing ploys are built around this, especially the free toys and collectable items that accompany branded products. In a survey in Australia more than 40% of purchases related to breakfast cereals and other foods were decided by children.

The second is that children themselves often have some income and can easily purchase these foods for themselves as they are cheaper and seem more appetising and tasty than healthier alternatives.

The third is the long term loyalty children will have to a brand that they come to know and love. They are bound to buy it in the future for themselves and their children and this affects their lifelong eating patterns.

The food that is advertised is not fruit and vegetables, which have been shown internationally to save lives. Nor is it food that is non-processed or healthy. Children are exposed to food that is high in sugar and crave this far more than they do healthy food.

According to the campaign for a commercial-free childhood, marketing exploits children’s developmental vulnerabilities.

Their research shows that very young children can’t distinguish between commercials and programme content. Even older children sometimes fail to recognise product placement as advertising. Until the age of eight, children do not understand advertising’s persuasive intent.

They have also found that marketers often denigrate adults and exploit older children’s desires to fit in with their peers and rebel against authority figures as a selling point for their products.

Why does this matter

The rise of non-communicable diseases – particularly diabetes, hypertension and cardiovascular diseases – has highlighted how important it is to intervene against this marketing.

In the developing world, these chronic diseases have been skyrocketing and interventions have become more urgent. The challenge is that such countries now face a double burden of both HIV and non-communicable diseases.

South Africa is doing particularly poorly in treating chronic diseases. Prevalence, awareness, treatment and the control of high blood pressure are all problem areas. Fewer than 10% of people identified as suffering from high blood pressure have it under control.

South Africa cannot afford to allow food companies to advertise to children if it’s serious about curbing childhood obesity and the lifestyle disease epidemic among the general population. If such marketing and advertising isn’t tackled, the country will sit with a situation in which future generations will be obese; will have increasing levels of hypertension and diabetes and will struggle more with heart disease.

Many countries have voluntary codes that the food industry is supposed to follow, such as not advertising when more than 30% of the audience is children. This is often not successful.

Research shows that children watch an average of more than ten food-related ads every day. This amounts to nearly 4,000 adverts a year. About 98% of these food advertisements are for products that are high in fat, sugar or sodium and around 79% percent are low in fibre.

The evidence also notes that children who identify with brands become more obese. And those exposed to advertising become obese even when viewing time and eating in front of the TV is controlled.

This is not just a phenomenon in the USA. A study in Soweto, one of Africa’s largest urban settlements, showed that advertisements of sugar sweetened beverages were relatively close to schools and that half the schools in the area had branded advertising of these beverages on their properties.

These campaigns run despite South Africa’s voluntary marketing pledge under which the food and beverage industry has promised not to advertise unhealthy products to children under the age of 12.

Often parents don’t know the high sugar, salt and fat content of foods. Many products such as have a lot of sugar but parents regard as healthy. But the reality is that children’s diets directly affects their risk of diabetes, and it also impacts on their levels of obesity.

As with all other complex issues, banning advertising to children in only one part of the equation.

Other interventions include better food labelling, increased access to safe exercise facilities, increased education about what healthy eating means and finally, making sure that the most unhealthy foods, such as sugar sweetened beverages are taxed so that they cost more than the healthy foods.

Susan Goldstein, Honorary Senior Lecturer at the School of Public Health, University of the Witwatersrand