Amplifying excellence, storytelling and journeys at MEX16 (With video) 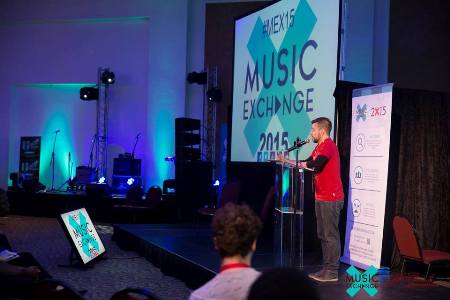 Now in its sixth year, Music Exchange (MEX16), a gathering of the entertainment industry’s biggest strategists, marketers and musicians, will return to Cape Town on 8 and 9 September. Michael Bratt spoke to the event’s founder, Martin Myers, to find out more.

If you want to rub shoulders with entertainment industry players then MEX16 is for you. The gathering brings together industry experts, including both local and international thought leaders, intellectual capital and raw talent and offers artists, bands, actors and really anyone else the chance to amplify their intellectual capital.

“MEX16 is focused on excellence, storytelling, and journeys, and each of speakers will not only promote, but also punctuate the power of aural dictation,” Myers explains. “We’re extremely proud to be able to return for a sixth consecutive year, with some of the most important names and talents actively invested in music and film today.”

There are several objectives that Music Exchange hopes to achieve. These include advancing the betterment of the South African music, film and entertainment industry; providing training and skills development for music artists; celebrating and proliferating South African artists and fostering economic sustainability; offering a platform to connect brands with music performers and artists; and offering community artist management and PR social media mentorship.

MEX16 is focused on excellence, storytelling, and journeys, and each of speakers will not only promote, but also punctuate the power of aural dictation

Over the two days, delegates will get to share and engage in lectures and collaborative breakout sessions, all geared to empower, edify and entertain. A wide range of topics, covering every aspect of the African and global entertainment economy will be explored. This includes the importance of arts and culture, insights into international trends, working in Africa, marketing, multi-media distribution mechanisms, and rights protection and how to be seen and heard in a local and global market both cluttered with more noise than harmony.

Since its inception Music Exchange has celebrated a number of successes. These include Evolver One completing their 3rd album and being invited to showcase at the Worldwide Radio Summit in Hollywood in 2011; Goodluck launching their debut album using principles learnt at the conference; a debate arising around the 2010 FIFA World Cup opening concert, that saw organisers respond by including more South  African acts; award-winning actor Jeremy Crutchley attending and as a result, completing his debut album; Shannon Hope creating an iTunes contract and touring nationally to get brand exposure as a result of the digital platform talks held at the 2010 Conference; and international EDM music producer Charles Webster remixing and remaking material he heard at Music Exchange, just to name a few.

The event is taking place at Sun International’s GrandWest Casino and Entertainment World. Limited tickets are now on sale through Computicket, Shoprite and Checkers outlets countrywide, online at Computicket. , or by calling 0861 915 8000. The price is only R200 for both days.

Music Exchange, is a non-profit organisation founded in 2009. It is a South African music, film and entertainment digital exchange network that leads to an annual three-day International music conference, master classes, workshops and showcase.