Clueless cadres: ANC govt has no idea how to handle media 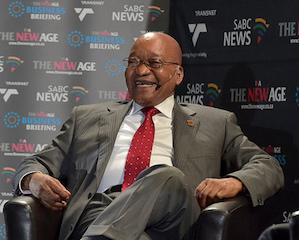 OPINION: The ANC is its own worst enemy when dealing with the news media.

Admittedly, most politicians are pretty clueless when it comes to ‘working the media’ but our current crop of cadres in cabinet and the ANC’s national executive committee (NEC) seem to be going out of their way to shoot themselves in the foot at every possible opportunity.

Towards the end of the Mbeki era, I was asked to develop a mentoring strategy for cabinet ministers to help them understand the machinations of the media. This never really got off the ground because of Mbeki’s hasty departure.

At the time, the GCIS tried to persuade President Jacob Zuma’s new cabinet to make the effort to understand the media but the message came back that the majority of ministers believed they didn’t need such training because they knew how to do it.

Almost a decade later, most ministers continually find themselves on the defensive against the media and can’t seem to ever get into a situation where they can become proactive.

Even worse, many of them have taken to blaming the media for all manner of things – a sure sign that they have actually run out of any kind of rational response. This is a clear indication that they really don’t understand what it takes to use the media to their advantage.

The problem the ANC faces is that their ministers and NEC members have never really grasped the concept of media relations.

Something that the hierarchy of the EFF, for example, know how to do. Julius Malema and party chairman, Dali Mpofu, are pretty smart when it comes to understanding and even manipulating the media. Proof of which is the way in which they have become the centre of attention in South African politics in spite of being a relatively small minority party.

The problem the ANC faces is that their ministers and NEC members have never really grasped the concept of media relations. Like the apartheid era National Party, they have made themselves as inaccessible as possible to the news media with the result that journalists are forced to turn to unnamed party insiders in an effort to make sense of government actions.

In this day and age, no government is able to wish the media away, even in countries where media is heavily regulated or even banned. News these days is not just in traditional media but also on social media platforms and digital media based outside of the country. Media that cannot be silenced because to do that governments would have to shut down the internet which in turn would mean that they themselves would not be able to function.

I find it quite remarkable that so many politicians are so incredibly bad at communication. So singularly inept at understanding the consequences of their myriad knee-jerk comments.

It would be so easy for them to learn how to save themselves from constant embarrassment and criticism. All they need to do is take the massive chips off their shoulders.