Paris Match: From weekly to the moment 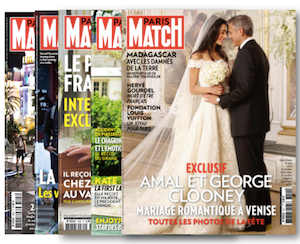 Olivier Royant, renowned editor in chief at Paris Match, has played a pivotal role in the iconic weekly magazine’s digital transformation – a role he could not have foreseen when he started out as a journalist on the publication in 1985.

Royant was in Cape Town to address the Media24 Lifestyle Summit and delivered an exciting presentation on the ‘Joy of Reinvention’.

“Magazines all over the world, including ourselves, have to adapt to a digital world. But it’s an exciting challenge to reinvent ourselves and to be able to explore new ways of extending the brand beyond print in a media environment that’s changing by the day,” said Royant.

While print media businesses are struggling, the paradox, said Royant, is that they have never been more powerful because although revenues are decreasing, and there have been many retrenchments in the industry, audiences are growing, which means an important link to the public is being forged.

Paris Match is the most-read magazine in France with 13 million readers, and is sold all over the world. The magazine has been highly awarded and boasts a million followers on both Twitter and Facebook.

Royant told the audience that publishing exclusive content has been one of the pillars of their success. 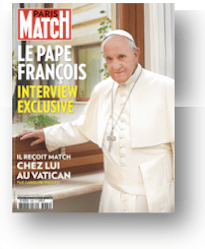 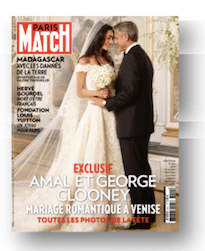 Paris Match made the decision to join Snapchat to engage their future readers, the Millennial audience. The title joined Snapchat Discover, the app’s network of media publishers that currently attracts a French audience of eight million weekly. In the week since they launched on the platform, Paris Match has already attracted an audience of 2.5 million. “This proves that legacy media can play an active role in the new media environment without sacrificing our journalistic values,” said Royant. 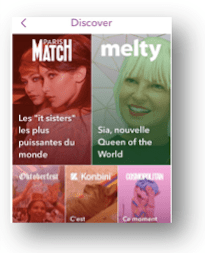 “We are bringing Millennials the content, journalism and photography that their parents and grandparents have enjoyed for decades, but in a brand new format so different from our ancestral culture,” he added.

Expanding its revenue stream, Paris Match has also signed with Snapchat to share advertising revenue and monetise its presence on the platform.

“From the weekly to the moment,” is how Royant describes the Paris Match journey into today’s digital media environment. “Today the user is connecting with our brand 10 times a day,” he said. “It’s no longer about who gets the scoop when information is all over the internet. Now it’s about who can get that exclusive headline up on the platform first. It’s about speed,” said Royant.

From the time the magazine launched in 1949 the focus was on storytelling and photography. “No ideology, only stories. The focus has always been on the human adventure, telling powerful stories with powerful photographic images. Field journalism is our passion, it’s in our DNA,” said Royant.

Royant stresses the importance of staying true to what your brand stands for and not to imitate others. Layouts in the digital space may be different from print layouts and the way readers consume content is different, but fundamentally, it is crucial that the brand ethos remains the same. “The relationship of trust that we have with the public is our biggest asset,” he said.

There is a growing market for print special editions and Paris Match has successfully taken advantage of this, producing various editions which have sold out on the newsstands.

“It’s important to realise that we are not in the print or the digital business, but in the storytelling business and our success lies in the power of the story,” said Royant.

Royant believes that print still has an important role to play in the new era of interactive journalism. “Fast journalism is a story in 140 characters on Twitter. Slow journalism is the 30 000 character investigation,” said Royant.

“We are all in a race for attention. It’s not about print vs digital or desktop vs mobile. It’s about the micro vs the macro moment. How do people behave? How do they consume journalism? How are they spending their time? They used to sit down with their morning coffee and read the newspaper from cover to cover – a macro moment. It’s the same with a weekly magazine that people spend a lot of time on. These are passive forms of media,” he said.

Today people are able to consume media wherever and whenever they want to. “Going on Instagram or Facebook for two minutes is what we call micro moments. As publishers we have to manage both macro and micro moments,” said Royant.

In order to create a new mindset at Paris Match and to bring all the employees on board, the company applied a convergence model, Match 360. 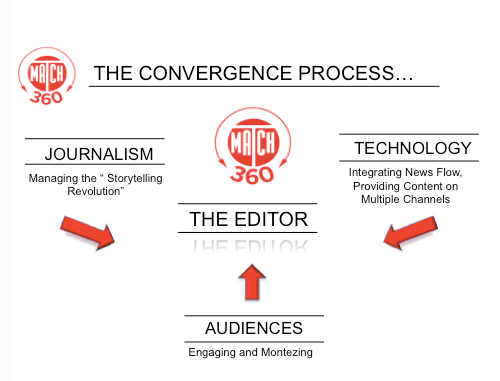 Royant said innovation doesn’t happen in a vacuum and that journalism has become more collaborative. “We now have tech people working with journalists. We have developers, graphic designers and data journalists in the newsroom. A good story is about the data,” he said.

The Paris Match digital strategy is underpinned by the guidelines of mobile, social and visual. The mobile app offers Match Point, an “evening news burst” every night at 6pm. This short format news with strong visual focus appeals to Millennials.

Paris Match is active on social media channels. “We have opened up our brand to people we would not otherwise be reaching. These days a good story is one that is shared on social media and not just read,” said Royant.

Royant stressed the importance of video, both for audience engagement and to create new revenue streams. During the Cannes Film Festival this year, Paris Match teamed up with car brand Renault to film video clips of interviews with the movie stars and celebrities, inside the car.

“As publishers we can no longer act as loudspeakers, speaking to the world. Now we need to engage our readers, to have them interact with our content. The challenge is to bring our brand to life. Having that relationship with our readers is absolutely key,” said Royant.

In order to build reader loyalty, the magazine has created new ways of communicating with its readers. The Paris Match Club was created which brought 100 000 new dedicated readers in one year. This platform allows readers to participate and to give feedback to the brand, thereby building community and providing useful data.

Royant said it was important to diversify – not only extending their reach through different platforms, but also diversifying activity and finding new business models and revenue streams.

In 2014 the magazine launched a major photographic project Ma France en Photo, to encourage participation and engagement from the public. The concept was to take a photo on July 14th, Bastille Day, and to upload it to the website. 25 000 photographs were uploaded. These photos were also published in a book that sold across the country.

VR (Virtual Reality) is the next wave of disruption and Paris Match has already embraced this. VR has the ability to place the audience inside the story. In January Paris Match and Google Cardboard allowed the audience to experience climbing Mont Blanc.

It is always going to be important for us to be where the reader is, said Royant. “But for us it is not about the clicks, but about the quality of the journalism. The story is always more important than the platform.”