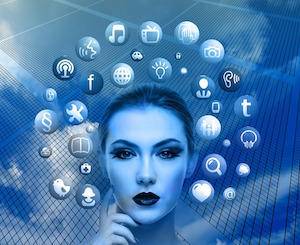 OPINION: There’s this old saying that has been around for ages, “Don’t believe what you read in the newspapers”.

I reckon that is about the most ignored consumer advice in the history of mankind.

Mainly because human beings still appear to trust absolutely everything they are fed by the mass media. Which in the case of genuinely non-aligned media is not a bad thing because the vast majority of content they produce is pretty factual. And where there is the occasional error, I believe this can be forgiven in exchange for the job they do keeping corrupt politicians and businessmen in check.

The trouble is, it is becoming increasingly difficult today to find non-aligned and truly independent mass media. Mainly because the old rule of journalism about not presenting news unless one can tell both sides of the story, has largely been abandoned.

Today, many journalists, TV anchors and radio hosts have become opinionistas with their own particular agendas. Admittedly some of these agendas are praiseworthy in the pursuit of truth, justice and peace. But, most aren’t.

But, right now, what social media is teaching us is not to believe everything we read in the newspapers.

What with the bloodletting and blatant lying by U.S. presidential candidates now having reached epic proportions, the socio-political upheaval in Europe and here in our own country, the defence of self-enrichment and unashamed placing of the party before the state, has led to a cacophony of mass media speculation and the mass media pushing way past the boundaries of the envelope in a frantic bid to acquire more readers, more listeners and more viewers.

But, there is perhaps a glimmer of light at the end of the tunnel. A faint flickering that might lead to society becoming less gullible and more questioning.

I have noticed recently that more and more conversations are being interrupted by people pointing out that what has been presented as fact by someone is in fact complete nonsense, usually quoting sources such as Snopes.com, which is a wonderful tool for separating fact from fiction.

The fact that social media is a two-way street ideally involving conversations between participants means that the more rumour mongers and naïve re-tweeters and sharers are brought down to earth when posting dubious fact, the more they will start to think before knee-jerking their way towards an embarrassing put-down.

Right now, social media is flooded with absolute rubbish. That isn’t going to stop but hopefully the more the purveyors of this nonsense are shamed, the more responsible citizen journalists will become.

But, right now, what social media is teaching us is not to believe everything we read in the newspapers.