The modern family in hard times 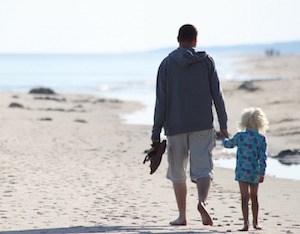 I was intrigued to discover that the Media24 Lifestyle division recently carried out a survey on the ‘modern family’. This magazine publisher runs a cloud-based customer intelligence platform, ‘mysay/eksê’ to gather ongoing, real-time feedback and insight for their brands. These range from YOU, Drum, Huisgenoot to Fairlady, Sarie and Kuier. Given the brands, the topic and the survey platform, it is not surprising that the respondent base has a distinct profile – white (80%), female (70%) and mature (73% over 40 years).

The fieldwork for the survey was concluded in May 2016 and a trace of economic gloom runs through the survey results. Stats SA had identified a “sharp contraction” in the economy in the first quarter of this year; The FNB/BER Consumer Confidence Index decreased to minus 11% in the second quarter, with households weighed down by concerns over inflation. Not surprisingly, respondents to this survey identified the primary causes of stress at home as “financial issues”. When questioned on the issue of debt, 45% of respondents confessed that it was incurred in attempting to meet their basic living costs. (However, just over a third stated that they were in the enviable position of having no debt at all.)

The familiar issue of time poverty expressed itself in the second cause of stress at home: the challenge of “balancing life and work”. Lesser concerns were “difficult and insubordinate children”, “differing parenting styles from partners”, and “conflict with partners”.

The sense of economic constraint coloured the activities these families do together. They indicated that they were having more meals together at the table, watching more TV together, or combining those two activities and having a meal together in front of TV. They were also cooking family meals together more often. By contrast, they were going out to the theatre or the movies less often, and reducing the frequency with which they cooked for entertainment.

Respondents were asked to compare their current family life with the one in which they had been raised. Reassuringly, the most noted differences were greater tolerance of cultures, races and sexual orientation. Respondents also felt that they now spent time on things that mattered and had different ways of spending their spare time. They felt that children now had more say in family decisions, and even in shopping.

On being asked about changing roles and chore allocation, respondents indicated that there had been a shift over the years. The most popular description was that of “being equal partners” in the relationship. In second place, was the arrangement that everyone in the family helped with chores; in third place, was the claim that their partners shared chores.

This move to a more egalitarian division of roles should increase the happiness of these marriages. I recently read in the World Family Map 2015 essay that having a partner, who helps in some way, is more important to happiness, than the exact way in which paid and domestic work is divided.

The importance of family to the respondents explains some of the additional reasons for having debt. Around a quarter incurred it for educational purposes, or in an attempt to give their children better lives than they had enjoyed. A mere 9% resorted to debt to help them maintain a high standard of living. Some 21% admitted that they used debt to indulge in the “odd luxury and spoil”. Popular self-indulgences were clothes, books, chocolates, shoes, hair, perfume and magazines.

Overall, 43% of respondents had adult children living with them at home. This tendency was much more pronounced in black, coloured and Indian families than in white households. Over half of these respondents had children who were studying, while a third had working children. Only 10% indicated that their children were unemployed; an even lower percentage indicated that these dependents could not afford to move out, or were disabled.

Some 19% of respondents identified themselves as single parents. Over two thirds of these, indicated that they received no maintenance for their children and earned most of their family income themselves. Therefore, their major concerns were financial, specifically being able to provide well for their children. Fortunately, over 75% of these single parents lived with their parents, and were able to tap into the support of extended family structures to mitigate the challenges of single parenthood.

Impact of technology on family life

The survey also delved into the impact of technology on modern family life. These parents were remarkably pragmatic, with just over half suggesting that this was their children’s world and that they needed to understand it. Just under a third, notably those with younger children, felt that they were in a position to limit the amount of time their children spent in the digital universe. Only 14% of respondents felt their children’s relationships with this world was out of control, and they were most likely to be the parents of teens.

In line with this accepting view, three quarters of these parents actually felt that technology had shrunk the gap between adults and the youth. Almost all respondents felt that connectivity, whether it be between people, products or brands, had been improved. Their enthusiasm for tech was not wholly unqualified though: just over half felt that technology had invaded their time and space.

Even in this digital world, these parents felt it was extremely important for their children to learn traditional values. Responsibility and respect, hard work and perseverance, determination and obedience were considered the most important values for their children to acquire – certainly sound ones on which to build their lives.

The desires these parents expressed for their children were characterised by realism; they wished for good health and happy relationships for them, ahead of successful careers.

A similar down-to-earth approach pervaded the way these respondents approach their lives. Asked how they find time for themselves they readily confessed to spending less time on work, housework, chores, TV and even friends. The time they gained, they chose to bestow on their partners, then on their children and only after that, on themselves. They valued spending time with their loved ones over spending money.

The editors of the Media24 Lifestyle division will doubtless find this survey useful for fine-tuning their content. It also provides advertisers with insights into the evolution of values in constrained times. It suggests that advertisers would do well to tap into the renewed importance of family ties, and to recognise the value families now place on spending time together.