We’ve got an app for that… 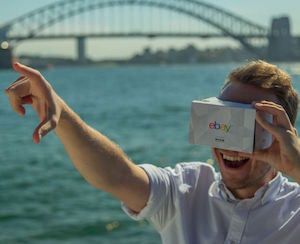 There will always be a place for brands and people to innovate. At the moment it’s all about the app. Big ones, small ones, clever ones and some that don’t seem to have a point. While some companies tweak existing apps, others innovate and build applications based on new requirements.

By now we’ve all interacted with a lot of different apps. Whether it’s related to sport, photography or the weather, there are many different apps within the same category that offer only a slightly different experience, if at all. For example, the recent launches of Instagram Stories is, let’s face it, pretty much SnapChat in its infancy, and Google has just launched a new video chat app called Duo which is meant to rival Apple’s FaceTime.

I’m beginning to wonder if we don’t have any more imagination or creative ideas? Have we got nothing else to do other than copy another person’s idea?

Well, after reading a few articles I can safely say we are nowhere near running out of stuff to invent or re-invent. If you take a look at innovations such as SnapChat, Uber and Airbnb they’ve just found a way to re-use what has always been available; the difference is they’ve streamlined the process between consumer and product in a really clever way.

Slack is an innovative app that’s quickly revolutionising how businesses operate by being the modern equivalent of an internet chat room for teams. Log in to communicate with your colleagues in public channels or private groups, share files, or work off the same document. The app is geared toward businesses large and small that need a way for their employees to communicate internally. While this may not replace email completely, it is changing the way we currently communicate within an organisation.

Of course the topic that any techie will talk to you for hours about is Virtual Reality (VR) and globally e-commerce giants eBay are leading the retail innovation by creating the world’s first virtual reality department store.

It’s not just apps or services that are innovating, consumers themselves are reinventing the way they research, browse and shop. Websites have had to evolve from being purely desktop driven, to incorporating mobi sites, to being fully responsive by allowing consumers to access their content from any device.

It’s only a matter of time before TV commerce becomes a reality and consumers start shopping from their Smart TV’s which again will force brands to reinvent themselves for that device experience. Of course the topic that any techie will talk to you for hours about is Virtual Reality (VR) and globally e-commerce giants eBay are leading the retail innovation by creating the world’s first virtual reality department store.

The process started roughly 12 months ago and has been consistently tweaking the system in order to meet consumer needs. The concept is surprisingly simple with users requiring a VR headset, an iOS or Android device and the eBay Virtual Reality Department Store app. The user chooses the departments they would like to shop in and browses around, resulting in a custom made virtual store based on the user’s shopping history and departments selected.

It sounds amazing, but they’ve basically taken the Spotify or Apple Music model where playlists are suggested based on your song choices and plugged it into a different device and format.

In closing we have nothing to worry about when it comes to brands, products, apps, devices or anything for that matter, innovating itself to meet consumer needs. As long as the world keeps spinning we’re not going to run out of anything new anytime soon because our needs and requirements are constantly changing, or do consumers change their needs based on how the world is innovating? I’ll let that sink in.