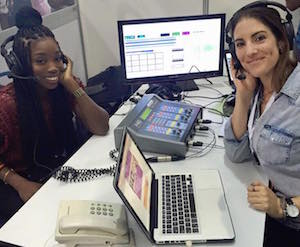 It’s been six months since the SABC’s decision to playlist 90% local music on all 19 of its radio stations.

As the SABC owns the lion’s share of ears and in turn minds, hearts and digital thumbs, this was a move that would most certainly affect the entire media industry at the very least and the nation’s social fabric (when you understand the power of music to bring people together) at the most.

This week, the Broadcast Research Council released its second RAM diary, which gave some indication of where the SABC’s stations stand after the 90% decision.

As per research usual, I need to preface this piece with a disclaimer. There is no real way to assess how the 90% decision has affected stations because consistently trended data cannot be reviewed across the period. Field work for new diaries began on 7 January, the 90% decision (which was indeed implemented overnight) took place on 11 May and the first BRC RAM diary was released at the end of August. The BRC has established an entirely new survey, sample and methodology during the year which means that we cannot compare who was listening in the sample to who is listening now and we will never be able to. So we need to let that go in the name of robust research and incidental timing. What we can do, however, is look at listening patterns over the course of this year.

I am excluding the SABC’s language-based radio stations in this discussion because in many cases they operate without direct competitors. The giants that are Ukhozi FM and Umhlobo Wenene FM broadcast in the most widely spoken languages in South Africa and cover much larger geographic footprints than their regional and community competitors. The lens is then most focused on SABC’s national music stations, Metro FM and 5FM, which broadcast in English. The figures are very interesting.

Metro FM shows a decline both in average daily cume and one week cume. Taking a closer look at the figures reveals that this is predominantly related to the drastic change in their very popular Sunday programming. Most of us radio heads would hardly raise an eyebrow at that. Generations of South Africans grew up on Metro FM’s Sunday programming and until the 90% decision was made, they boasted a highly unusual proposition in that their Sunday listening beat out their weekday drive shows over and over again.

5FM shows a very stable picture with a slight up-tick in average daily cume. I’m going to go ahead and say that this is faintly surprising. As a station that built its brand on the best in music from across the country AND around the world and promised the biggest and best in music events featuring both local AND international artists, the 90% decision was expected to affect the Live Loud community the most. Yet we see a strong picture in the numbers backed by the station’s remarkable and truly nation building demographics. 5FM truly lives loud and local.

Returning then to the points I made when the 90% local music decision initially took effect and where we stand now:

This is of course still true but it has happened from two different angles. The first angle is that of the artists’ community which we expected. I’m up to 200 odd local music submissions a week at 5FM and while there is some sense of entitlement among certain artists that being local is enough to get playlisted (it’s not), on the whole my DJs and music desk are discovering lots of new talent that were simply too shy to come forward or too little to beat out Beyoncé in the playlist meeting.

A sneak peak (as Clare O’Neil of the BRC would say) at the establishment survey for the whole media industry shows the power of radio… and digital… which is a match made in heaven. South Africa is a radio engaged nation.

True. 5FM has done this and through innovative development of new local music supporting features and shows, the station has embraced a powerful local proposition. As 5FM’s programme manager would say, differentiation has to happen eventually, and this has become a key differentiating factor for the station.

But now they have some figures to use in their media planning (thank you BRC) and they speak volumes for brand alignment. It’s no longer a bear market, it’s a bull pen.