Kenya: Emerging from the storms 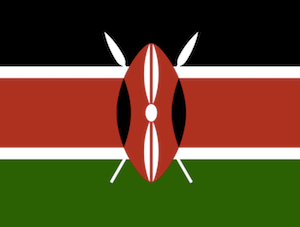 The Kenyan media landscape has become dynamic and diverse thanks to forward-thinking government policies and accomplishments in the mobile sphere.

The United Nations’ World Population Prospects estimated the 2015 population of Kenya to be about 46 050 000. More than 80% of the population is under 40; only 25% of the population is urbanised. Adult illiteracy is low at about 27%; the sub-Saharan Africa average is 38%. Whilst the Ministry of Information, Communications and Technology has identified 53 distinct community languages, there are two official languages – Kiswahili and English.

The Kenyan Bureau of Statistics (KNBS) provisional GDP estimate for First Quarter 2016, is 5.9%, up from 5.0% in Q1 2015. The Ernst & Young Africa Attractiveness Index 2016 ranked the country fourth, after South Africa, Morocco and Egypt. It is little wonder that Kenya serves as a hub for the East African marketing and advertising industry.

Barack Obama described Kenya as a “country on the move”, and it has certainly moved swiftly to become one of Africa’s tech leaders. A forward thinking government Information and Communications Technology (ICT) policy encouraged the development of ICT infrastructure.

Print remains under pressure unsurprisingly in a country of mobile-attached youngsters. There are 6 dailies, 7 weeklies, scores of regional newspapers, and more than 25 magazines, but daily reach of print is 8%.

The largest circulating newspapers are Sunday Nation, Daily Nation, Standard, Star and People. In its 2015 Annual Report, The Standard Group acknowledged the problem of declining circulation, which it is attempting to tackle via “creative selling”, revamping and redesigning.

A print success story is the Nairobian, launched in 2013. The newspaper runs a column, The Nairobian Defender, dealing with unresolved public complaints. It has attracted new readers and increased circulation to over 100 000!

Unfortunately, Kenya’s migration to Digital Terrestrial Television (DTT) was fraught with problems. The most problematic issue, however, was the Communications Authority’s (CA) decision to issue only two broadcast signal distributor licences.

The intention was to allow broadcasters to share transmitters and “develop content and not invest in expensive infrastructure”. Licences were awarded to Signet, owned by the Kenyan Broadcasting Corporation and a Chinese company, the Pan African Network Group (PANG) connected with the pay TV service, StarTimes.

The three largest Kenyan media groups – Royal Media Services, Nation Media Group and The Standard Group – suspiciously rejected the concept of broadcasting on another company’s infrastructure. Lengthy and acrimonious bouts of litigation ensued, delaying the switchover date. Eventually the Supreme Court refused to allow an extension of the deadline beyond June 2015.

When Nation, KTN and Citizen failed to turn off their analogue signals, the Communications Authority did so for them. These stations, in turn, withdrew their content from subscription television broadcasters. The stalemate lasted three weeks and had a significant impact on the protesting broadcasters’ revenues e.g. The Standard Group reported an 80% broadcast revenue drop in the last quarter.

The standoff has been resolved and Kenya currently has 62 TV stations. By 31 December 2015, 60% of the population had access to digital television. Of the total 3 094 893 set top boxes on the digital terrestrial platform, the bulk (2 677 909) were pay TV boxes rather than free to air.

‘The Impact of Digital Technologies and Internet on Media and Journalism in Kenya’ report highlighted the trend of ‘co-opetition’, where competitors work together to mutual advantage. The Standard Group was cited for its deal with Radio Africa for a 50% stake in Lancia Digital Broadcasting, the owners of Bamba TV, a free to view multiple channel service.

In the competitive DTT world, this move spurred StarTimes to announce a significant reduction in subscription fees to its premier pay bouquets. MultiChoice increased DStv costs, but offered a more budget friendly offering in GoTV. Zuku, another pay TV operator, could benefit from the entrance of Netflix into the market, as it bundles affordable internet with its service.

Kantar-GeoPoll Media Measurement uses a mobile methodology to collect daily data on TV in Kenya. During the first quarter of 2016, Citizen TV remained the lead broadcaster, followed by KTN, NTV, K24 and QTV.

Radio to choose from

Given the diversity of language, it is not surprising that Kenya has 139 radio stations. The overall daily penetration of the medium is 61%, placing it second to mobile.

The predominant stations in the mass market, according to Kantar-GeoPoll Media Measurement, are Citizen Radio followed by Radio Maisha, Jambo and Classic. Mass stations are complemented by niche stations with an upmarket appeal such as Capital, and non-profit community stations.

Another medium offering broad reach and coverage across all LSM groups is outdoor. Russell Stuart, MD of Primedia Out of Home Africa, pointed out that Nairobi County outdoor regulations are inhibiting the development of digital screens. Advertising on “road reserve” is not allowed; it must be located on private property, away from the road, requiring large and expensive displays.

For the first quarter of 2016, The Communications Authority of Kenya reported 38,3 million mobile subscriptions (89,2% penetration) and internet reach levels of an estimated 87,2%.

TNS’s Connected Life 2016 study, covering the behaviour and attitudes of internet users across 50 countries, shows that connected Kenyans spend 62% of their media time on their digital devices, primarily on their mobiles. Instant messaging (86%) and social networking (83%) are the most widely used platforms, but there is increased enthusiasm for uploading content (63%), reading sports and news (58%) and gaming (51%).

Kenya’s accomplishments in the mobile sphere have been prodigious. Forbes wrote that M-Pesa “reshaped Kenya’s banking and telecom sectors, extended financial inclusion for nearly 20 million Kenyans, and facilitated the creation of thousands of small businesses”.

A driving force in local app development has been the attempt to solve local problems: iCow provides advice to small dairy farmers and M-Farm provides real time prices for crops to farmers. With Kenyans developing an appetite for gambling, sports betting on mobile platforms such as SportPesa, Betin, JustBet and Betyetu, is booming.

The Media Council of Kenya published an investigation into The Impact of Digital Technologies and Internet on Media and Journalism in Kenya. In this, Levi Obijiofor explains, “The youth are attracted to social media because of the “greater freedom they confer on citizens, particularly freedom from political, social and economic control by political leaders”.

The concentration of media outlets in the hands of a small number of media owners with strong political affiliations, is a notable feature of the Kenyan media landscape and has been a catalyst for the use of social media and blogging.

The Kenyan government has increasingly become a user and monitor of social media. Socialbakers’ statistics show that president Uhuru Kenyatta enjoys the third highest number of likes on Facebook and the highest Twitter following.

The Bloggers Association of Kenya (BAKE) in The State of Blogging and Social Media in Kenya 2015 Report, highlights the attempts to threaten online freedom and identifies people who have been persecuted.

Most recently, a consistent and controversial critic of the Kenyan government on Twitter was found shot dead. Suspicion that this was a political assassination led the iAfrikan.com newsletter to question if he was Kenya’s “first digital martyr”.