Unwavering commitment and passion (With Video) 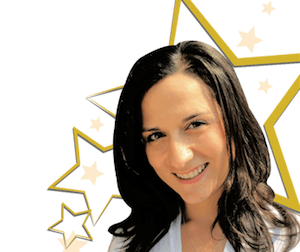 Ilsa Gräbe was awarded the Media Agency Rising Star accolade at this year’s MOST Awards. The award honours innovative, up and coming talent developing a reputation as someone worth watching, and Gräbe ticks all the boxes.

“Ilsa is always the first person in the office in the morning trying to get a head start – she is fiercely competitive and always aspires to be number one.” So says Celia Collins, managing director for Carat, Johannesburg, where Gräbe was strategic director until very recently.

Collins has previously lauded Gräbe for being “an absolute bundle of positive energy,” who was “always full of knowledge and keen to impart it to clients” and “at the forefront of what’s happening” – all qualities that have served her well. In a relatively short period of time, Gräbe has garnered plenty of accolades and achievements. She was awarded a bronze at the Internationalist Media Innovation Awards in 2008 for a campaign for Dunhill Fragrances, and was the youngest ever judge for the Roger Garlick Awards. She has also served as an AMASA committee member and is a very highly regarded media trainer, with plenty of teaching experience.

“Ilsa is a fully engaged individual who always gives of her best,” says Dawn Rowlands, CEO of Dentsu Aegis Network, Sub-Saharan Africa. “Her upbeat approach to life and work is contagious. What I admire most about Ilsa is her ability to move beyond major setbacks and to achieve success”.

A force to be reckoned with

And, by all accounts, Gräbe has been a force to be reckoned with, right from the start. As a student working on her BA Integrated Marketing Communications degree at AAA, where she specialised in media management, Gräbe won Top Student in 2006. She began her career a decade ago at Starcom MediaVest, first as an intern and then working as an analyst on the P&G account, where she worked up into a strategic position on the account while also working across the Nestle and Renault businesses.

In 2010, Gräbe moved to Carat, where over the next six years she worked across global and local blue chip brands. Here, her accomplishments included leading the Nokia / Microsoft business, heading up the Mondelez team for 3 years, as well as having worked on global brands such as MasterCard, the Walt Disney Company, Mattel, General Motors and local clients like Old Mutual, Airlink, and the CSIR – to name but a few.

She is described as a seamless offline and online strategist, with a passion for the growth and development of teams and a deeply rooted passion for uncovering solutions that drive a brand’s business outcomes.

“Ilsa’s unwavering commitment and passion for the industry is phenomenal,” says Collins.

Gräbe, in turn, speaks very highly of her colleagues: “I work with incredible people and we all harness each other’s strengths. A culture of learning from each other is integral not only to a company’s growth, but also on an individual level.”

A “self-confessed foodie and avid gardener,” Gräbe’s commitment to her industry is such that outside of work, she runs the industry media management course through AMASA. In 2014, Gräbe studied towards and received a Certificate of Advanced Digital Accreditation, Digital Communication and Media/Multimedia from London’s GSM.

As of August 2016, Gräbe entered a new stage in her career, taking up the role of communications and engagement manager at Heineken. New challenges await, but with the same passion and commitment that got Gräbe this far, she will no doubt continue to blaze ahead.