LATEST NEWS
Home Agencies Communications US Elections: The power of social media translation to include all conversations

US Elections: The power of social media translation to include all conversations 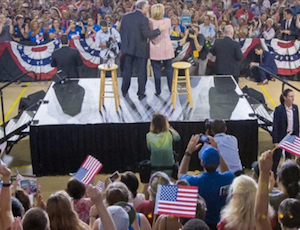 “You can get any of this content translated by a translation agency, but the risk of using ‘invisible’ translators is that you don’t know their context or the level of knowledge they have about a news event,” An Xiao Mina, director of product at Meedan told the World Editors Forum.

The added value of the tool called ‘Bridge‘ is that it finds suited translators; people with journalistic sensibilities who either come from the relevant community or understand the minority group well. For the US election, it applies additional editorial control by having translations curated, edited and approved by Global Voices editor Robert Valencia, a New York-based political commentator, and translator. 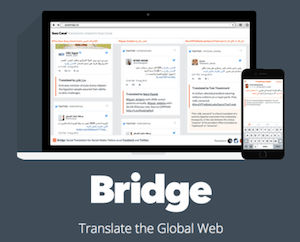 The US election translation project is done in partnership with Public Radio International. All translations of social media messages from, to, and about the US Presidential candidates in the 2016 elections are available on the interactive dashboard. Newsrooms can pick up any items and embed those into a story.

Language barriers are a key aspect to reporting today

“I hope Bridge brings in different perspectives and will broaden the discourse about the impact of elections,” said Mina, who has studied the effects of language barriers on global coverage as a 2016 Visiting Nieman Fellow, and will soon continue her research on a fellowship at Harvard’s Berkman Klein Center.

Language plays a key role in this year’s election, not only because the American electorate is significantly more diverse, but also because social media has become essential to campaign success, and on top of that, much of the debate is happening online.

It is not for nothing that US candidates all set up multilingual digital strategies to reach minority groups. Having them post in Spanish, Arabic, Hindi and other languages is groundbreaking, according to Bridge-collaborator Mira Nabulsi, but “more work needs to be done to demonstrate true linguistic (and, by extension, cultural) inclusivity”.

In an article on Civicist, Nabulsi sheds light on the communities’ responses to the “social media slip-ups” and “something clumsy” emerging political outreach, proving once again that mere linguistic translations are simply not enough.

To improve the multilingual and cross-cultural communication, Nabulsi lists five recommendations. One of which is to be more transparent about who is translating on behalf of candidates who may not speak the languages. As it seems, it has already caught on as Hillary Clinton’s Spanish Twitter account clearly labels those tweets that originate from herself, but have been translated. 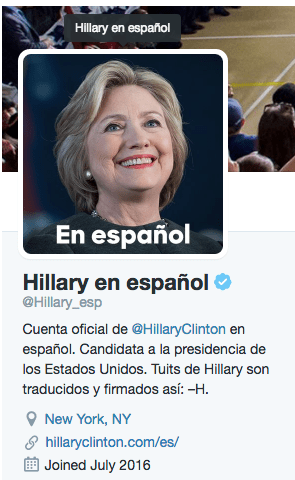 Image: Tweets from Hillary are translated and formatted like this: -H (Source:Twitter)

The Bridge tool is still in pilot stage, but its technology is already being used to collaborate with News deeply, National Geographic, Public Radio International, Global Voices, Hong Kong university, and as an outreach tool for conferences. Overcoming language barriers can help news organisations reach new audiences, and have significant social impact.

For the moment, the focus is on planned news events as it enables the platform to optimise its technology and best practices. Not being able to translate everything, the team experiments to find out what content makes sense to be translated. That way they can establish strategic ways that serve readers.

Looking forward, the team aims to grow its network to respond to breaking news events, which are increasingly led by social media. For example, the Paris attacks saw tweets in French, Arabic, Spanish, Japanese, and many other languages. Bridge would have used translators who understand the journalistic process to identify important online conversations, translate those and integrate them in the coverage to discuss what goes on in different communities.

One of the challenges to be able to cover breaking news is improving translation turnaround time, frequently at 30 minutes or less from publication to translation. Speeding up the process requires a large network of translators able to respond instantly and anywhere – by mobile phone waiting for the bus for example.

A crowdfunding campaign this summer helped Bridge extend their network, in terms of attracting translators and establishing long-term conversations with potential funders and community members. Financially, it was less successful, as it raised only 30% of its objective. This was due to unfortunate timing – right after the Orlando shooting, Brexit and elections – and perhaps the fundraising method may not have been a good fit for the project, according to Mina, who said they are exploring other models of support.

Bridge relies on funding from the Cisco foundation and receives funds from the Knight Foundation as part of the work with National Geographic’s Out of Eden Walkproject. Meanwhile, it is looking to set up a sustainable business model for translations in journalism. Meedan currently monetises Bridge in two ways:

Commission – It is building into the platform a micropayment system for translation requests. And also it already receives collective revenue from news organisations that order bulk amounts or requested translations for single stories or certain periods of time.

Licensing – News organisations and universities can license the Bridge software as a cost-effective way to make their in-house translation activities more user-friendly, providing some of the benefits of a native social media reporting tool, such as easily publishable content. 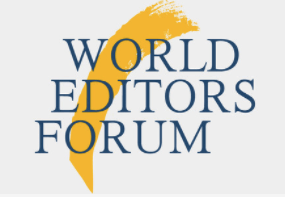