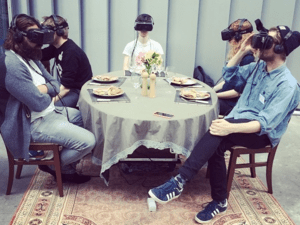 Virtual Reality is making progress in journalism, yet the emerging medium is still not mainstream. For newsrooms that haven’t started producing VR, getting on board may become a little bit easier as the equipment becomes more accessible, and pioneering organisations establish best practices for VR storytelling.

The Guardian recently announced the creation of a new team dedicated to virtual reality as “an ongoing commitment to digital innovation in journalism and working with emerging technologies to create immersive and impactful storytelling”. In an article providing extra insight, executive director Francesca Panetta said that VR offers two aspects that set the medium apart from any other form of storytelling: embodiment and perspective.

Like the Guardian, many other major media organisations see the potential of VR. And even though adapting to new technology has always been challenging, in particularly for legacy newsrooms, they have invested time and effort to experiment with it. The New York Times, The Wall Street Journal, The Associated Press, Time, The Economist, CNN, Ryot-Huffington Post and Euronews all produced a great number of VR stories, and their collective efforts are establishing best practices.

The Associated Press lets readers travel in 360 video to North Korea, one of the world’s most reclusive countries:

While VR shooting is becoming easier as news organisations are learning from each other, more research is taking place to find out how audiences respond to the medium.

Nielsen, the global information and measurement company, found that amongst more than 8 000 consumers, nearly a quarter (24 percent) said they will likely use or purchase a VR headset next year, and the Interactive Advertising Bureau (IAB) concluded that the increased consumer use of 360-degree video is a critical first step in VR’s growth into a mainstream marketing channel. However, a lack of quality content is holding back the adoption of VR, according to a survey by corporate law firm Perkins Coie and San Francisco-based VR collective Upload.

These sometimes conflicting studies don’t make it easier for newsrooms to decide whether to invest in VR or not. “The main challenge for VR is that currently everything is in flux,” said tech journalist and CUNY Tow-Knight fellow Deniz Ergürel, who founded Haptic.al, a digital media publication for industry news, information, and analysis on VR. “Hardware, software, and distribution channels are constantly evolving,” Ergürel said. Yet, he is optimistic about the future as he believes that these uncertainties open the door for new experimentations, and lower the entry level to become a leading brand in the new medium.

For newsrooms that haven’t started producing VR and wish to get on board, there are currently two options in terms of camera equipment: 1) special rigs with multiple action cameras, or 2) single 360-degree cameras. “I would recommend the multiple camera rigs for high-quality productions and the single cameras for daily news,” Ergürel said. Camera rigs offer higher quality but the video stitching process is complicated, he explained. Single cameras are easy to use and carry around but the image quality is lower than the rigs.

One of the most prominent developments in VR this year is the meeting of major brands and consumers, according to Ergürel. Single 360 cameras, now integrating the consumer market, are also being used by professional journalists. “Like all markets, as the competition gets stiffer, the prices go down and the quality goes up,” he said.