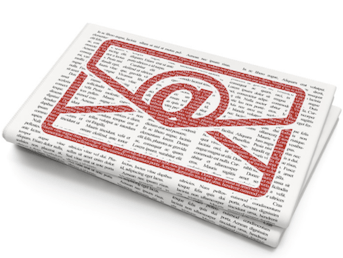 Just over a year ago, Stewart Butterfield – who invented the rapidly growing message app Slack – joined the list of prophets declaring that email was dead and that productivity apps like his were a more effective means of business communication.

He is not the first – and will no doubt not be the last – to predict the demise of email, but nearly four decades since the first emails were sent, they have only grown as a mainstay of human interaction. With the shift from BlackBerry devices for executives to near-universal individual ownership of smartphones in many countries, they have become an ever more widely used medium for pleasure as well as business by an ever greater variety of people.

Despite their limitations, emails can play a valuable role in journalism and the public communication of ideas, including at The Conversation, conveniently “pushing” content to busy readers increasingly faced with two burdens: The information overload and the explosion of digital channels – from web homepages and apps to social media platforms – vying for their attention.

Now they are being re-embraced by newsrooms struggling for readers’ attention and in search of new business models. I decided to investigate the trend, spurred by fresh investment from “legacy” print media such as the New York Times, digital “natives” such as BuzzFeed and Apple, and older journals upgrading with innovative funding such as the Washington Post under its new owner, the founder of Amazon, Jeff Bezos.

In marketing, emails never fell out of fashion. They have long been seen as one of the most powerful ways to target consumers and entice them to buy goods and services. Evolutions such as good spam filters to remove junk have made the survivors ever more attractive and effective. That explains why the volumes sent continue to grow: An estimated 215 billion will be sent during 2016 alone.

But, for a long time in journalism, emails were neglected. The digital revolution triggered an explosion in the amount, variety and accessibility of content (albeit much of it recycled). It also fostered an ever greater number of innovative ways to showcase and display material, from interactive graphics to multiple social media channels.

While journalists (and the developers producing the associated tools and platforms) may love this trend, many readers with limited time are overwhelmed, intimidated, distracted and some even turned off entirely – or diverted towards mediocre or manipulated news and analysis – issues which have been at the core of the US presidential election.

The web homepages of media groups are waning, with their influence as an arbiter of judgement on the important stories of the day superseded by ever more popular intermediary services led by Facebook. Apps also struggle for attention and digital platforms come and go – as the current pressures on Twitter and the closure of Vine show.

The recent furore around Facebook’s biases in the selection of content made by young journalists working to company guidelines has revealed two things: the limitations of algorithms alone to judge news and the risks of a “filter bubble” that restricts information flowing to readers, who are sometimes unaware of the built-in biases.

Email has many limitations, but at its best it overcomes some of these drawbacks by delivering focused content encapsulated in at least four concepts. The first is discovery, helping readers to find selections of articles without having to search laboriously among and within multiple news sources.

The second is curation, a much overused word when appropriated by almost anyone sharing their favourite articles or music. But, like the curator of an art exhibition, the best editors handpick a small selection of high-quality journalism from different places and write a narrative (often personalised) around it to produce structure and meaning.

The third is serendipity. A reader can always consciously select – or have an algorithm pick for them automatically – articles that they know they want to read, based on previous reading habits or pre-selected subjects. A skilled editor or journalist can push beyond that comfort zone by providing a broader presentation of other news that they did not even know would be interesting or important. That is the value of the old print front page or web homepage, now on the decline.

Finally, there is finishability. Emails are concise, overcoming the readers’ sense of being overwhelmed by limiting the length and the number of items made available. Contrast that with the “infinite scroll” of endless content on many websites and social media platforms which can never be fully read and can leave readers frustrated.

Different newsrooms have taken multiple approaches to email newsletters, with some simply providing automated headlines and links, while others also offer considerable original commentary. Business models also vary: emails may be only for existing subscribers, supported by advertising or used to persuade people to pay.

But newsrooms of all sorts are increasingly launching them: some with headlines only, others with full content – and more with every variant in between: with and without images and hyperlinks. The danger today is that a glut of too many such new emails will in turn turn readers away.

None of the four positive characteristics are or need to be unique to emails. The principles of discovery, curation, serendipity and finishability should be important to media groups regardless of the format, platform or channel employed. Email itself may well fade away as technology advances and better mechanisms evolve. But the curated content that is their mainstay deserves to live on.